Rugby: What the Springboks can learn from Joe Schmidt’s Ireland turnaround 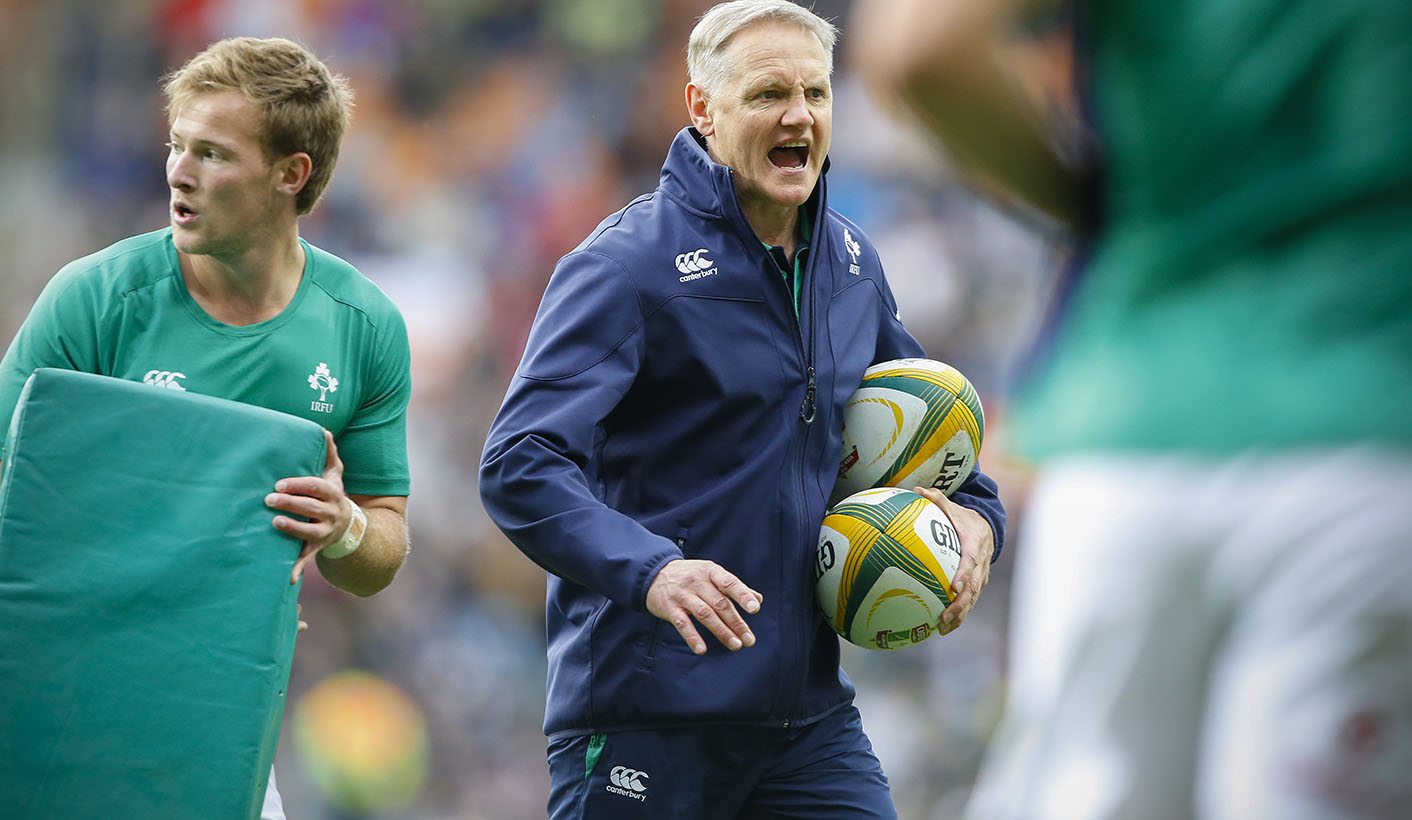 Ireland are Six Nations champions again – with a game still to go. They face England at Twickenham next week, where they could wrap up the Grand Slam. Under coach Joe Schmidt’s tutelage, they have completed a remarkable turnaround from which all teams, especially the Springboks, could learn a lesson or two. By ANTOINETTE MULLER.

On Saturday night, with one match still to go in the 2018 Six Nations, Ireland were crowned champions. Having beaten Scotland earlier in the day, the trophy slipped into their grasp as England lost to France in Paris.

It is their third under coach Joe Schmidt, who took over the job in April 2013.

Since then, Ireland have won 40 out of their 55 matches – a win percentage of 73.63%. They have, South Africans will not so fondly remember, beaten the Springboks, New Zealand and England in that time.

It is a remarkable turnaround for a team which, before Schmidt took over, had their worst ever finish in the Six Nations. They won it the very next year.

The side stands on the brink of winning a Grand Slam and beating their previous longest run of successive wins when they face England at Twickenham this weekend. That’s quite something.

Regardless of what you might think of northern hemisphere rugby, Schmidt’s role with Ireland and what he has achieved with the team is remarkable when you consider the context.

Rugby, despite the vocal crowds that bellow out on TV, is the country’s fourth most popular sport. The national side is essentially picked from four teams and the count for registered rugby players in Ireland is just over 150,000. England has almost two million, according to World Rugby.

Population figures are often used to underscore New Zealand’s brilliance in the sport, but rugby is so ingrained in the culture there that the two can’t really be compared.

Instead, Schmidt’s ability to get the best out of the resources he has is what sets him apart from other coaches.

Infamously, at one of his first ever training sessions with Ireland, Schmidt complained that there was too much rubbish lying around on the pitch. He wanted everything tidy before starting.

It might sound simple. But it works on the basis of very simple psychology. Getting casual about things that might seem small subconsciously grants permission for slipping up in the grander stage.

There are several other such examples told by players who have served under Schmidt’s tutelage.

He is a stickler for time and expects his players to arrive for meetings 15 minutes early. But, even if you present yourself at the required time and the rest of the side is already there, you might find that the meeting has already started.

“Why should we wait for you?” Schmidt might say.

And he is dead keen on paying attention. Former Ireland international Donncha O’Callaghan told the story of how, ahead of a camp, players were asked in correspondence to bring along their gum guards. The camp was about team bonding, so some players ignored the instruction. Others didn’t bother reading.

Upon arrival, as the camp was split into groups with the intention of competing against each other, Schmidt told those who had left their gum guards at home to leave the team building and go to fitness work. More important, it left their team a couple of men short.

The message was simple: if you don’t pay attention to everything and you do not respond to it, you will end up costing your team.

In the modern sporting era, extreme focus is becoming increasingly important. The pressure on pros is massive, but as the saying goes: the more I practice the luckier I get.

And it is vital that pathways to excellence are mapped through everyday existence. Schmidt is going to barge into your room and bollock you because your desk is untidy, but chances are your desk will be neat because his training sessions have given you the tools to be focused at all times.

It is a coaching approach that truly understands what it takes to be an international athlete and it’s not something that is exclusively reserved for those who played at that level.

Schmidt never played. He was a schoolteacher. But his understanding of the human psyche and how everyday existence intertwines with driving excellence is what sets him apart.

And, to their credit, it’s the Irish Rugby Union’s continued trust in those systems (Ireland were third in the Six Nations in 2016 and runners-up in 2017) that has helped them shoot the lights out.

And then there is Nick Winkelman. He joined the IRFU in April 2016 under the title Head of Athletic Performance and Science. An American with no rugby background at all, Winkleman’s job is to be the person behind the people and to engineer performance systems that get the best out of them, mentally and physically.

He adds context to strength and conditioning and dovetails with Schmdit’s tactical nous, ensuring the Irish have top-notch skills and fitness in all departments. Long gone are the days when just being a big, burly bloke means you’re good at rugby.

It hasn’t always gone well for Ireland, but poor performances have become outliers.

Both coaches also prove that you don’t have to have a direct background in the sport to get the best out of players. In some cases, that might help – and it might very well be the case for new Bok coach Rassie Erasmus.

While some questions remain over the process that was followed to appoint Erasmus in the first place, he certainly has the analytical tendencies that are valued at top level. How he applies what he learns from the data will be his biggest test.

But the most important lesson South Africa can learn from Ireland’s success is how high-performance brings out the best in people. And while the country’s problems for consistency are far bigger than just changing a coach, engineering systems that allow the coach to thrive is critical.

And it’s not as if the intellectual property on how to achieve this high performance is absent. They already have the blueprint for it with the Blitzboks.

But it is absent from most of the country’s domestic teams. The challenge is creating an environment around the national team that allows for those systems to be enforced, regardless of what is happening elsewhere.