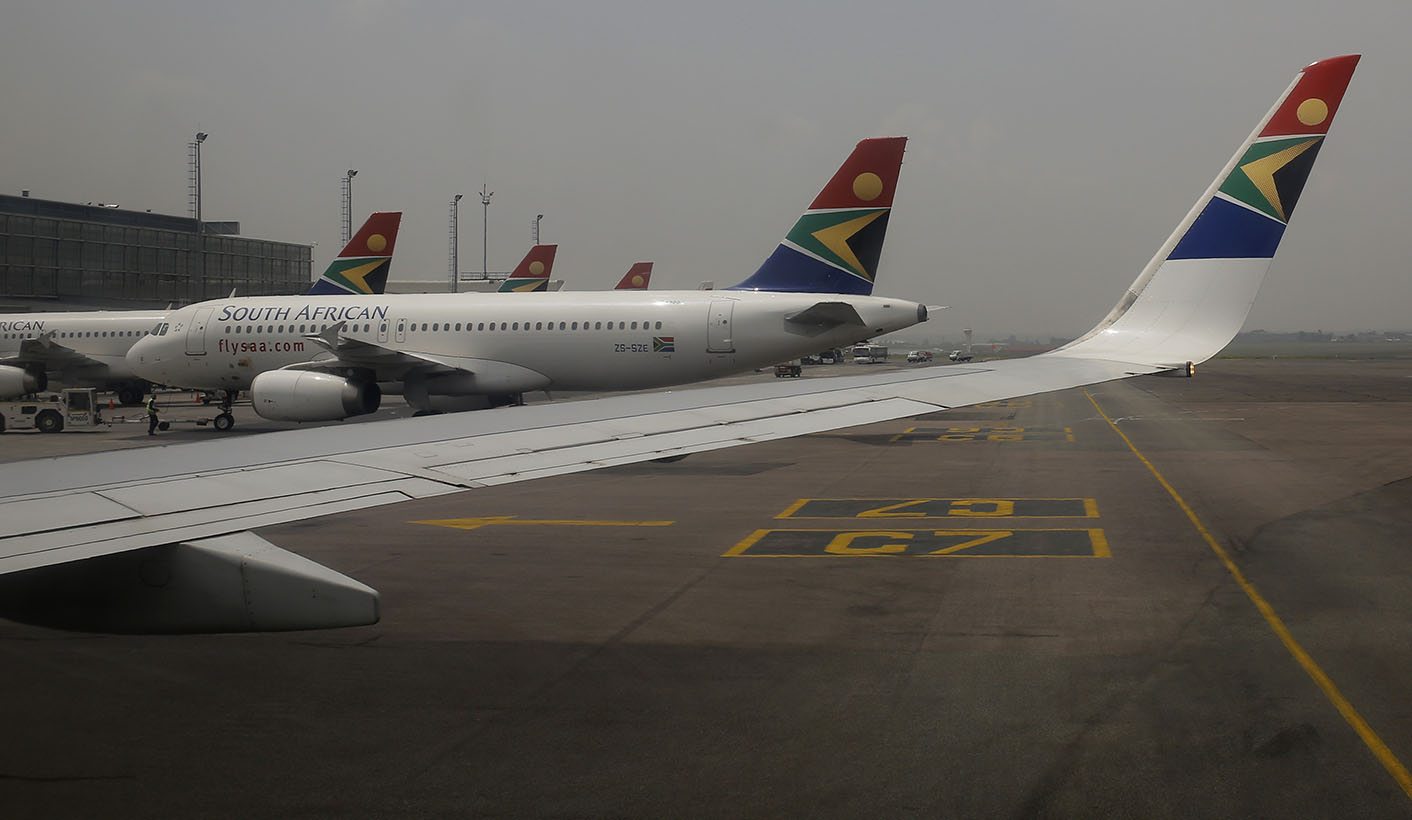 The recipes for successful regional trade integration are well known. The challenge for policy makers lies in implementation, including accepting that the benefits are rarely instantaneous, showing a willingness to challenge special interests, and making a genuine commitment to pan-African development rather than narrow national definitions of success. By TODD M. JOHNSON.

The necessity of enhanced regional economic integration, particularly boosting intra-regional trade flows, has long been a centrepiece of conversation about improving Africa’s economic fortunes. Since the downfall of colonial rule in the 1950s and 1960s, there have been multiple high-profile efforts at trade and customs unions but usually with low levels of success. It remains an unfortunate fact that trading goods between regional neighbours is often more difficult than exporting to distant Asian, European, and North American markets.

The reasons for this disparity are numerous, including the continued colonial legacy of transport infrastructure designed to take goods from the interior to port cities (“forts and ports”) rather than between adjoining states. Post-colonial governments across the continent also must shoulder a fair portion of the blame for decades of protectionist trade policies, under-investment in infrastructure, and a focus on fostering exports to distant markets of low value-add raw materials.

So, where to from here? The recipes for successful regional trade integration are well known. The challenge for policy makers lies in implementation, including accepting that the benefits are rarely instantaneous, showing a willingness to challenge special interests, and making a genuine commitment to pan-African development rather than narrow national definitions of success.

Building new ports, rail-lines, highways, and the other linchpins of economic integration are hugely complex endeavours involving years of negotiations between and among governments, equipment suppliers, financiers, and end users. These projects are not for the faint-hearted. There exist, nevertheless, easier wins for governments that have great potential to deliver substantial economic gains in relatively short-order. One need only look up the next time they hear an approaching aircraft for proof.

Africa’s commercial aviation sector is minuscule by global standards. Despite a population of well over a billion people, the continent only accounts for just over 2% of global passenger numbers. The reasons for the unimpressive size of the African aviation market are many, ranging from low per capita incomes to inadequate air transport infrastructure to the unviable business models of many state-owned carriers.

There are also reasons to be optimistic about the potential for growth in the sector. The continent’s middle class is rapidly expanding, “low-cost carriers” (LCC) are proven to work in Africa, and state-owned carriers like Ethiopian Airlines have proven their ability to compete on a global level.

Africa excites the world’s airlines and aircraft manufacturers precisely because it is one of the few remaining global markets with the potential for exponential growth. In its 2017 market outlook, aircraft manufacturer Boeing forecast that over the course of the next 20 years passenger numbers in Africa will increase nearly 6% annually and the demand for new aircraft will be worth $180-billion (1,220 aircraft).

Despite the great potential of aviation in Africa, the industry faces significant headwinds, many of which are the result of outdated or inadequate regulatory policies. This reality was captured in public remarks in 2017 by Adefunke Adeyemi, International Air Transport Association (IATA) Regional Head for Africa and the Middle East. She lamented that the aviation sector in Africa remains constrained by excessive bureaucracy, high costs, and lack of an accommodating regulatory environment. This unpromising setting led the industry to post annual losses of over $750-million over the course of 2013 to 2017.

Adeyemi’s attention to unfriendly regulatory conditions goes to the core of the challenges facing the sector. Nevertheless, there have been encouraging recent developments that show some governments – including those home to the continent’s largest carriers – are committed, at least rhetorically, to removing hurdles to expansion of commercial aviation.

At the end of January 2018, 23 countries (including South Africa, Ethiopia, Kenya, and Egypt) created the Single African Air Transport Market (SAATM). In the words of the African Union, which owns implementation of the SAATM, the accord allows “full liberalisation in terms of market access between African States, the free exercise of traffic rights, the elimination of restrictions on ownership and the full liberalisation of frequencies, fares and capacities”.

SAATM is part of a decades-long negotiation between African governments aimed at realising the “freedoms of the air”. These freedoms govern the rights granted to airlines to carry passengers to and from countries, including where they can embark and disembark passengers. If implemented in full, the result looks something like the airline industry in Europe, where competition is fierce, fares are low, and route networks extensive.

The goal of implementation of the freedoms – particularly the first five core freedoms – was originally enshrined in the 1999 Yamoussoukro Decision, which pledged its 44 signatories to a single air transport market across Africa by 2002. The reminders of its failed enactment are self-evident to any regular traveller in Africa who suffers sticker shock at the price of a short-haul flight or who looks askance at an aircraft that seems past its prime.

By failing to embrace Yamoussoukro, African governments have missed out on the huge economic benefits, particularly in terms of intra-regional trade, attendant to liberalisation of air travel. The IATA estimated in 2015 that cross-border deregulation between just 12 African countries would create 5 million new passengers, $1.3-billion in annual GDP growth, and 155,000 jobs.

Were SAATM to be implemented continent-wide, Africa could hope to match the massive boost in intra-region travel and trade that accompanied the liberalisation of aviation in member countries of the Association of South-east Asian Nations (ASEAN). According to a study by infrastructure consultants InterVISTAS, progressive liberalisation of the ASEAN market led to a compounded annual rate of passenger growth of 9.6% from 2000 to 2012.

A 2014 World Bank study that assessed the impact of LCCs on economic development in emerging markets provided further examples of the out sized economic gains associated with liberalized air travel. In one eyebrow-raising statistic, the arrival of Ryanair and other LCCs into the Polish city of Krakow helped boost the number of foreign tourist arrivals from 680,000 to almost 2.5-million between 2003 and 2007.

Closer to home, South Africa offers similar proof, where the launch of LCCs serving domestic routes saw an air traffic increase of 52% from 2004 to 2006, generating millions of dollars of new revenue for cities and provinces.

Policy makers driving SAATM should be genuinely congratulated for embracing the liberalisation of air travel. Nevertheless, proof lies in its implementation. Over half of African governments have not signed up to SAATM, creating a barrier for airlines wanting to build a genuinely pan-African route network.

Under SAATM, governments will need to accept that their national carriers will face aggressive competition from LCCs and other global airlines, many of which have much more competitive cost structures and have already built substantial pan-African footprints. To compete, national carriers will have to be empowered to take tough decisions about fleets, routes, wages and benefits, and be insulated from the whims of local politicians. This is a tall order, but one with clear gains for local economies.

Beyond the regulatory environment, African governments can most usefully contribute to their aviation sectors by investing in physical infrastructure, namely upgrades to ageing airports. As one industry aphorism puts it: “A mile of highway will take you a mile, but a mile of runway will take you anywhere.”

Unlike the lengthy and politically fraught processes that accompany the roll-out of many regional integration schemes, the liberalisation of air travel and its attendant benefits can be quickly realized. African economies would receive a sustainable and non-commodity driven gain with the net impacts quickly trickling down to all income levels.

The model is clear, the market exists, and the carriers proven in their ability to deliver if the regulatory climate is right. It’s time to open Africa’s skies. DM

Todd Johnson is the risk leader for a large multinational operating throughout Africa. He has previously held roles in corporate strategy, political and partnership risk management, and in the US Government as an analyst of African politics