SassaGate: The Inconvenient Plan B – did ConCourt call Sassa’s bluff? 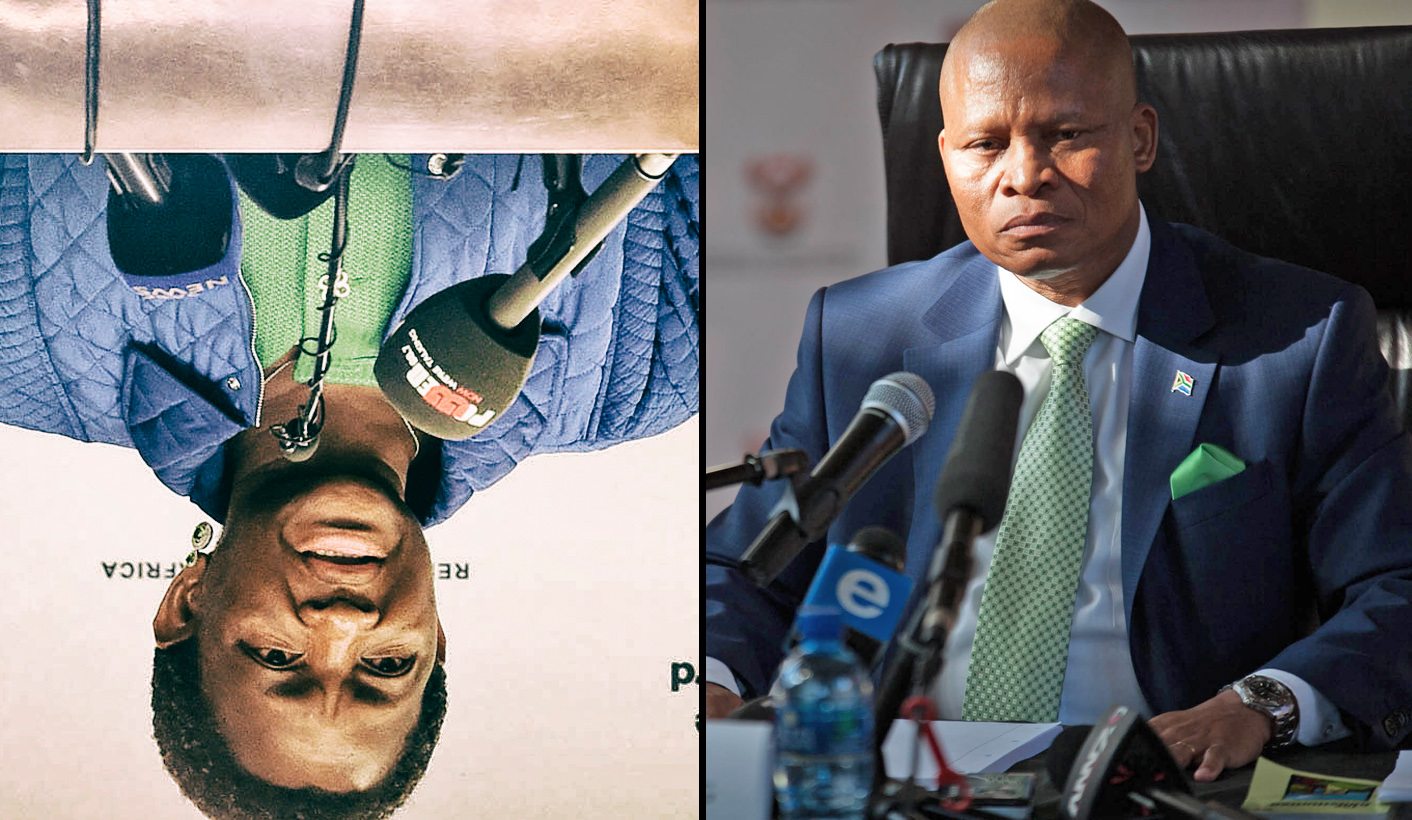 Did a Constitutional Court decision earlier this week to reserve judgment in the urgent application by Sassa to extend CPS’s unlawful contract for a further six months serve to shock the habitually tardy agency out of its torpor? On Thursday Sassa and SAPO called a press conference and did a Gigaba, telling the nation “we gon’ be alright” come 1 April. By MARIANNE THAMM.

The honourable justices of the Constitutional Court did not hide their displeasure at being ambushed for a second time by Sassa with regards to the agency’s application to extend the unlawful contract with Cash Paymaster Services beyond 31 March 2019 for a further six months.

Chief Justice Mogoeng Mogoeng suggested that Sassa was laughing at the court while Justice Sisi Khampepe accused the agency of blackmail.

On Tuesday Advocate Nazeer Cassim, on behalf of Sassa, essentially told the court that the agency had no alternative plans to pay the some 2.8-million beneficiaries who received their grants in cash come 1 April when the extended unlawful CPS contract expires.

Asked by Justice Johan Froneman what would happen should the court not extend the contract, Cassim replied ominously, “There will be chaos.”

But the decision by the court to reserve judgment appears to have stuck a stick of dynamite up Sassa’s fundament, prompting a joint press conference with SAPO on Thursday to announce “a significant state of readiness for SAPO to commence payments of social grants and assure South Africans that social grants will be paid from 01 April 2018”, at least according to acting Sassa CEO Pearl Bengu.

She said that some 2.8-million beneficiaries who utilise cash pay points in remote areas would still receive payments but would need assistance on the day, receiving pin numbers before being transported to ATMs.

SAPO CEO, Mark Barnes, said the Post Office was “upskilling” staff to deal with cash withdrawals but it would not be able to handle all beneficiaries who needed cash come D-day.

Bengu said that while Sassa had relied on CPS to pay 10.7-million beneficiaries through direct deposits, electronic and cash payments for the past five years, the agency had reactivated the Paymaster General Account at the South African Reserve Bank and would use this to manage funds for direct transfers.

Beneficiaries would also be paid directly through commercial banks and Postbank.

A total of 5.7-million beneficiaries who transacted through the Sassa payment system would be paid directly without the assistance of CPS, said the acting CEO.

“In essence, by 1 April 2018, Sassa would have paid approximately 7.7-million of the 10.7-million beneficiaries directly,” said Bengu.

Sassa had, she said, already taken over direct funeral policy deductions (the only legal deductions in terms of the Social Assistance Act) from 727,000 beneficiaries and which was previously managed by CPS.

A tender for the distribution of grants to 2.8-million beneficiaries who are paid in cash had been advertised. CPS has not been prohibited from tendering for the contract which would be a new agreement and not an extension. However, it is not a certainty that CPS would be the successful bidder as Bengu intimated that other service providers had also expressed interest.

The agency was also in talks, through National Treasury and SARB, with commercial banks for the creation of low-cost accounts for social grant recipients.

“Sassa is currently engaging 27 accredited co-operative financial institutions that may be used in future to pay social grants,” she said.

SAPO, said Barnes, would be ready to open accounts for Sassa beneficiaries from 3 April. These accounts would allow for three free cash withdrawals, one free balance enquiry and one free mini-statement per month as well as a free full statement on demand covering up to a maximum of three months. No deductions would be made from these accounts.

An increasing number of beneficiaries had opened Postbank accounts between January and February 2018 – one of the options available in the hybrid model that has been adopted, said Barnes.

In future the Post Office – if it had a branch that met minimum standards and if it was located within 5km of a Sassa pay-point – would take over cash payments at that pay point.

The comforting news is that all Sassa cards will continue to be valid until the end of 2018. Beneficiaries using the old Sassa card could do so until 30 September. A new Sassa card would soon be introduced through the Post Office and beneficiaries would be informed of the process. This new card would be progressively introduced between April and September.

Much of what SAPO and Sassa were able to announce on Thursday is work done on the “hybrid model”, a model former social development minister Bathabile Dlamini had opposed.

On 6 February, as officials, including former Department of Social Development DG Zane Dangor (who resigned shortly after his appointment) testified at the Constitutional Court Section 38 Inquiry into whether Dlamini should be held personally liable for the legal costs of the March 2017 SASSAGate scandal, Dlamini attacked Dangor on Twitter.

She wrote, “We had thought Mr Dangor was a progressive intellectual but later I discovered he was a liberal and not patriotic”. She added that the “open source” or “hybrid model” had been Dangor’s “pet project”, suggesting she was dead against it.

On Tuesday in the application before the Constitutional Court, Les Morison, on behalf of CPS, argued that the US-listed subsidiary of Net1 stood to lose around R70-million a month, or R420-million over six months, if Sassa paid it the same amount, R16.44 per beneficiary, to distribute cash grants. This was, he said, the most costly part of the contract. Morison said that a fee would have to negotiated with Treasury.

Morison said CPS had enough cash reserves until 31 March 2018 but if the contract was extended to the end of May at the same price, “the floor will fall out of the building”.

“And we know what lies beyond that, which is why this application cannot be refused,” Morison told the court.

Advocate Gilbert Marcus SC, on behalf of Freedom Under Law, argued that CPS should not be making profit from its extended contract with Sassa and that while FUL was not opposing Sassa’s application it would like the court to apply the no-profit principle.

On Thursday Sassa said that the public-public partnership between Sassa and SAPO “presents a model service delivery blueprint for government that is easily replicable in other state service sectors”.

Should the court refuse to extend the CPS contract it appears as if government will save millions in taxpayers’ funds that contributed to the private company’s profits.

Perhaps the chill in the air at the ConCourt on Tuesday provided the impetus to finally end several traumatic years for Sassa and the Department of Social Development under Dlamini’s political leadership. DM