Op-Ed: South Africans should mobilise to stop murky plans for oil and gas drilling on the East Coast 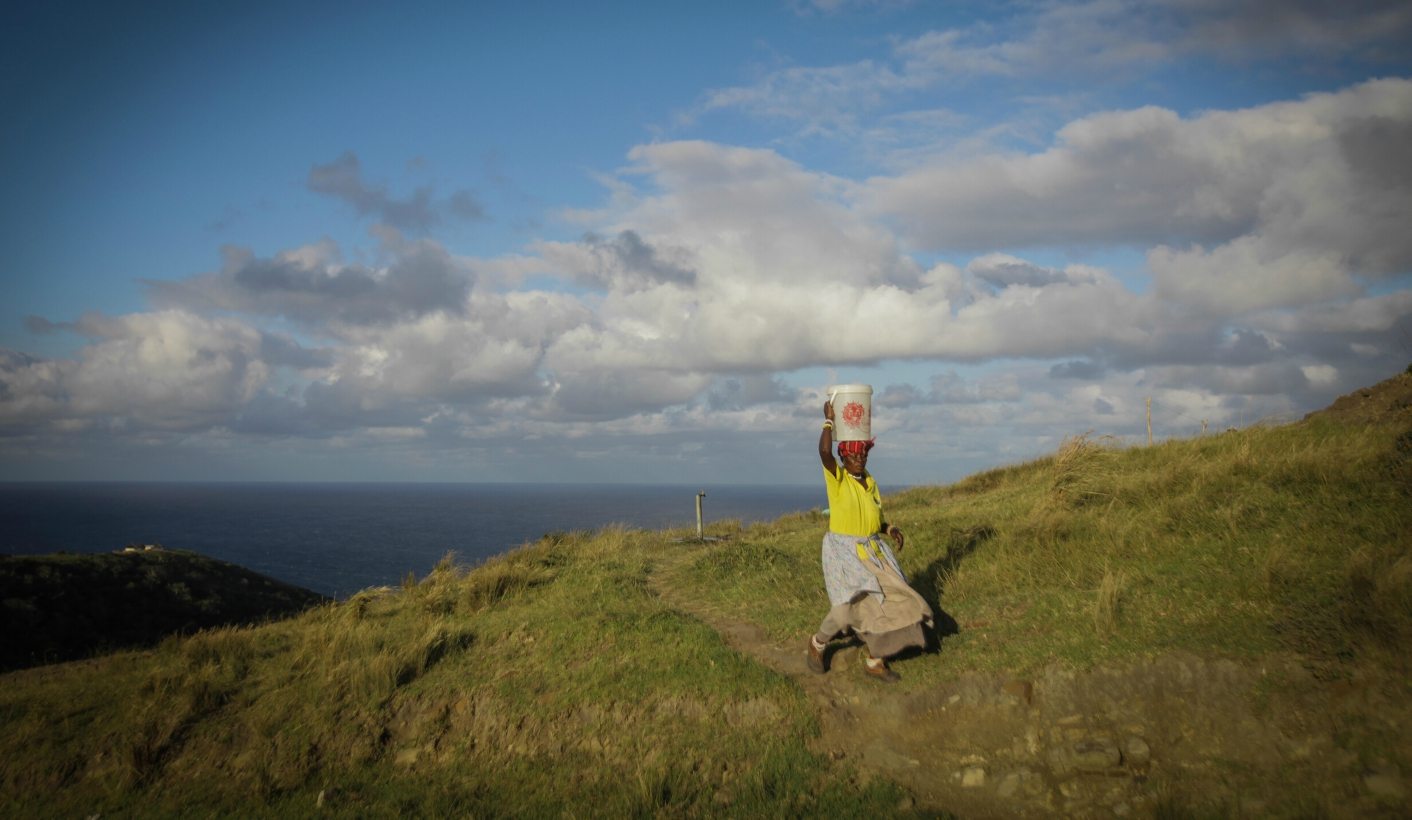 Unknown to many living in South Africa, the Department of Mineral Resources has signed away the soul of the East Coast. By KHALID MATHER.

Despite 2013 being a painful year for many South Africans as we laid Madiba to rest, the background machinations of the DMR would only be unearthed years later as residents of the East Coast discovered their backyard was to be plundered as a licence for off-shore oil and gas prospecting was awarded to Sasol.

In what can only be imagined as an unholy oily union, an operation by ENI, an Italian oil harvesting firm with a terrible environmental and social record in Africa, became 40% joint partners with Sasol to begin oil and gas prospecting in the ER236 region of the marine off-shore area. The permit, granted for an initial period of three years, covers an area of 82,117km2, extending from beyond St. Lucia in the North to past Port Shepstone in the South. The area shoulders dangerously close to the world heritage site that is the ISimangiliso Wetland Park as well as other ecologically sensitive sites such as the Richards bay Marine Protected Area, SANBI sourced vulnerable pelagic zones and three Ramsar sites.

While the exploration right permit to explore for hydrocarbons along South Africa’s Durban and Zululand Basin was awarded in 2013, Sasol joined its slimy fingers with ENI during 2014, as the capital investment was far too hefty for Sasol to bear alone. The venture was promulgated under the framework of operation Phakisa, with hopes to add oil to the energy matrix of South Africa. Sasol’s scheme completely disregards the fact that South Africa has joined the Nations of the World in ratifying the Paris Agreement on Climate Change, which stipulates that fossil fuel extraction be kept at a minimum. Instead of capitalising on the vastly more abundant sun, Sasol/ENI wish to drill the ocean sea bed.

The public had no voice nor representation in this venture until the Environmental Impact Assessment (EIA) reared its flawed head during 2018. Environmental Resource Management (ERM) was retained as the environmental consulting agency tasked with gaining environmental clearance, and thus the public finally had a chance to participate in Sasol’s/ENI’s greasy game plan. The public participation processes, which forms part of the EIA were held over three days in a rushed fashion at the three hubs of economic importance (according to ERM) at Richards Bay, Durban and Port Shepstone on the 6, 7 and 8 February 2018 respectively. Durban, renowned for its beaches, wildlife and activism came to the meeting teeth bared.

The initial meeting held on 7 February at the Tropicana hotel in Durban was met with strong opposition from NGO’s, civil society and many concerned citizens who completely rejected the rape of the Eastern Seaboard in pursuit of oil and gas. No representatives from government or Sasol were present at the meeting, leaving ERM and ENI struggling to engage with the wider public, culminating in an impasse with a resounding NO! from the public for the EIA to be passed and for the drilling itself to not go ahead. The outcry generated by the Durban meeting hoped to ignite a similar response in Port Shepstone but did ultimately force ERM and ENI to initiate a second Durban meeting at Austerville (home base of the South Durban Community Environmental Alliance, SDCEA) on 28 February where ERM and ENI came to engage the community again about their concerns. Sasol and The DMR were once more absent, fundamentally mooting the point of national engagement for the people of the East Coast. The protracted battle to stop the drilling was once again laid on the shoulders of society and not government as members of the public demanded for ENI and ERM to come to the table with Sasol and government in toe.

On the technical side of the murky matter, it was discerned that ENI had employed seismic prospecting to develop the proposed locations for their drill wells, a process which has been linked to sea canyon degradation, whale beaching and massive stress to ocean life in general. Claire Alborough of ERM presented the scope of the environmental impacts at the meetings with an entire slide dedicated to coastal hazards which ERM internally deemed irrelevant as it fell under the “potential impacts” moniker. Potential impacts included further degrading Durban’s air quality (a sad reality faced by many in Durban south), physically disturbing the already sensitive sea bed (Durban has in operation a sand bypass system that already places the sediment under strain) and impacts on the local economy (for which it would be a negative as technicians and engineers would be outsourced for the drill rig). When it comes to environmental justice, activists are often met with the argument of impeding economic growth. However, when interrogated on how the oil and drilling operation is to create local employment, ERM and ENI responded by stating that ship and rig workers may or may not purchase some food supplies from the local beach front populace. This arrogance further outraged active citizens who had already felt done down by the trivialising of the Eastern Seaboard communities to three points on a blue map (which can be observed in the draft scoping report on ERM’s website).

There seems little that can be done for the alarmed people of the East Coast as the EIA process merely ticks a box as completed with comments and concerns addressed by the consultancy, despite the public outcry. Unperturbed by the rigidity of process, SDCEA reached across the continent to draw comment from Nigerian citizens and learned that the Ikebiri community in Bayelsa State Nigeria has sued ENI in an Italian court over oil spills in their community. Pollution of the Niger Delta, which will affect the developing nation for many years, sets the stage for ENI and thus the fears of a similar oil spill in the rapid Agulhas current are not unfounded. The combination of the Agulhas, deep sea canyons and the warm Indian Ocean serve many spectacular animals, including turtles, coelacanths and the much celebrated Sardine. These attractions mired by an oil spill, or merely the production-waste and vibration from the drilling process, will surely diminish tourism, a backbone to Durban’s economic infrastructure. The period for public comment by ERM was extended in short spurts, but was orchestrated in such a manner as to not allow for digestion and rebuttal of the pertinent information. As the date for comments passes, citizens of the East Coast can similarly pass away their hopes that oil and gas exploration would not visit their shores in 2019. Environmental activists are planning protests, mobilising communities and reaching out to the wider public to oppose the operation, regardless of lapse date of the EIA comment submission.

People of South Africa, if you value your ocean, your beaches, your wildlife and your peace of mind, stop the drilling before it begins. DM