Op-Ed: Remembering Nyakane Tsolo – the true history of Sharpeville must be told 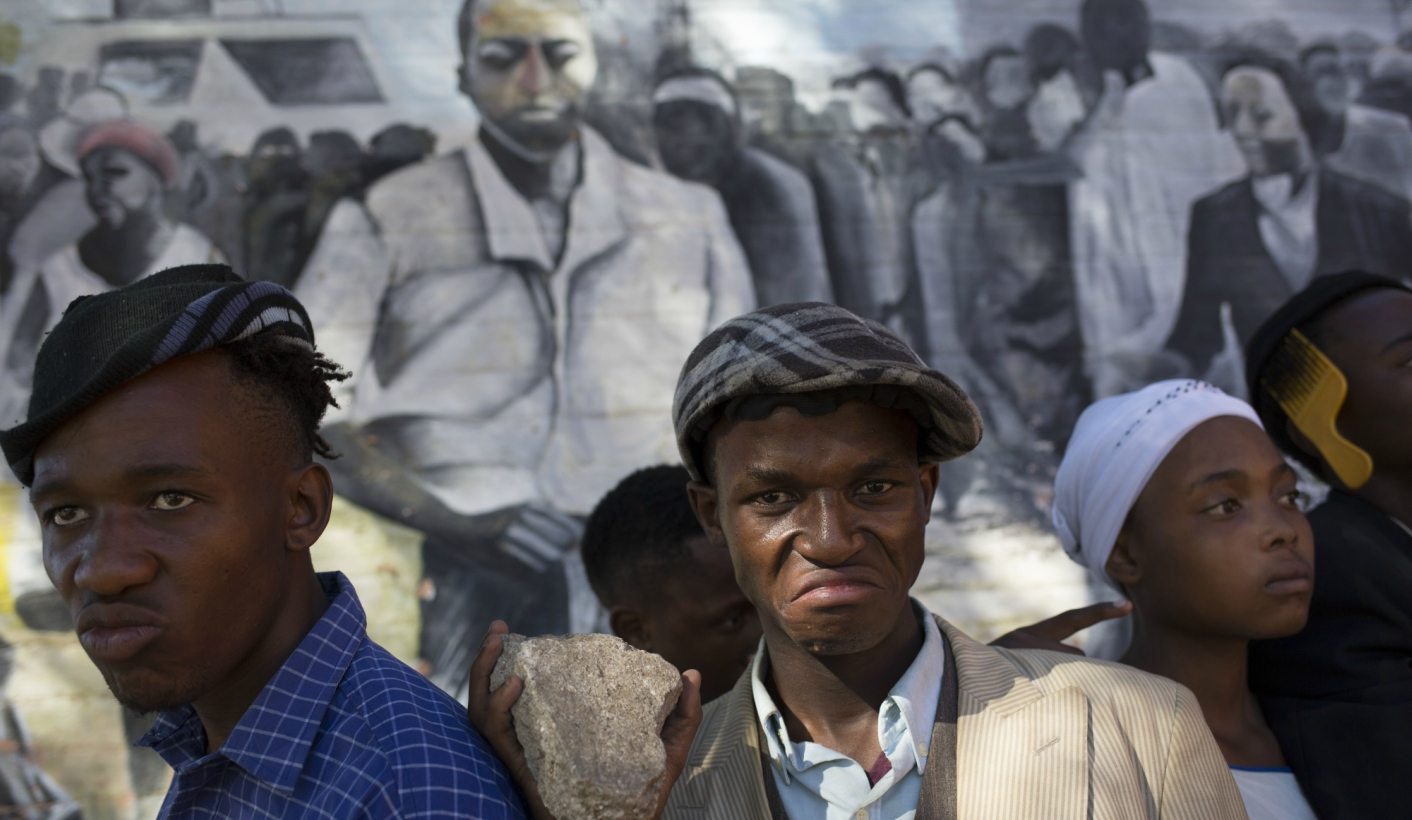 Today, like his leader Robert Sobukwe, Nyakane Tsolo has been rendered an insignificant figure in the annals of South African history, blotted out, silenced and erased from the public memory around the Sharpeville Massacre; an excruciatingly obscure figure – barely known, remembered or celebrated. By THANDO SIPUYE.

Post-1994 South Africa has a theatrical crisis of selective amnesia and partisan rememberings of history. History telling, whether at school, university, in the media or public celebrations and commemorative events, is biased towards a singular political trajectory and one particular school of thought that is portrayed as the sole agent of the socio-economic and political transformations that have apparently occurred in the past 24 years.

In democratic South Africa there is neither democracy nor justice when it comes to narrating critical historical events and moments. There is rather a subtle, consistent perpetuation of particular memories as less or more valuable and significant than others. South African historiography after 1994 marginalises particular voices while structuring others as monolithic.

The reconstruction and rewriting of histories about the Sharpeville Massacre, which occurred on 21 March, 1960, and the reconstitution of that day as ahistorical and a depoliticised “Human Rights Day”, is but one of many examples of this unfortunate political bias and narrow approach to the telling of history.

As we commemorate the 58th anniversary of the Sharpeville Massacre, as well as the 40th anniversary of the death under banishment of Robert Mangaliso Sobukwe, we should reflect on the construction and narration of public memory about historical events and public holidays in South Africa today. The government, through its various departments, has already begun bombarding the public with mantras of a decontextualised, apolitical “human rights month”.

For the past two decades the African National Congress government has unashamedly celebrated their “Human Rights Day” with all manner of festivities, glamour and speeches without ever acknowledging or speaking to the role played by Sobukwe and other leaders of the Pan-Africanist Congress of Azania (PAC) such as Nyakane Tsolo in the courageous events that led to the ruthless Sharpeville Massacre.

Yet, the Sharpeville Massacre occurred as a result of the PAC’s Positive Action Campaign against Pass Laws which followed the earlier Status Campaign championed by Robert Sobukwe shortly after the formation of the PAC in 1959. Throughout Azania, leaders of the PAC heeded Sobukwe’s call and rallied the African masses for this campaign.

At the time, the ANC, through its Secretary-General Duma Nokwe, spoke out against Sobukwe’s call for a Positive Action Campaign against Pass Laws, dismissing it as “opportunistic”. Nokwe issued a lambasting statement in the Sunday Times of 20 March 1960 saying “we must avoid sensational actions which might not succeed, because we realize that it is treacherous to the liberation movement”. The ANC distanced itself from the campaign and urged its members not to participate.

Today, in their quest to silence and erase Sobukwe and the PAC from the national consciousness and collective memory of the nation, to project ANC aligned leaders as the sole actors and super men in the liberation struggle, the ruling party consistently celebrates “human rights day” without ever mentioning the name of Nyakane Tsolo, the PAC leader who led the 1960 campaign in Sharpeville.

The PAC established a branch in Sharpeville in July 1959, three months after its formation, led by two Tsolo brothers, Nyakane and Job. Nyakane Tsolo served as the branch secretary and mobilised people on the ground; he was effectively the face of the PAC in the greater Vaal area, Sharpeville specifically.

And on Monday 21 March 1960 Tsolo was the man in front at Sharpeville and when the racist settler police called for the black crowd to disperse, he told them, “I am responsible for these people. If you want to disperse people, disperse your police.”

Tsolo further declared to the police, “We will not call this gathering off until Sobukwe has spoken.” The rest is history.

Today, like his leader Sobukwe, Nyakane Tsolo has been rendered an insignificant figure in the annals of South African history, blotted out, silenced and erased from the public memory around the Sharpeville Massacre, an excruciatingly obscure figure – barely known, remembered or celebrated. There are no monuments built in his name, no street names, no buildings, songs or poems in his honour. No public speech reader has ever mentioned his name.

The erasure of Sobukwe, Tsolo and others from public memory and national consciousness around so-called “Human Rights Day” enables the muting and absence of explicit references to the broader histories that informed and shaped the massacre – a malicious omission calculated also to deny and erase the historical agency and contributions of other important figures in the liberation struggle. This erasure is meant to depoliticise Sharpeville and dissociate the anti-pass campaign from the broader struggle against land dispossession.

While the Truth and Reconciliation Commission (TRC) held hearings of human rights violations in 1996 addressing a sequence of violent events, beginning with testimonies about the 1960 Sharpeville Massacre, it also sustained this omission. Nyakane Tsolo, the man who led the march and was arrested for incitement on that day, was not mentioned anywhere in the TRC’s report. Nyakane Tsolo was not requested, nor did he offer testimony at the TRC; a critical narrative silenced.

Although not remembered or acknowledged, Nyakane Tsolo suffered greatly for leading the Sharpeville protest. He was incarcerated, interrogated and tortured severely. When he got bail in 1961 he fled into Lesotho and later underwent military instruction in Egypt as a commando, training with Egyptian Special Forces.

Between 1963 and 1973 Tsolo lived in East Germany, but in 1973 he left Germany secretly with his family and took refuge in the Netherlands. He remained in Rotterdam for the rest of his exile, designated as a PAC representative and working with local anti-apartheid bodies. Despite his inclusion on the PAC’s electoral list in 1994, Nyakane Tsolo maintained his home in Rotterdam and only returned to Azania at the end of 2001. He died of a stroke a year later.

Under the ANC government today the tragic Sharpeville Massacre has become an occasion to celebrate the advent of a perceived, yet non-existent, “human rights dispensation”.

For young people “Human Rights Day” is just another boring holiday without any significance, void of any leaders worth recalling. Besides Nyakane Tsolo, all of the victims of Sharpeville are generally unknown in the public memory. They are a nameless number: 69.

The rewriting of history to suit a particular political agenda pursued by the ruling party is a tragedy of the prevalent political egotism and narrow, simplistic approach to narrative and discourse; a great loss of memory for posterity, and a spit in the face to those who sacrificed their lives at Sharpeville.

Academics, the media, civil society and politicians all ought to rethink their approach to the construction and telling of history and become more inclusive. For the sake of the memory of those who died, and future generations, the true history of Sharpeville must be told. DM

Thando Sipuye is an Afrikan is an executive member of The Ankh Foundation, the Blackhouse Kollective and the Africentrik Study Group based at the University of Sobukwe (officially known as Fort Hare University). He works closely with the Robert Mangaliso Sobukwe Trust.