In the dock: Atul gets his R10m back, while Guptas fight to keep jet 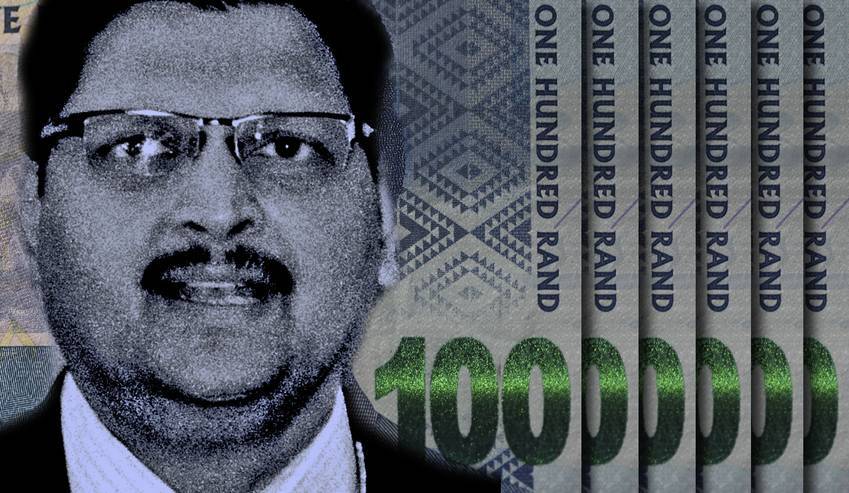 As the Gupta family fought in the Johannesburg High Court on Friday to keep their jet, the Bloemfontein High Court largely overturned the Asset Forfeiture Unit's preservation order freezing R220-million in proceeds related to the Estina Dairy project. By GREG NICOLSON.

The Canadian government’s Export Development Canada (EDC) called on the Johannesburg High Court to order the Guptas to stop using their Bombardier jet and park it in storage while they fight another case in the British courts to take back the plane they financed.

Representing EDC, Advocate Alfred Cockrell said the jet should be grounded at London’s Biggin Hill Airport or Lanseria as the Guptas had defaulted on their payments. He added that Ajay Gupta is a fugitive from justice, and as allegations continue to mount against the family, EDC’s reputation could be damaged by doing business with the family (a bit rich, but better late than never).

EDC agreed to fund 80% of the $51-million jet in 2014, infamously known as ZS-Oak Aircraft. Ownership was transferred to an Irish-based company, Stoneriver, which then leased the jet back to the Gupta family’s Westdawn Investments. The Guptas still owe EDC $27-million.

“Certainly as we sit here today my clients cannot tell where the aircraft is,” said Cockrell. “Dubai seems to be a popular landing ground for the aircraft and it’s been in India.”

EDC has terminated the jet’s lease and Cockrell said its continued use is unlawful. The jet’s tracking device has been switched off and although the Guptas reportedly want to keep paying for their plane, EDC said the situation has changed as allegations against the family mount.

“Is that money tainted? Is that the process of unlawful activities? We simply don’t know,” Cockrell said of payments to EDC from the Guptas. The Gupta-owned company Oakbay had not provided its financial statements and last year delisted from the Johannesburg Stock Exchange. “That is a material adverse change on any reading,” said Cockrell.

He said the Asset Forfeiture Unit (AFU) had frozen money the Guptas received for in its Estina Dairy project deal and EDC is concerned the plane could be next. Cockrell cited the banks closing the family’s accounts, the Bank of Baroda’s plans to leave South Africa, and the raids on the family’s Saxonworld home as valid reasons for EDC cancelling the lease.

Cockrell said EDC’s reputation could be damaged like companies who worked with the Guptas such as McKinsey, KPMG and others and said EDC could be next if it does not act. The case continued on Friday with the Gupta family’s lawyers set to state their case.

Cockrell might have been alarmed to learn that while he was citing the AFU’s seizures in relation to Estina, the Guptas managed to overturn the National Prosecuting Authority (NPA) unit’s order in the Bloemfontein High Court.

In January, the AFU froze R220-million, including the Free State farm and the bank accounts of Atul Gupta and companies owned by or linked to the family. The AFU alleged the deal with the Free State department of agriculture was “evidently a scheme designed to defraud and steal monies from the department”.

The Bloemfontein court slammed the AFU’s evidence on Friday, alleging the money frozen in bank accounts could be linked to the Estina deal. Judge Andre Fouche Jordaan overturned the preservation order for R180-million of the R220-million frozen. The remaining R40-million wasn’t contested.

The order will allow Atul Gupta access to R10-million in his account, Oakbay access to R24.5-million, the Bank of Baroda R30-million, and Westdawn R6-million. The ruling was a decisive victory for the Gupta empire and a defeat for the NPA. The AFU was criticised for failing to link the accounts to payments related to Estina.

The asset seizures are not directly related to the Hawks investigation of the Estina project. The Hawks arrested eight people in February who will go to trial in August. Ajay Gupta remains on the run, probably having escaped on the country on ZS-Oak. DM

In the final two years of his life Van Gogh averaged about three paintings per week.

How the mini-budget relaxed exchange controls

In the wake of Covid-19, we need to recalibrate global capitalism through sustainable investment