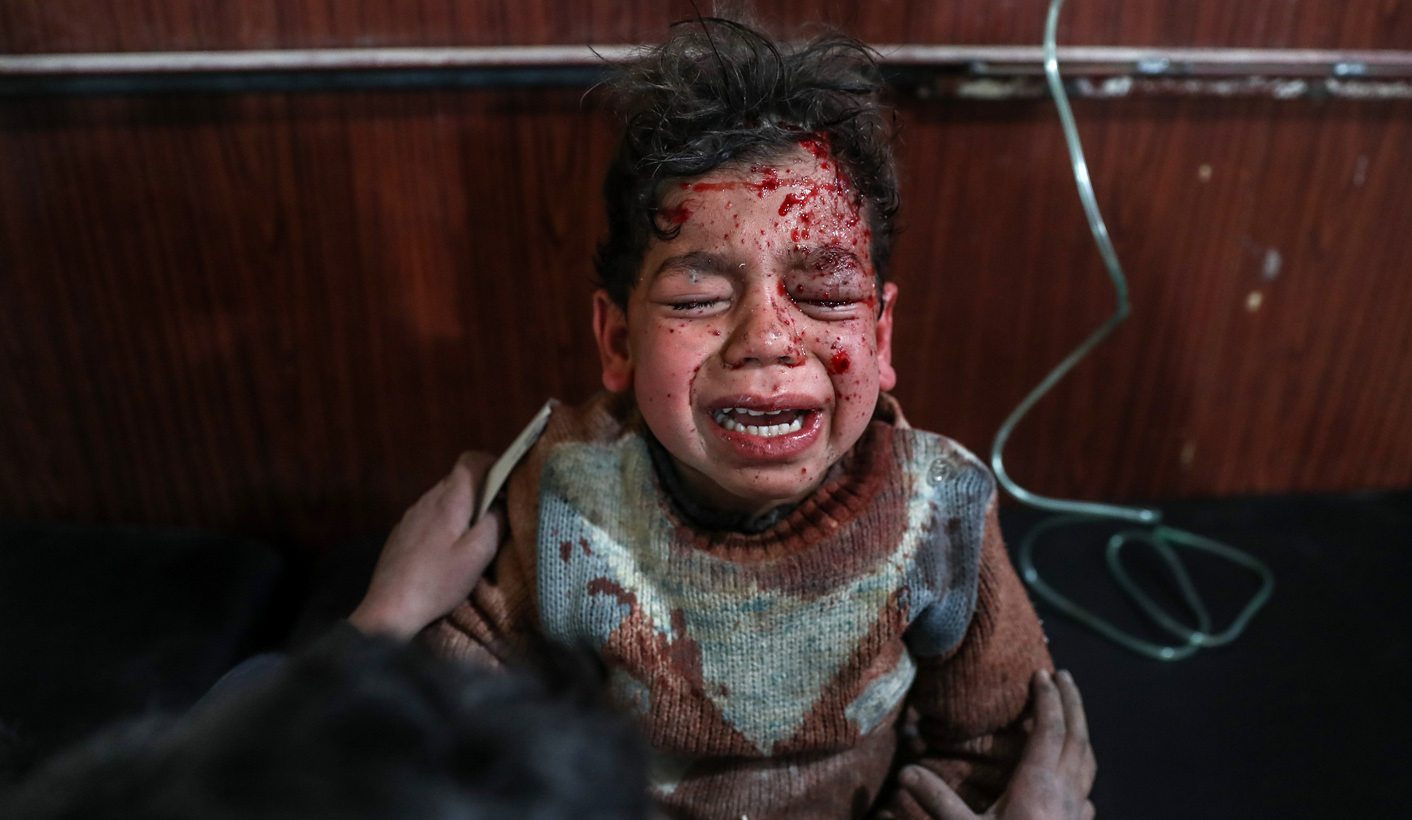 The Stop the Bombing Campaign has written to President Cyril Ramaphosa urging his government to sever diplomatic ties with Syria, refer it to the International Criminal Court, and calls for the arrest of perpetrators of atrocities in the regime of Syrian President Bashar al-Assad. By PETER FABRICIUS.

The Stop the Bombing Campaign has also urged the new president to sever diplomatic ties with Syria for its mass killing of civilians, to refer Syria to the International Criminal Court, and to arrest perpetrators of atrocities in the regime of Syrian President Bashar al-Assad and try them for crimes against humanity.

It has also urged him to use South Africa’s chairing of the BRICS summit in 2018 to apply pressure on Russian President Vladimir Putin “to halt his country’s destructive role in Syria, including through the use of experimental weaponry, and instead commit to sustainable peace building”.

And the letter urges Ramaphosa to persuade both Russia and China to stop using their vetoes at the UN Security Council to block action against Syria.

Zeenat Adam, a former South African diplomat, has written the letter to Ramaphosa on behalf of the campaign, which says it is supported by Jamiatul Ulama South Africa, Palestinian Solidarity Alliance, Muslim Lawyer’s Association, Polokwane Muslim Trust Welfare Fund and Colours of Hope.

“Has South Africa lost its humanity and principles of justice? “ the letter asks Ramaphosa, referring to the South African government arguing against an urgent debate being held on the Syrian crisis in the UN Human Rights Council in Geneva last Friday.

“Despite the obstruction by South Africa, the debate proceeded,” it said.

Adam writes that the actions of the Assad regime and its allies “amount to war crimes and crimes against humanity” including what UN Human Rights Commissioner Zeid Al Hussein has called a “monstrous campaign of annihilation” of civilians.

“Indiscriminate and deliberate aerial bombardments” by the Syrian National Air Force and Russian fighter jets, using weapons that include barrel bombs and chemical weapons, are part of this campaign, Adam writes.

Adam notes that Al Hussein had called for the perpetrators to be tried at the International Criminal Court.

“The evidence against them is mounting, yet governments such as ours are turning a blind eye to the atrocities.

“We urge you, Mr President, to be on the right side of history. Humanity cannot afford another genocide the likes of Srebrenica or Rwanda.

“South Africa has notably added to the increased polarisation of the United Nations by standing alongside Russia, who has become a perpetrator of crimes against humanity in the Syrian context.”

“South Africa has long been hailed a beacon of human rights. The world turns to our country for guidance and leadership on matters of human concern, yet we have failed in our universal responsibility to protect innocent civilians in Syria.”

Adam’s letter also notes that Syria and Russia have ignored the month-long truce ordered by the US Security Council last week to allow humanitarian aid to reach the hundreds of civilians trapped in the vicious fighting in Eastern Ghouta near the capital Damascus.

She writes that the war in Syria, now entering its seventh year, “presents the world with the worst humanitarian crisis in recent recorded history”.

More than five million Syrians had fled the country and over six million had been displaced inside the country.

“The impact on women and girls has been catastrophic,” the letter said, including at least 13,581 women detained by the Syrian regime between March 2011 and November 2017.

To highlight the atrocities against women the Conscience Convoy of women from 55 countries from around world are undertaking a journey from Istanbul to the Turkish-Syria border on International Women’s Day, Thursday, 8 March.

Adam said she would be joining them at the Syrian border on Thursday. Several other South African women, including members of former President Mandela’s family, had also journeyed to Turkey in solidarity with the Syrian women. DM

Photo: An injured child is comforted by an unidentified person as he arrives to receive first aid after shelling in Douma, eastern Ghouta, Syria, 08 February 2018. EPA-EFE/MOHAMMED BADRA