Parliament: Ingonyama Trust issue could be the real fireball of land reform 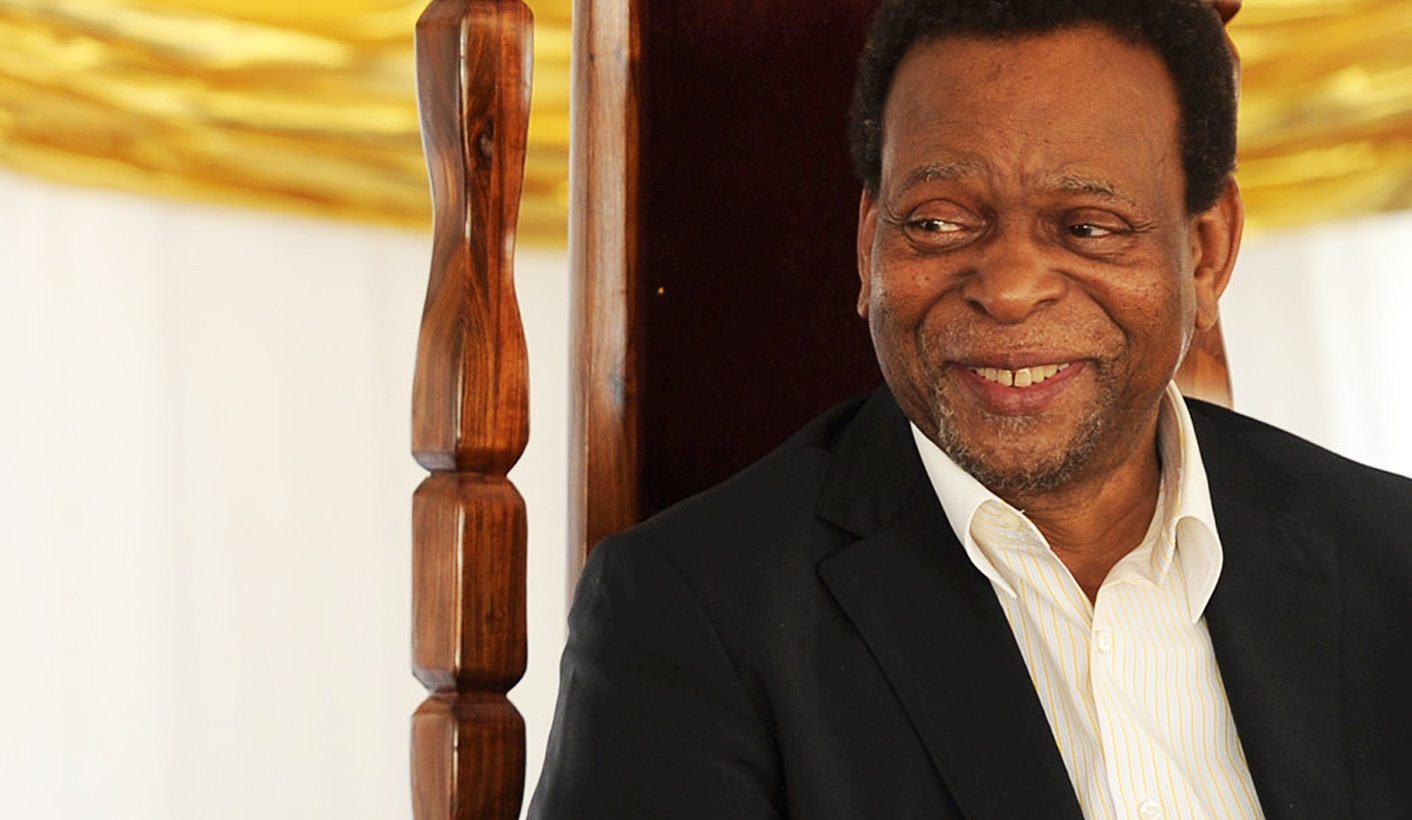 The Ingonyama Trust is under pressure – and its powerful advocates are not happy. Amid inflammatory rhetoric from Zulu King Goodwill Zwelithini, the board of the trust appeared before Parliament on Wednesday to explain why it was asking KwaZulu-Natal residents to convert their land occupation rights to long-term leases, and pay rent accordingly. MPs from across the political spectrum lambasted the trust’s board for what they suggested was land dispossession by another name. By REBECCA DAVIS.

Almost one third of all land in KwaZulu-Natal. That’s what’s at stake in the current debates over the future of the Ingonyama Trust, the body led by Zulu King Goodwill Zwelithini which controls around three million hectares of land in the province.

It has done so since the dying days of apartheid, when shadowy negotiations between Zulu leaders and the outgoing National Party produced a piece of legislation – the Ingonyama Trust Act – which has been a thorn in the side of land activists ever since.

Now the Ingonyama Trust finds itself under unprecedented pressure, against the backdrop of accelerated political determination to see land reform implemented, and following the release of a report two years in the making by a panel chaired by former President Kgalema Motlanthe.

That report recommended that the Ingonyama Trust Act either be repealed – which would see the land it controls return to state ownership for redistribution – or drastically revised due to its unconstitutional nature.

In response, King Zwelithini’s public statements on the matter are becoming ever more inflammatory.

“I’m the only one who steers the Zulu warship,” he said in February, claiming that if the trust’s land was threatened, “even Zulus from Germany or the US will come back and fight for their land”.

On Tuesday, he warned government to back off the trust’s land or face “something else”. The king has also released bank details into which he has instructed all Zulus to make a contribution of R5 to help cover the costs of a potential legal fight.

King Zwelithini and the Ingonyama Trust Board have good reason to be edgy about the potential land reform, since activists have consistently maintained that they are the only people whom the trust meaningfully benefits.

This claim was reinforced by the findings of Motlanthe’s high-level panel, which reported that there was “little evidence” that the trust’s “very substantial reserves” had been used “for the benefit of communities or their material well-being”.

On Wednesday, the head of the Department of Land Reform’s legal unit Sello Ramasala reminded Parliament that that trust is an organ of state, not a private body with autonomous powers.

The land which is held by the Ingonyama Trust, Ramasala told MPs in the land reform committee, is “for the benefit, material welfare and social well-being of specified communities”.

The board’s powers over the land can only be exerted “with consent of the traditional or community authority”, and the board is required to report to the minister of rural development and land reform on its plans for the land.

This is what the board seemingly did not do in November 2017, when it published advertisements in KwaZulu-Natal newspapers calling on residents of the land to trade in their occupation rights for 40-year leases with 10% annual increases in rent. The adverts marked the expansion of a campaign to convert land occupants to tenants, which the trust has been pushing for the last three years.

The trust’s proposal was as follows: occupants would surrender their Permission to Occupy land rights in exchange for long leases which may be cancelled if the tenant fails to pay rent. Tenants would also be required to fence their property within six months at their own expense, obtain permission from the trust for any building on the land, and cede any buildings to the trust upon vacation of the land.

This, MPs remarked on Wednesday, doesn’t seem like much of a deal.

ANC MP Mamagase Nchabeleng accused the board of “dipping into the theatre of land dispossession”, and said that he doubted the board had “the interests of rural people at heart”.

Tasked with defending the actions of the trust was board CEO Judge Jerome Ngwenya, who sought to make the argument that long leases would serve the benefits of land occupants better than their existing occupation rights.

The Permission to Occupy (PTO) rights which occupants currently possess, Ngwenya said, are the relic of an apartheid-era statute which applied only to black South Africans. As such, he contended that the conversion of the PTOs was “in compliance with the constitutional requirement not to be discriminated against in terms of race”.

Ngwenya blasted bodies like UCT’s Land and Accountability Research Centre – a longstanding critic of the Ingonyama Trust – for having “very superficial information about what is a PTO”.

PTOs would not be accepted by financial institutions as collateral, Ngwenya argued, but long-term leases would.

“We don’t feel we are out of line by providing long-term leases, a legally recognised instrument throughout the world,” Ngwenya said.

He added that the money the Ingonyama Trust currently receives from government – R19.7 million over the 2017/18 financial year – was insufficient, only paying for “staff to sit in offices and do nothing”. For the trust to be meaningful custodians of the land, Ngwenya suggested, the additional revenue from the leases was required.

Government legal adviser Ramasala was diplomatic in his language, saying that there was currently a gap in department policy when it came to converting PTOs to leases. But he made it clear that the department’s position is that where possible, informal land rights should be upgraded to full ownership rather than leases.

And as things stand? “A PTO is a stronger right than the lease agreement,” Ramasala told the committee.

Committee chair Phumuzile Ngwenya-Mabila concluded the meeting by instructing the board to cease converting PTOs to leases for the time being.

“It’s clear, Judge, that we are not happy about this process,” she said. She told Ngwenya that communities affected by the conversions should be consulted thoroughly, and that the department of land reform needed to meet with the board over this matter.

“What we want to see is conversion of informal ownership to title deeds,” Ngwenya-Mabila reiterated.

Notably silent throughout the committee meeting was Inkatha Freedom Party MP Russell Cebekhulu, an indication of how politically sensitive issues relating to the Ingonyama Trust are. The IFP has given its public backing to the trust.

The Land and Accountability Research Centre’s Dr Aninka Claassens told Daily Maverick after the meeting that the Motlanthe report clearly showed “really serious problems” with land rights on the ground controlled by the Ingonyama Trust.

With reference to King Zwelethini’s recent statements, Claassens suggested: “I think what we’re seeing is an attempt to create so much political bluster that the issue can’t be interrogated in Parliament.”

Nonetheless, Claassens described Wednesday’s meeting as an important pushback from the portfolio committee.