ISS Today: US and China inch towards awkward co-operation in Africa 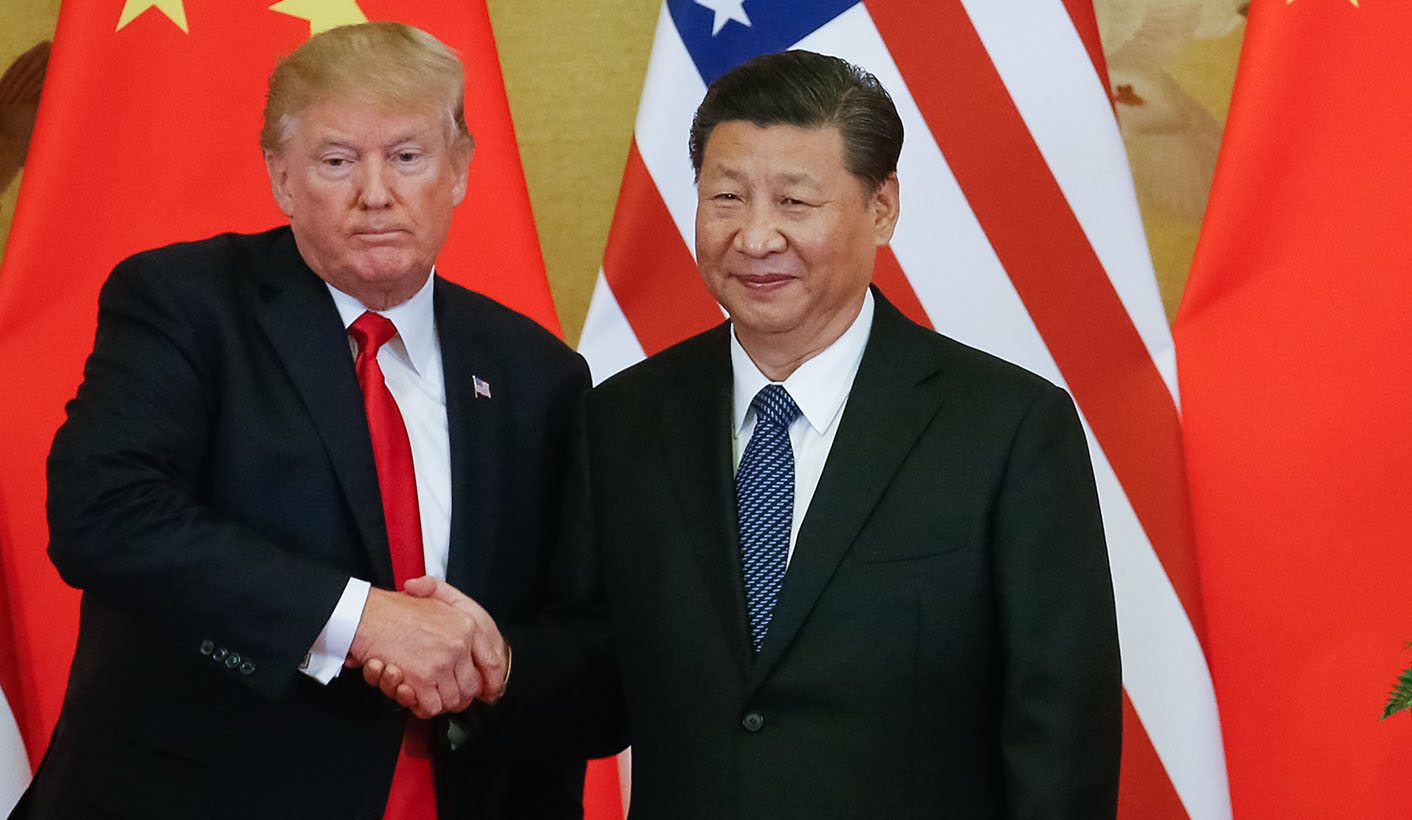 The US regards China as a security threat globally, but proposes to cooperate with it in Africa. By Peter Fabricius for ISS TODAY.

United States (US) Secretary of State Rex Tillerson is on his first official trip to Africa this week, visiting Ethiopia, Kenya, Djibouti, Chad and Nigeria. His top African diplomat, Acting Assistant Secretary of State for Africa Donald Yamamoto, cast the trip in broad terms. He said the US needed to position itself to help Africa address its economic and security challenges, but also to take advantage of its economic opportunities.

Despite the broad sweep of US interests as presented by Yamamoto, including the need to build strong governance institutions, one couldn’t help but notice that all five countries on Tillerson’s itinerary could be described as contemporary ‘frontline states’.

All are allies of the US in fighting jihadist organisations. Ethiopia, Kenya and Djibouti have troops in the African Union Mission in Somalia force fighting al-Shabaab. Nigeria and Chad are fighting Boko Haram while Chad is also part of the G5 Sahel force targeting violent extremist groups in its region, including al-Qaeda in the Islamic Maghreb.

The Trump administration has been accused of having no Africa policy beyond security co-operation and Tillerson’s itinerary tended to reinforce this. Perhaps the biggest news item from Yamamoto’s briefing, though, was his disclosure that the US had invited China to a meeting in Washington to discuss China’s role in Africa and possible cooperation there between the US and China.

Such criticism was familiar. But Yamamoto also praised China for building infrastructure in Africa, which the US generally wasn’t, focusing rather on providing education and skills. China also had “some really good ideas on development” and Yamamoto praised China for providing an engineer battalion to help with the United Nations peace operations in Sudan.

This provided an opportunity for the US and China to work together to benefit Africa.

The strategic ambiguity of the US-China relationship in Africa was again clear when General Thomas Waldhauser, commander of the US Africa Command (AFRICOM), briefed Congress on Tuesday. The Trump administration’s National Defence Strategy now ranks the security threat posed by China and Russia as even greater than that posed by international terrorism.

Nevertheless Waldhauser said there were opportunities for the US and China to work together because of a shared interest in Africa’s stability. AFRICOM had already begun engaging China, particularly in Djibouti, where the two countries had military bases just a few kilometres apart.

But in the same breath Waldhauser showed concern that the Djibouti government had just taken over its new container port from a private Dubai-based company. Waldhauser suspected that Djibouti did this to hand the port over to China to repay a US$1.2 billion debt to China for loans to build the port and other infrastructure. Djibouti had assured the US it would not give the port to China; but if it did, that would ‘significantly’ affect AFRICOM’s operations because the US Navy used to port to offload supplies.

A spokesperson for the Chinese information ministry said Yamamoto’s accusation that China was pushing Africa into unsustainable debt was ‘completely inconsistent with the fact’. The official said Africa’s debts had accumulated over a long period and that Chinese loans were mainly for infrastructure and were therefore productive, helping countries achieve industrialisation and modernisation.

Deborah Bräutigam, director of the China Africa Research Initiative at the Johns Hopkins School of Advanced International Studies in the US, agreed that some African countries were having trouble repaying rising debts. But this was not all due to China. In several African countries, more debt was owed to traditional lenders such as the World Bank and Western commercial banks than to China.

She was nonetheless struck by the more positive attitude of the Trump administration than that of former president Barack Obama towards China. The acknowledgement of positive Chinese contributions and the desire to cooperate over common challenges by Tillerson’s officials was “far more promising and more positive” than the US attitude in 2012 when Obama’s secretary of state Hillary Clinton articulated a more critical US view on China in Africa.

Chris Alden, China expert at the London School of Economics and the SA Institute of International Affairs in Johannesburg, said, ‘I don’t think I have heard such a sympathetic tone to discussing China’s role in Africa out of US officialdom.’ Though this was of course qualified by the criticism of China for resource exploitation and saddling Africa with debts – and Waldhauser’s security concerns about Djibouti.

Despite the sharp rejection of parts of Yamamoto’s statement, the Chinese Ministry of Foreign Affairs spokesperson didn’t rule out cooperation. He welcomed “the concerted efforts made by the international community to support Africa in achieving peace, stability and development. We hope that relevant countries can contribute more to Africa’s development and view China-Africa co-operation in a fair and objective way”.

Alden said he believed Beijing would accept the US invitation to discuss cooperation in Africa. “I think that there is appetite on the security side from Beijing that is positive towards cooperation … But also remember that the Djibouti base is as much about being a platform for the Gulf where China is preparing to take a much larger role as the US seems to be reducing its commitments – though not its force size and structure.”

China’s growing interest in the Gulf was evident from its evacuation of its citizens from Yemen. It was also concerned that Saudi Arabia – its first though sometimes second source of oil – was undergoing a difficult reform, and that Iran was becoming increasingly active.

Meanwhile there was growing uncertainty of the US as the regional guarantor of security in an era when China was staking its economic claims on its gigantic Belt and Road development corridor that ran through the area.

But if the US and China do bypass their differences and step up cooperation in Africa, will that help just them or will it help Africa too? No doubt the big powers will be acting primarily in their own interests, but if they do coordinate their development efforts and their efforts to fight terrorism, for instance, that could benefit Africa.

The key will be to include Africa in the discussion, as Alden suggests. ‘The last time great powers cooperated on managing their conflicting interests in Africa, it did not work out that well for Africans,’ he said, referring to the infamous 1884-1885 Berlin Conference where the European powers carved up the continent.

But if the prospective coordination “is a sort of contemporary version of that NEPAD-G7/8 partnership where African inputs are significant”, this could be constructive – especially if the co-operation included the security sector which it had not done in the past. DM