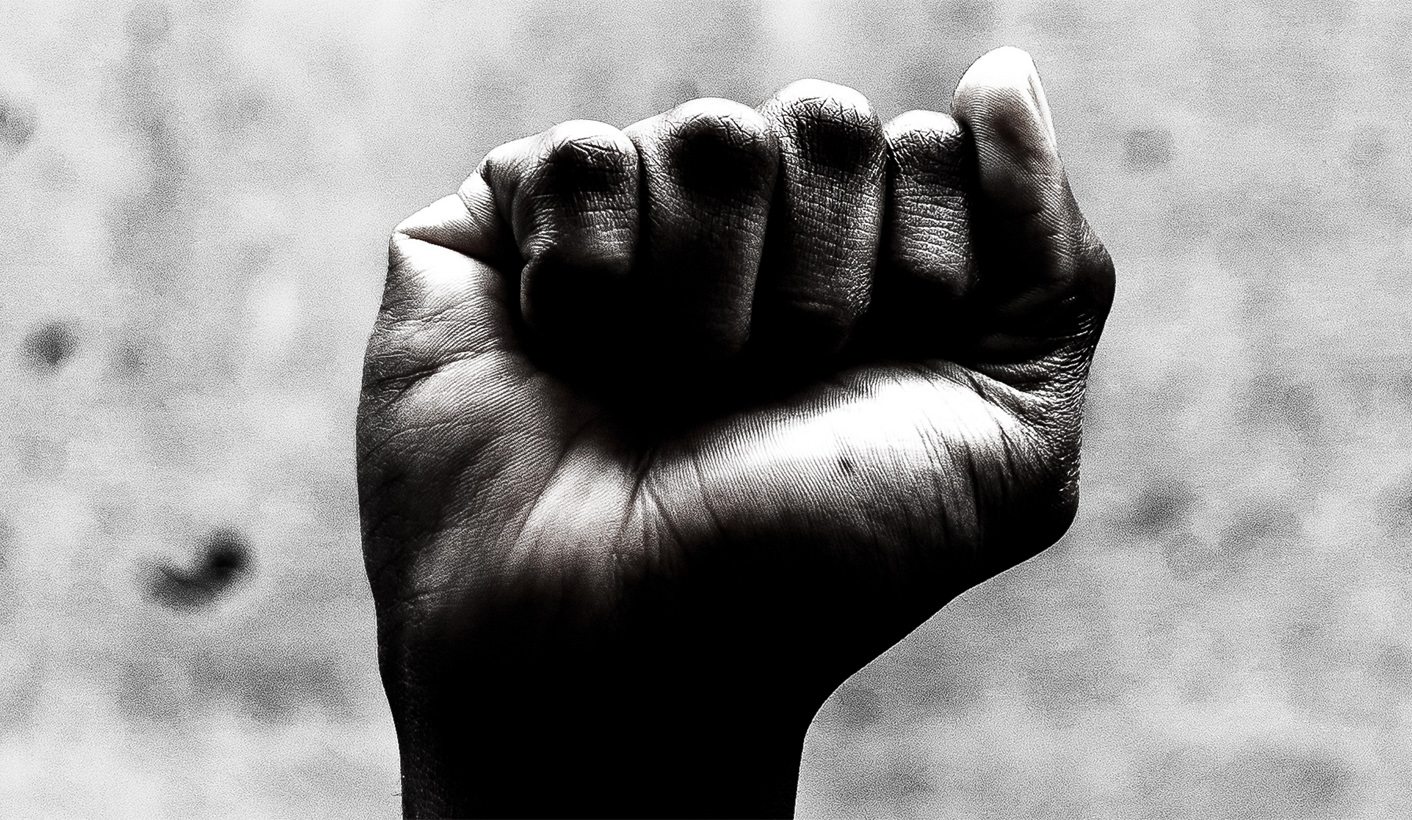 The vote to look into the expropriation of land without compensation has been recently won in Parliament. And the Anti-Racism Network has announced its Anti-Racism Week, from 14-21 March. South Africa seems head-locked in the social ills of the past. By NKATEKO MABASA.

“We have come a long way,” said Mcebisi Jonas, former Deputy Minister of Finance, at the launch of the yearly Anti-Racism Week event hosted at the Apartheid Museum.

Arts and Culture Minister Nathi Mthethwa, in his few remarks, announced that the Hate Crimes Bill will finally go through Parliament before the end of the term. This Bill is meant to finally tackle crimes that are racial in nature, but it will also include the criminalising of gender-based violence and xenophobia. Back First Land First (BLF) also published their own version of an anti-racism bill in response and crticised the Hate Crimes Bill for being misguided in defining racism.

And it seems that the fundamental question underlying the current political debates is this: how do we tackle the crimes of the past today? Land expropriation without compensation has taken centre-stage and brings back old ideological debates of apartheid South Africa.

The third Anti-Racism Week, said Jonas, is a reminder that we cannot attack racism only as a show: as one week in a year, in the wake of a tragedy, as fodder for media headlines or even as a mechanism for political expediency.

“Racism is overt – a denial of people’s basic human rights, dignity and respect,” said Jonas, quoting from the Department of Justice website. “Racism is also covert – it is the power of the unsaid, it is the growing, silent, fearful retreat of millions of ordinary men and women in our country, whom I wholeheartedly believe would choose to embrace our constitutional ideals of non-racialism, while not denying the accompanying complexities, were they co-opted by virtue of their skin colour into the growing narrative of black vs white.”

Jonas said that “racism is structured in the make-up of the economy and the social relations it reproduces”.

Dealing with the topic at hand, how to #RootOutRacism from the Economy – he said: “This is highly relevant, complex and emotionally charged, but I will keep my input coldly analytical in flavour.”

He went on to lay out the outline of his speech, divided into “three broad themes”:

Jonas pointed to deep-rooted racial inequality in the structure of the economy as well as the Group Areas Act’s removal of “Africans from the lands of their birth to reside in the native reserves”. The result of this has been in reducing the cost of reproducing African labour power, due to forcing them to work on white-owned farms (Cheap Labour thesis).

This apartheid capitalist system, said Jonas, divided the country into groups to ensure exploitation and “to co-opt and curtail” resistance. This includes the creating of the small black elites in Bantustans and later the creation of the small black middle class in the urban township, to serve as a buffer between the oppressor and the oppressed.

Further inherited challenges of 1994 include a black majority making up 90% of the population with low education and skills, no wealth or wealth-generating capital, limited access to basic services, and no history of legislated democracy. Added to this, they inherited a state machinery built to exploit and oppress and serve the interests of a white minority.

The journey, said Jonas, has been “quite remarkable”, considering how far we have come.

“Through overcoming racial divide, reconciliation and many other achievements, such as an expansive fiscal redistribution policy, progressive taxation combined with state spending on grants, public services and social infrastructure, it has brought significant social returns in reducing poverty and vulnerability amongst the black masses.”

When the state is not captured, Jonas declares, “the state architecture” that has been assembled over the years is able to serve all South Africans. Through constitutional provisions, Jonas maintains, “we have built a robust system of accountability – checks and balances.”

He continues, “Just think for a moment if in the last couple of years those checks and balances were not there.”

Though the structure of capital has changed since 1994, he admits that it is not in many ways benefiting the black majority.

“Black unemployment and level of inequalities have not been reduced,” said Jonas.

Jonas cites two reasons why inequality has not been reduced, while we have the most “effective distribution system globally”.

The first reason is provided by French economist Thomas Piketty, who in the opening chapter of his highly celebrated book Capital in The 21st Century studies the events leading up to the Marikana massacre of 2012. He concluded that income from assets – savings, housing, pensions and investments – have grown faster than wage earnings. Therefore, according to Jonas, “growth benefits those who are already endowed with assets – that is white South Africans, obviously”.

The other reason is the restructuring of the South African economy. It has moved from a low skills labour economy to a high skills services economy.

The one question Jonas posed to the audience to consider is whether bringing in high-level service skills from outside the country will reduce inequality.

In what to do differently, Jonas recommends fiscal redistribution and progressive taxation as a proven method of increasing inclusivity. It must be sustained despite its limits. It becomes futile if the economy is not restructured. And to achieve this, “the quality of our education must be a focus”.

With regards to affirmative action, the mixed success of such policies is especially less effective when the state is weak, corrupt and captured – “when it benefits mostly captured elite or when the policies discourage private fixed investment and provoke capital flight”.

The growth strategy that Jonas offers is a focus on “transforming, growing and diversifying our economy for increased inclusivity”.

There must be active measures to increase the participation of the historically excluded in the economy, he said. And there must be a move from BEE policies and the focus must be access to capital, access to technology, and efficient and cost-effective logistics, which are all dependent on the success of State-owned Enterprises.

The former minister concluded that we “have a lot of Catch-22s in our country” when talking about established capital.

“If you think about it, the big elephant in the room in the debate about economic transformation in South Africa is our failure or rather ambivalence in dealing with established capital. At some point they are our brothers and friends, some points they are our enemies. It depends on where you stand on the matter.”

These are the critical matters that current politicians are met with today in South Africa. And to endear themselves to “the people” they must appear an enemy to this established capital. And since capital is mostly white, this then takes on a racial, polarising tone.

South Africa is at the stage where urgent and paramount questions cannot be ignored any more but must be dealt with head-on. President Cyril Ramaphosa comes into a position of power with a party that has multiple internal issues of corruption and factionalism and a once heroic African liberation party on the decline.

And the urgent question, so frightful to ask, because neither answer is ideal, is whether the ANC will be replaced either by the DA that is starting to show its own internal issues, or by the populist radical leftist EFF, which seeks the expropriation of land.

Or will the ANC finally slip into authoritarian rule as is common with liberation parties, using force and election rigging to stay in power.

It is difficult to see the future of South Africa. To quote the late Winston Churchill on Russia: It is “a riddle, wrapped in a mystery, inside an enigma”. DM