Water Woes: Nehawu to down tools at ‘broken’ department of water 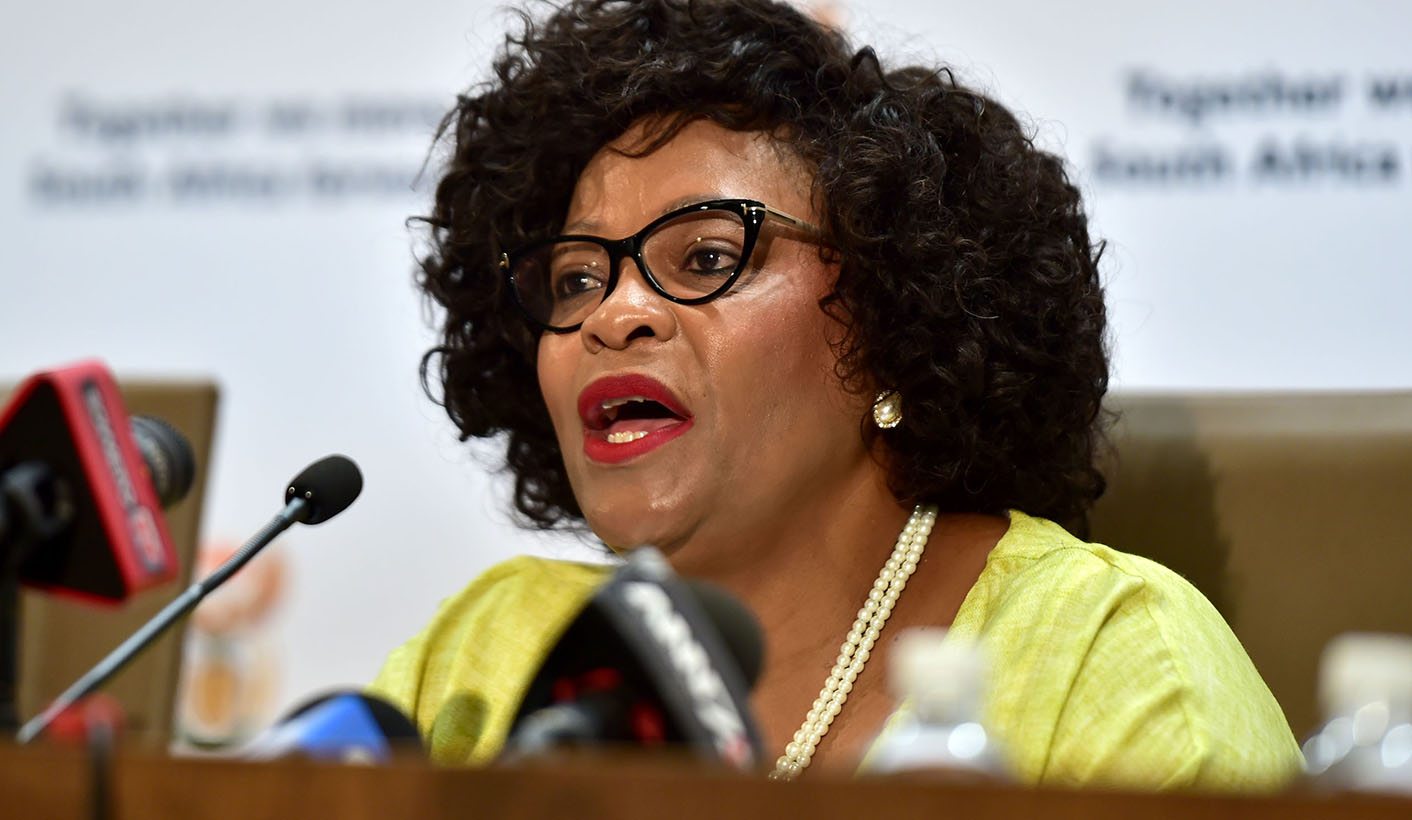 As if the water crisis wasn't enough, Nehawu will lead a nation-wide strike at the Department of Water and Sanitation on Thursday. The union has described labour abuses at the dysfunctional department and blamed former minister Nomvula Mokonyane for leaving it in financial ruin. By GREG NICOLSON.

The National Education, Health and Allied Workers Union (Nehawu) announced on Wednesday that its 3,000 members would lead a strike at the Department of Water and Sanitation’s 53 workplaces across the country after negotiations collapsed at the General Public Service Sector Bargaining Council.

The strike could affect water service delivery at a time when Cape Town and many other, less publicised municipalities across the country face crises of drought and water provision. Local government is responsible for providing basic water and sanitation services, but Nehawu Deputy General Secretary September Mavuso said municipalities work with and rely on services from the national department.

“There is no strike that won’t disrupt services. The issue is to what extent and how long,” said Mavuso. Some positions at the department are classified as essential services, but he said they were only limited from striking at critical times of the year, meaning such employees could join the strike. Nehawu expects non-members to take part in the industrial action and predicts 5,000 workers will down tools.

Mentioning the services Nehawu members perform in construction, on dams and in corporate offices, Mavuso said: “Certainly in most of these areas there’s going to be disruption.”

General Secretary Zola Saphetha said Nehawu members are at the centre of service delivery. “When they withdraw their labour it means service delivery is not going to be normal.”

Saphetha said they are not trying to punish communities but said the action needed to be taken for the benefit of employees and the long-term stability of the country’s water supply. “We don’t see it as a negative impact. We see it as the right and necessary thing to do for the union and communities to join hands.”

Nehawu slammed former water and sanitation minister Nomvula Mokonyane, who was recently moved to the communications portfolio, and called for a meeting with recently-appointed Minister of Water and Sanitation Gugile Nkwinti. Saphetha said Nkwinti has not acknowledged their request for a meeting.

“Any interruption to the work that we do is a concern for us,” said department spokesperson Sputnik Ratau. He hoped an agreement could soon be reached with the union but said Nkwinti was still meeting the department’s managers and needs time to familiarise himself with the issues before meeting Nehawu.

Union leaders said they had information on maladministration, exploitation and abuse in the department. “Of course there’s a direct link between the (water) crisis and corruption,” said Saphetha. “The truth of the matter is people who are in managerial and leadership positions in the department of water are less concerned about water than what is in their pocket.”

Parliament’s standing committee on public accounts (Scopa) has decided to lay criminal charges against the department for taking a R2.9-billion overdraft from the Reserve Bank. “Scopa is concerned that it is ordinary people who are affected by the instability and financial mismanagement in this department, because South Africa is a water-stressed country,” said Scopa chair Themba Godi recently. “In reality, Minister Nomvula Mokonyane has left a department that has completely collapsed.”

Nehawu said Mokonyane had bloated the department with unnecessary officials, victimised staff who resisted her instructions, and outsourced key infrastructure projects to private companies, which, in at least one instance was paid despite not completing its work. The union would not detail the evidence it has against the department, claiming it is investigating laying charges or reporting the matters to the public protector.

The strike relates more to working conditions than pay. “The department continued to negotiate in bad faith with the union hence the union is left with no other option but to go on strike,” said Saphetha. Nehawu said employees in construction services were only paid 32% of their bonuses last year and says they must be paid the full amount.

The union is also demanding an improvement in safety measures and working conditions. “Many of our members are working in appalling conditions, offices with falling ceilings, no working air conditioners, small offices occupied by more than three employees, no working toilets, no protective clothing, dilapidated houses for those working next to dams and in some instances lack of working tools,” said the union’s statement on Wednesday.

Saphetha said they are also demanding that the outsourcing of projects and irregular appointment of managers come to an end. He claimed they are used as a form of patronage and corruption. DM