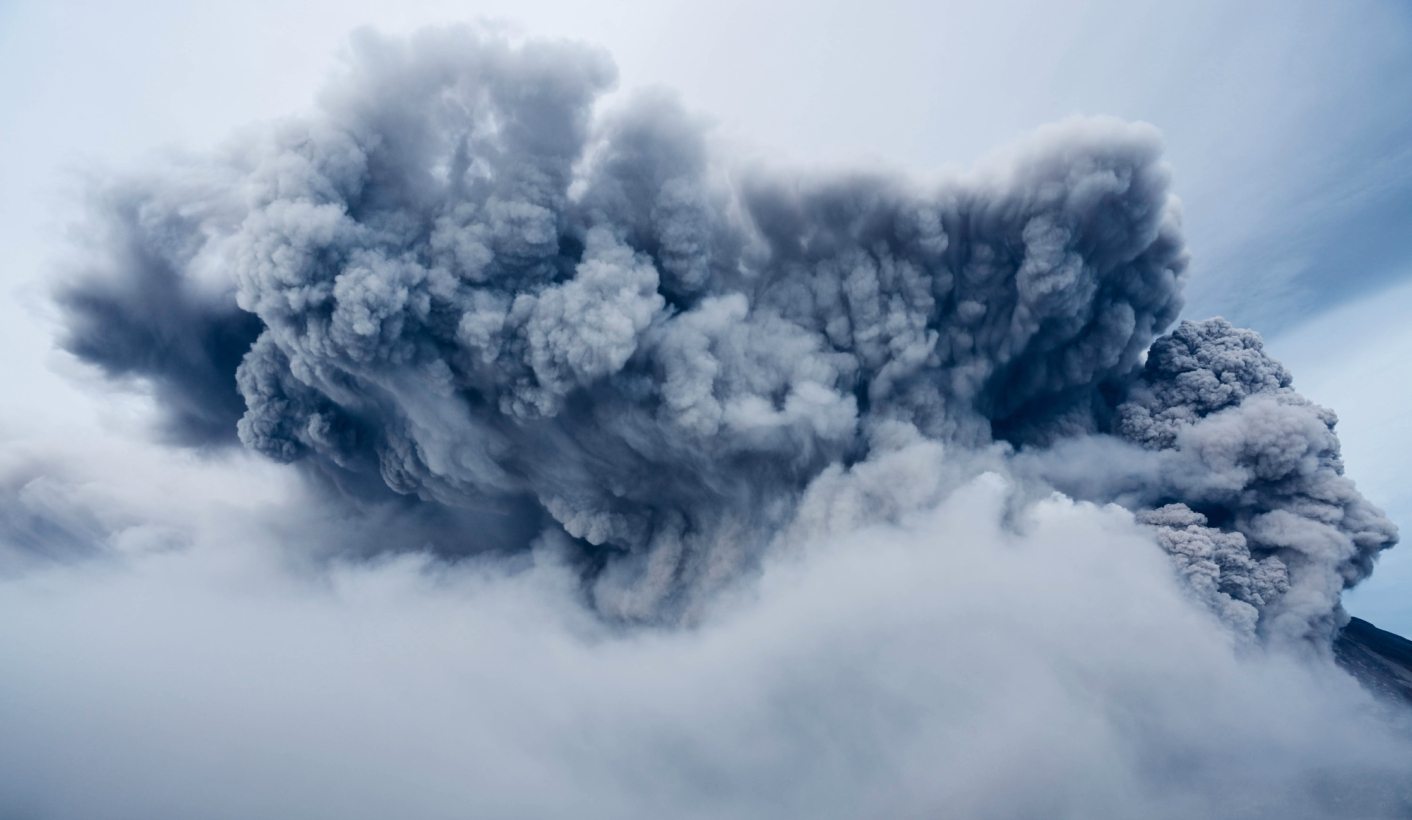 New evidence suggests that Toba might have been more bang than an apocalyptic ash cloud. Researchers from the University of Arizona, who studied sediment cores taken from Lake Malawi, believe they found no evidence of a plant die-off that would have come with the six-year-long nuclear winter that is proposed to have happened in the Toba catastrophe theory. By SHAUN SMILLIE.

It might have been the closest brush our species had with extinction and we have no memory of this trauma.

For six long years small bands of humans clung to survival as the earth froze and ash blotted out the sun. With no sunlight, most of the planet’s plant life had died off.

What was left were just a few thousand humans who survived in isolated pockets across southern Africa. Later, after their populations had recovered sufficiently, these pioneers headed out of Africa and repopulated the rest of the world.

Some scientists believe this catastrophic event happened 74,000 years ago, after the super eruption of Toba in what is now Sumatra.

It is known as the Toba catastrophe theory and it has been knocking around for the last quarter century. This theory not only attempts to explain the cause of a mysterious bottleneck in our genetic past but also a renaissance period that saw a bloom in human cognition and innovation across southern Africa.

But now new evidence suggests that Toba might have been more bang than apocalyptic ash cloud.

Researchers from the University of Arizona who studied sediment cores taken from Lake Malawi, believe they found no evidence of a plant die off that would have come with the six-year long nuclear winter, that is proposed to have happened in the Toba catastrophe theory.

“This is the first research that provides direct evidence for the effects of the Toba eruption on vegetation just before and just after the eruption,” said the lead author in the study, Chad Yost.

From the microscopic remains of ancient plants that had washed into and gathered at the bottom of the lake, the team were able to piece together a picture of what the environment looked like 74,000 years ago and it does not support a theory of a sudden die-off.

A previous study had pinpointed a layer in the core that related to the time of the mega eruption.

They were able to do this from microscopic glass and crystals that are known to have come from the Toba eruption.

However Yost’s team did find some die-off of mountain plants that were at a high elevation. They believe that this could have come from the cooling effect of the eruption that brought with it frost.

“We don’t deny that the eruption had a climatic effect, that it did cool the planet. But we find no evidence for severe cooling and certainly no evidence of a volcanic winter,” says Yost.

When Toba exploded, it was the largest volcanic eruption in two million years. Some suggest that it spewed eight billion tons of sulphur dioxide and caused global cooling of up to 15 degrees Celsius.

This dramatic cooling caused by ash blotting out the sun would have triggered this nuclear winter.

Layers of ash from the Toba eruption have been found around the world, including here in South Africa.

The closest modern man would have come to experiencing such a super eruption was the 1815 eruption of Mount Tambora.

But Mount Tambora eruption was puny when compared to Toba, which has been estimated to have been at least 100 times bigger.

But even Mount Tambora had an effect on the global climate. It was the cause of the 1816 Year without a Summer, were temperatures dropped causing failed harvests across the northern hemisphere.

The high levels of tephra spewed up in the Mount Tambora eruption travelled across the globe, giving the sunsets of the period a spectacular yellow glow, which JMW Turner celebrated in his paintings.

But it is the presence of a genetic bottleneck that suggests that Toba might have had a far more deadlier effect on the human race than Tambora.

This genetic bottleneck appears at about the same time as the super eruption.

A genetic bottleneck is a sharp reduction in the size of a population due to environmental events (such as earthquakes, floods, fires, disease, or droughts) or human activities (such as genocide).

But some suggest Toba might not have been triggered by mega death.

“All non-African populations have a bottleneck during this time but it is most probably due to the migration out of Africa. Toba might have added to this bottleneck – but we just don’t know,” says Geneticist Assistant Professor Carina Schlebusch, of the Uppsala University in Sweden, adding she wants to see more evidence.

Archaeologists also lament that there is not enough evidence in the archaeological record to tell just what was happening at around 74,000 years ago.

Archaeologist Professor Curtis Marean has found evidence of the Toba eruption at the Pinnacle Point cave, near Mossel Bay. He believes that Yost’s study does show that the Toba event was significant.

“However, they then argue that this environmental impact was not significant enough to impact human populations.  I think this interpretation is unjustified because they do not present any archaeological evidence for how human populations reacted to this environmental change.  The archaeological evidence is required,” Marean says.

Yost points out that within a 50km radius of their drill sites on the lake, there are archaeological sites that were inhabited at the time of the eruption. This further suggests the eruption wasn’t that detrimental to humans in East Africa.

But this mysterious genetic bottleneck associated with Toba might have different cause, and it might be related to something that was happening in South Africa, shortly after the eruption took place.

Archaeologist Professor Marlize Lombard, of University of Johannesburg, refers to it as a fluorescence.

It was time when these early humans went through a bit of a renaissance. They began decorating themselves, beads, manufactured poisons and developed bow and arrows.

With these new technologies they began their long march out of Africa.

In the human genetic record, this movement might explain that bottleneck.

It is known as the founder effect, where a smaller group of individuals break from a larger population, and this causes a loss in genetic variation.

“So the key is to look at what happens in African populations. So far it does seem that at least some African populations show at least mild bottlenecks during this time, not at all as drastic as the old theory of only few thousand humans surviving, but there seems to be something going on,” says Schlebusch. “We are still fighting many uncertainties in methods and mutation rates however, and it is perhaps too early to say anything definite from the genetic side.”

Lombard believes the evidence that this die-off didn’t happen lies at our feet.

“Our whole landscape is covered in stone tools that are not in caves or rock shelters, so they get ignored. But you can’t walk here on the Highveld for one kilometre without finding stone tools,” she says, explaining that healthy populations of humans through time would have had to have left these tools.

Ultimately researchers believe that advances in genetics might one day prove whether there was a human die-off triggered by a nuclear winter.

“The only thing that is going to get us closer to understanding this is a genetic resolution, because we can’t excavate everything. It is the genes that will show us whether there was a bottleneck or not,” says Lombard.

Then we might just rediscover what was perhaps our darkest hour, that we all have but forgotten about. DM