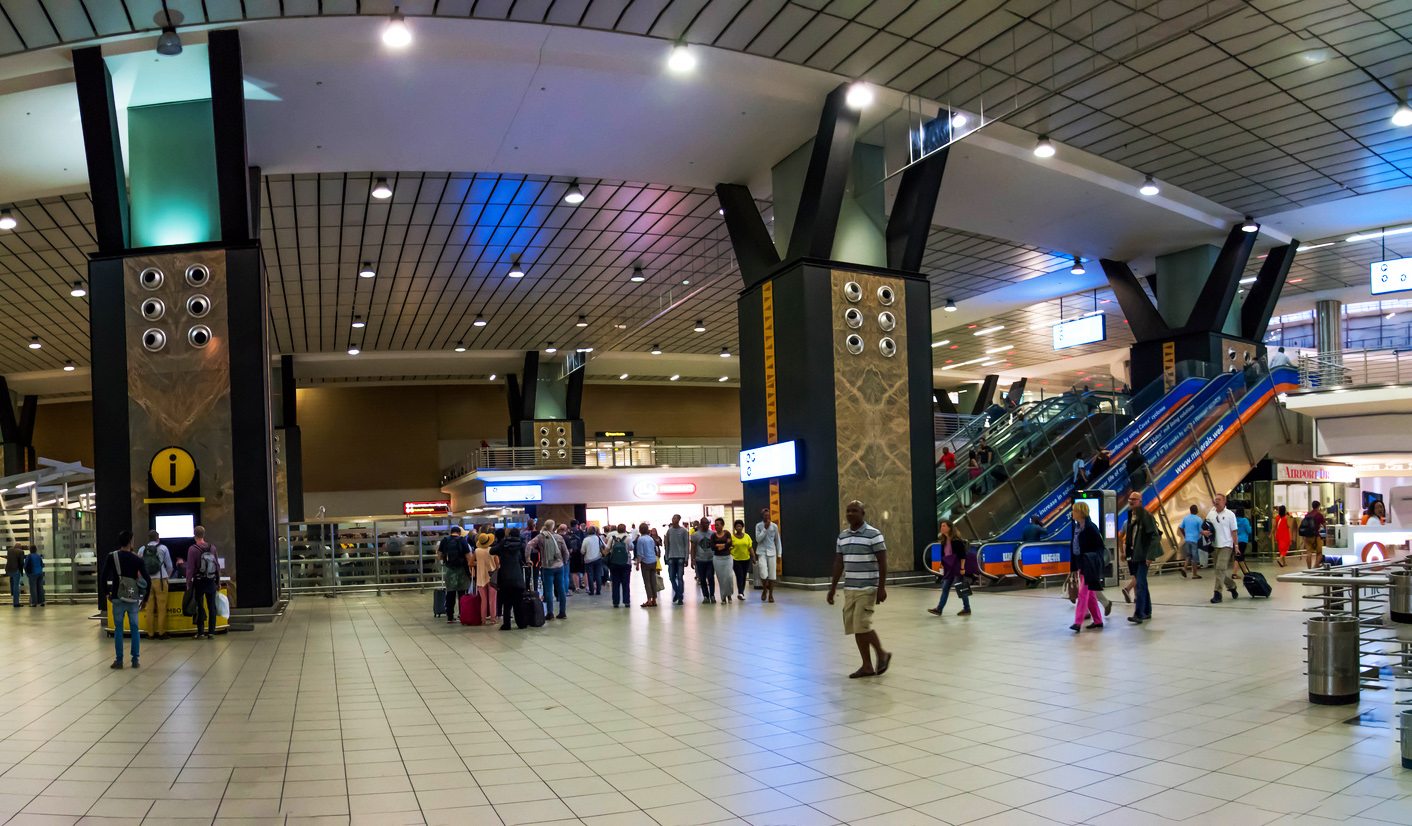 The Airports Company of South Africa is splashing out R200,000 a month on a consultant whose fees, in part, are already covered as a “full time resource” under a different contract that the parastatal has with a US consulting firm. By JESSICA BEZUIDENHOUT for SCORPIO.

The Airports Company of South Africa (ACSA) seemingly missed the not-so-fine print of a contract when it recently diverted an independent contractor on to its own books at a cost of R2.4-million.

For starters, the consultant, Eugene Klopper, is already contracted to a global consulting firm, AT Kearney – he is the “head of supply chain” on a R17-million project to overhaul the operating model of the parastatal’s supply chain management system.

Then, effective 1 January, Klopper was installed by ACSA on a fixed-term contract as group consultant of supply chain management, just weeks before ACSA’s new full time Group Manager of supply chain arrived – ostensibly to allow for an “orderly handover”.

Klopper was contracted by ACSA for 12 months for a position that really doesn’t sound all that different from the Group Manager position.

A copy of the AT Kearney contract perused by Daily Maverick shows that Klopper is an independent contractor specifically assigned to the state owned company by AT Kearney as “head of supply chain”, a job ACSA has now given him a 12-month contract for with a slight name change, that of “group consultant: supply chain”.

The contract also shows that his fees at R195,000 a month are included in the price submitted to ACSA and that his contract with AT Kearney spans the full nine-month duration of the company’s contract which ends at the end of this month.

ACSA seemingly missed these crucial snippets when it hurriedly pushed through Klopper’s appointment as a direct consultant and inadvertently saddled the parastatal with the potential extra costs.

Since Klopper’s fees as AT Kearney’s “head of SCM” were built into the company’s contract signed in June last year, that’s just under R600,000.

But fortunately it’s the era of new dawns – presumably this was an oversight and one that can easily be remedied when AT Kearney submits its final invoice to ACSA later this month.

Fearing the additional costs would be tantamount to wasteful expenditure, they took extra care to unravel the circumstances around Klopper’s bizarre appointment.

“Considering the mess at Eskom, it is important to stay in line with cost containment directives issued to all public sector companies, ACSA included,” said on senior insider.

“If this appointment was for a hand-over, why does it need to be for a whole 12 months?” the insider asked.

ACSA, in an initial detailed response to questions, said “portfolio hand-over depends on the circumstances such as the level of the position, notice periods, nature of the termination of the previous incumbent and so on”. “Hand-over periods, where relevant, are therefore not a policy matter and are dictated by the circumstances and requirements at the time.”

It said AT Kearney was contracted to assist with the implementation of a new SCM operating model and to provide operational support during what it called a transition period.

“The operational support team assigned by AT Kearney was led by Eugene Klopper,” ACSA said.

While AT Kearney’s current contract makes provision for a two to three- week hand-over period to ensure continuity as full time staff are appointed, it is not clear why this limited period did not cover Klopper’s position, especially since Mthuthuzeli Mboniswa, ACSA’s new GM of supply chain management started work on 1 February.

ACSA said the AT Kearney contract is still ongoing with specific work streams and deliverables. “However, the operational support component had to be enhanced due to a senior manager position that became vacant in November 2017.” It is unclear which vacancy the airports company refers to.

Daily Maverick was not able to find traces of changes to AT Kearney’s contract insofar as it it may affect Klopper’s role as the parties declined to respond to follow up queries that included when his contract with the company came to an end.

A trail of leaked internal documents though show that some staff were concerned about Klopper’s appointment as a consultant right from the start. A key issue seems to relate to his fees, which were pitched by what some described as “way beyond” ACSA’s pay scales.

Then there was the fact that his fees as a direct consultant would net him a monthly pay check of about 40% more than the company’s new GM for supply chain.

The global consulting firm landed the ACSA contract on the basis of a restricted bid last year.

Daily Maverick has confirmed that the contract is being extended for a further six months from April – pending an application and approval from National Treasury as it involves an escalation of more than 15% of the initial contract price.

“On 18 December the paperwork was initiated and the position of the incoming contractor was initially billed as acting GM SCM, but this was quickly flagged because the company had just hired someone for that position,” said one of the insiders.

“Although Klopper started work in January, there was no contract in place for several weeks, in fact, there were still concerns about his fees and suggestions that someone negotiates with him to align his fees with our salary benchmark,” a second insider said.

“And, I understand the paperwork took longer because he could not provide a pay slip against which ACSA will have weighted his salary. He eventually provided an invoice from AT Kearney.”

Several additional sources at ACSA agreed that it was is further baffling that ACSA needed to contract Klopper directly in view of it having extended the AT Kearney contract.

“If the intention was to retain the consulting company to ensure a smooth transition for implementation of the new supply chain system, why was (Klopper) their independent contractor, the project leader since inception, not retained by the consulting company?” asked one of the senior managers.

Klopper and Mboniswa referred queries to ACSA which declined to respond to follow up questions. Detailed questions were sent to AT Kearney CEO, Theo Sibiya, who said:

“AT Kearney’s global policy concerning Client Confidentiality Standards prohibits disclosure of our client’s identity, the nature of our work, and related, relevant details in the absence of explicit client permission. We will reach out to them on this for their permission.” No response was forthcoming by deadline.

Questions to AT Kearney included whether the company had isolated the costs of the consultant’s fee for the the months January to March, the period under which he was contracted to ACSA via AT Kearney.

The company’s R13-million contract extension was submitted as a special motivation for deviation from standard bid process. DM