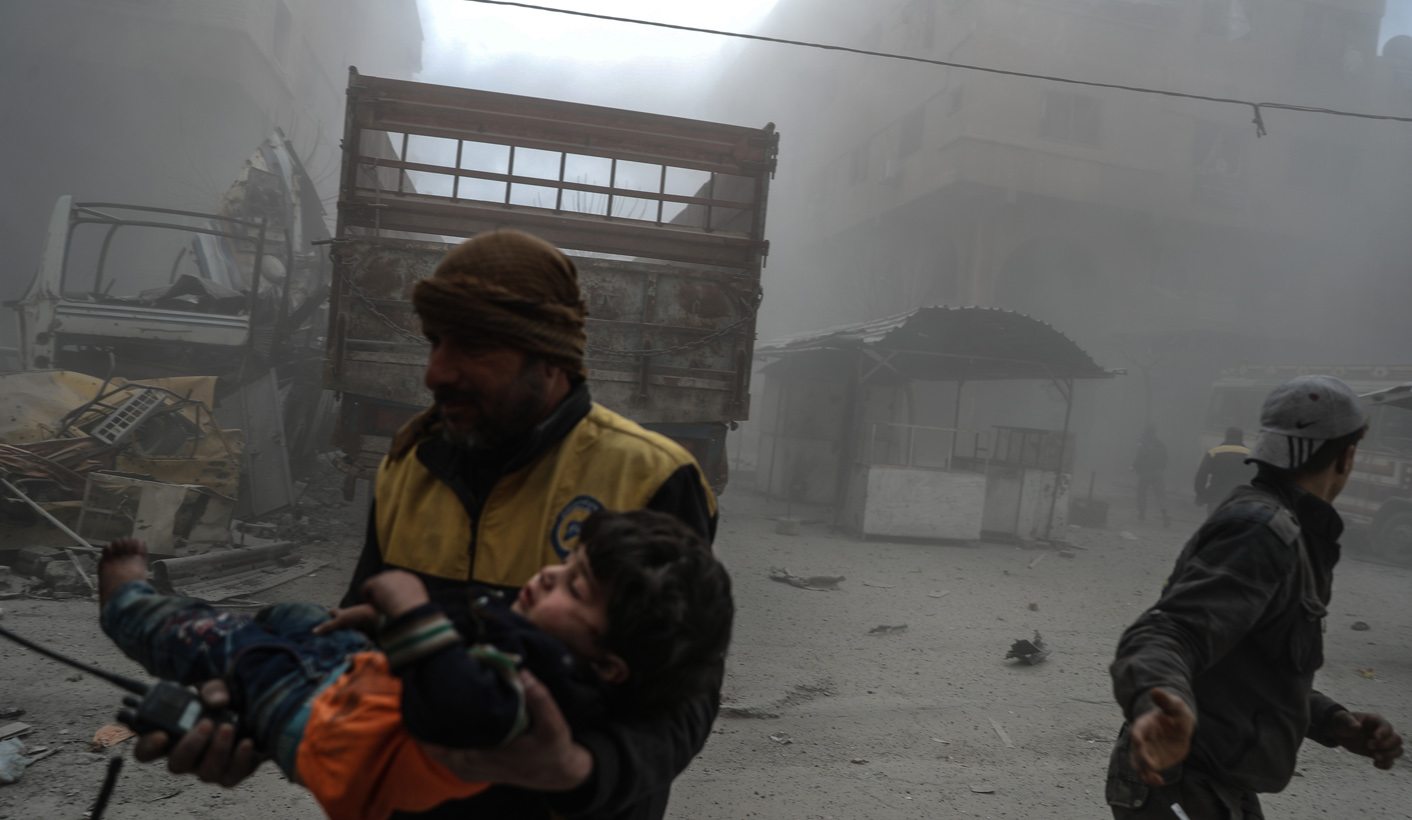 At no stage did South Africa oppose the holding of the Urgent Debate on the human rights situation in Eastern Ghouta in the Syrian Arab Republic. The South African delegation operated under severe time constraints and in doing so remained firmly within the parameters of government’s foreign policy approach. By CLAYSON MONYELA.

The article published in Daily Maverick on 5 March 2018 by Peter Fabricius titled “UN: SA opposition to holding urgent debate on Syria a worrying example of siding with dictators” is riddled with inaccuracies, demonstrates a lack of understanding of the manner in which the United Nations Human Rights Council functions, is dismissive of South Africa’s commitment to human rights, and cannot go unanswered.

The heading states that South Africa opposed the holding of an Urgent Debate in the UN HRC on the human rights situation in Eastern Ghouta in the Syrian Arab Republic on Friday 2 March 2018. It states further that South Africa was absent when it came to a vote, and that South Africa regularly abstains on votes in the General Assembly on Syria, Iran and North Korea.

The Government of South Africa is obliged to respond to these gross and offensive distortions of the manner in which our country’s foreign policy is conducted in the multilateral arena.

During the evening of Thursday 1 March 2018 the delegation of the United Kingdom requested the President of the UN Human Rights Council in Geneva for an Urgent Debate on the human rights situation in Eastern Ghouta in the Syrian Arab Republic. A draft resolution was received by the South African Permanent Mission to the United Nations in Geneva late that evening and transmitted to Pretoria at 21:34.

The President of the Human Rights Council then convened a special consultation at 09:00 on Friday 2 March 2018 for the Council to debate the UK request and decide whether to accede to it or not. Given the short timeline and other factors, the South African delegation was constrained in terms of its ability to respond, and adopted a “no action” approach, as did nine other country delegations. This is acceptable diplomatic practice in the absence of directives. The request for an Urgent Debate was carried, with 25 of the 47 delegations on the Council voting in support.

The Urgent Debate took place at 15:00 on Friday 2 March 2018. During the debate, the South African delegation stated:

“We join other delegations in expressing our profound horror at the tragedy unfolding in Eastern Ghouta in the Syrian Arab Republic. When he addressed the Council earlier this week, the High Commissioner for Human Rights made an impassioned plea to the international community to urgently address the ongoing violations and abuses of human rights in the Syrian Arab Republic.

“South Africa associates itself most fervently with this call by the High Commissioner. Failure to act under the prevailing circumstances of human suffering in Syria would be inexcusable. Central to the call by the High Commissioner was that the Security Council must be held accountable for the international community’s egregious failure to address this conflict and its culpability in the tragedy unfolding. The High Commissioner made an impassioned plea to the Human Rights Council on the irresponsible use of the veto by UNSC permanent members to settle geopolitical scores. What this means to my government is that the members of the Security Council cannot demand accountability from others when they themselves are not held accountable when lives are lost.”

South Africa subsequently abstained in the voting on amendments tabled by the Russian Federation, and in the vote on the actual resolution itself. This was in line with government’s policy in the United Nations to abstain on country-specific situations outside the African continent in order not to align South Africa with any particular geopolitical bloc, and to ensure that we retain our ability to adopt independent policy positions in multilateral forums.

At no stage did South Africa oppose the holding of the Urgent Debate on the human rights situation in Eastern Ghouta in the Syrian Arab Republic. The South African delegation operated under severe time constraints and in doing so remained firmly within the parameters of government’s foreign policy approach.

In future it would be advisable for commentators on our voting patterns and decisions at the UN Human Rights Council to familiarise themselves with the working methods of this council to avoid distortions and misrepresentations of facts. It would also be helpful to understand diplomatic nuances that operate in the multilateral space. Instead of seeking to advance whatever agenda is being pursued here, with throwaway lines that misrepresent and denigrate our diplomats, the author would be well served to engage with the Department of International Relations and Co-operation on the real issues at play within the context of this Eastern Ghouta resolution. DM