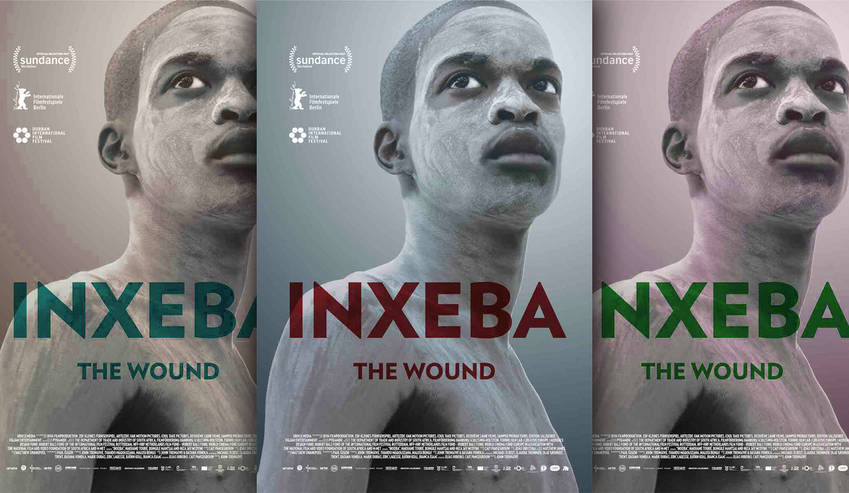 Yes, LGBTIQ+ stories do deserve to be made more public. Yes, the arguments forwarded by traditional leaders about Inxeba are nothing but representations of hegemonic traditionalist masculinities. Yes, the decision by the Film and Publication Board to classify it within the same category as pornography set decades of struggle against homophobia back. And yes, those who care for the advancement of the democratic project are right to protest against this and other forms of ignorant silencings. Yet there is a deeper, less colourful problem with Inxeba. By PHILILE NTULI.

During an interview with Eusebius McKaiser earlier in September 2017, John Trengove referred to the film, which he directs, as “ceba”/”iceba”. This garbled account is repeated later during the interview. It shouldn’t matter much, weighed against the display of grandiose cinematographic genius throughout the film. But it should. Here’s why.

First, because it pokes the wounds that continue to fester in the many black tongues that have rolled over backwards for decades to pronounce English words “correctly”. For the director of a film centred on a sacred African ritual, it is disrespectful.

Second, and consequently, that the film can easily be summarised as a successfully constructive critique of the multiple brands of homophobia vested in one of the few surviving preserves of African customary practices does not and should not ignore the sacredness of the entire experiment. Yet it does.

A queer black female filmmaker submitted this show-stopping critique of the film to Eusebius:

“… in their attempt to not reveal anything, they reveal Xhosa men to be sitting on the mountain for two weeks holding their genitalia (as the main character said). So nothing else happens in that place. Nothing? It’s a beautiful love story, but it is eclipsed by what feels like inadvertent hate for the culture because although the initiation rite is part of the plot, the desperate attempt to also make sure that some of the secrecy is actually honoured means that in the end, it reveals such a thin amount about it, that it renders the entire cultural rite of passage completely flat”.

What delivers to this critique its astuteness is its simplicity and unassuming search for love in a complicated narrative and plot. The film is not only about what Trengove calls “what it means to transition from one identity to another” – which he substantiates by noting Xolani’s (played meritoriously by Nakhane) own transformation.

Something beyond transitions is taking shape and subtly reinforced throughout the film. As noted in the above critique, it feels like “inadvertent hate that renders the entire cultural rite of passage completely flat”, and experientially violent.

The soft-spoken, sensitive, and reflexive caregiver who is conceived as “transitioning”, is not. What he is is a wounded man who kills the things he loves. During his own rite of passage as a boy, he killed his caregiver, a dog that wandered into his hut. Just the same, he kills Kwanda (portrayed unapologetically by Niza Jay Ncoyini), the initiate entrusted to him for care.

He leaves the mountain the same as he had arrived: wounded, secretive, and dangerously violent. He is not alone. In the jamboree of toxic black masculinities constructed and displayed in this film, each man, as once observed by Oscar Wilde of his own environment:

“… kills the thing he loves; by each let this be heard; some do it with a bitter look, some with a flattering word, the coward does it with a kiss, the brave man with a sword! Some kill their love when they are young, and some when they are old; some strangle with the hands of Lust, some with the hands of Gold. The kindest use a knife, because the dead so soon grow cold. Some love too little, some too long. Some sell, and others buy. Some do the deed with many tears, and some without a sigh. For each man kills the thing he loves, Yet each man does not die”.

For his insistence at freedom, they all kill the effeminate and unapologetic gay initiate. His fellows kill him with bitter looks and sharp dehumanising tongues; his father does it with traditionalist patriarchy; the elders with their defence of sameness; Vija, Xolani’s secret lover, with the hands of lust, and Xolani, the bravest, with a rock and silence.

For the duration of the film’s exhibition of a distorted scramble for manhood, the viewer is presented with only two alternative subjectivities: a white male and a black female. The former is a visible agent of his own representation. Typically, black men submit themselves to his gaze and seek his permission to access a waterfall, which under their customary law belongs to them and their community. He also becomes the victim of black nonsensical thievery.

The latter might have ululated when the group of initiates descended the mountain. But we won’t know, because she, like the many black women she represents, is rendered faceless and voiceless by “a” patriarchal lens. When she does speak, it is once, through her husband – words that might have saved her son’s life.

Given these inescapable nuances of “inadvertent hate” and experiential violence presented of Xhosa sacredness, the question remains of the influence and role of the subjective position occupied by the director.

Eusebius asks this question, to a well-meaning and measured response by Trengove on the cessation of his powers and privileges to black members of his production team, and on the importance of collaborative work. At the same time he, consciously or unconsciously, enjoys the privilege to change the question from “if” white people should tell black stories to “under what conditions” white people can tell black stories.

But it is not enough. A caller adds “why is it that our own things are being done by other people outside of our own selves…?”

To this question, Eusebius notes, “Nakhane, you’re rolling your eyes so far back you can see all the way to Beaufort West,” to which Nakhane responds:

“I’m not, this is such a complicated thing to talk about because it needs more than an hour, right? Number one, and this is something that I have been at pains in making sure that journalists understand that they should ‘not’ write about. But I’m just going to say it right now. And I might get murdered for it. The truth here is, right, if this film… if we waited for our brothers to make this film, it was never ever going to be made, because we all swear to the secrecy of the culture (‘we’ includes himself). And when we as the people who are perhaps oppressed by the culture talk about things that are oppressive of the culture, we’re made to feel like number one, we’re liars. I’ve seen this in Twitter discussions where straight Xhosa men have called queer Xhosa men perverted, liars, drama queens, when talking about things like sexual assaults and abuses that happen to them in the mountain. So, was the movie ever going to be made? Probably not.”

This response is both poignant and revealing, not only for its extension of symbolic violence to black “male” queer (or not) film directors in what it deems as the “truth” about “our brothers”, but also for its display of patriarchal confidence in excluding female directors. A white male outsider could do this, but not a woman “outsider”. Importantly, what can be abstracted from this statement, of the agency of the black male members of the production team, to whom white privilege and power was ceded?

Pause here, reader, to observe Toni Morrison’s words, in a story about a little black girl convinced of God’s non-existence because despite her attempts, she had not yet received the blue eyes she so desperately prayed for:

“You looked at them and wondered why they were so ugly; you looked closely and could not find the source. Then you realised that it came from conviction, their conviction. It was as though some mysterious all-knowing master had given each one a cloak of ugliness to wear, and they had each accepted it without question. The master had said, ‘You are ugly people.’ They had looked about themselves and saw nothing to contradict the statement; saw, in fact, support for it leaning at them from every billboard, every movie, every glance. ‘Yes,’ they had said. ‘You are right.’ And they took the ugliness in their hands, threw it as a mantle over them, and went about the world with it.”

It is not an easy conclusion to accept, the film’s unintentional, symbolic hatred for African customary practice and the experiential violence assumed of its masculinities.

What is perhaps most concerning is that the film exhibits and submits itself mainly to a Western gaze – having enjoyed a larger viewership in the West than in South Africa. Many of those whose experiences this story is about will see it long after western audiences have determined its fate. At best, it is an anthropological fairytale designed for an audience yearning constantly for exoticism.