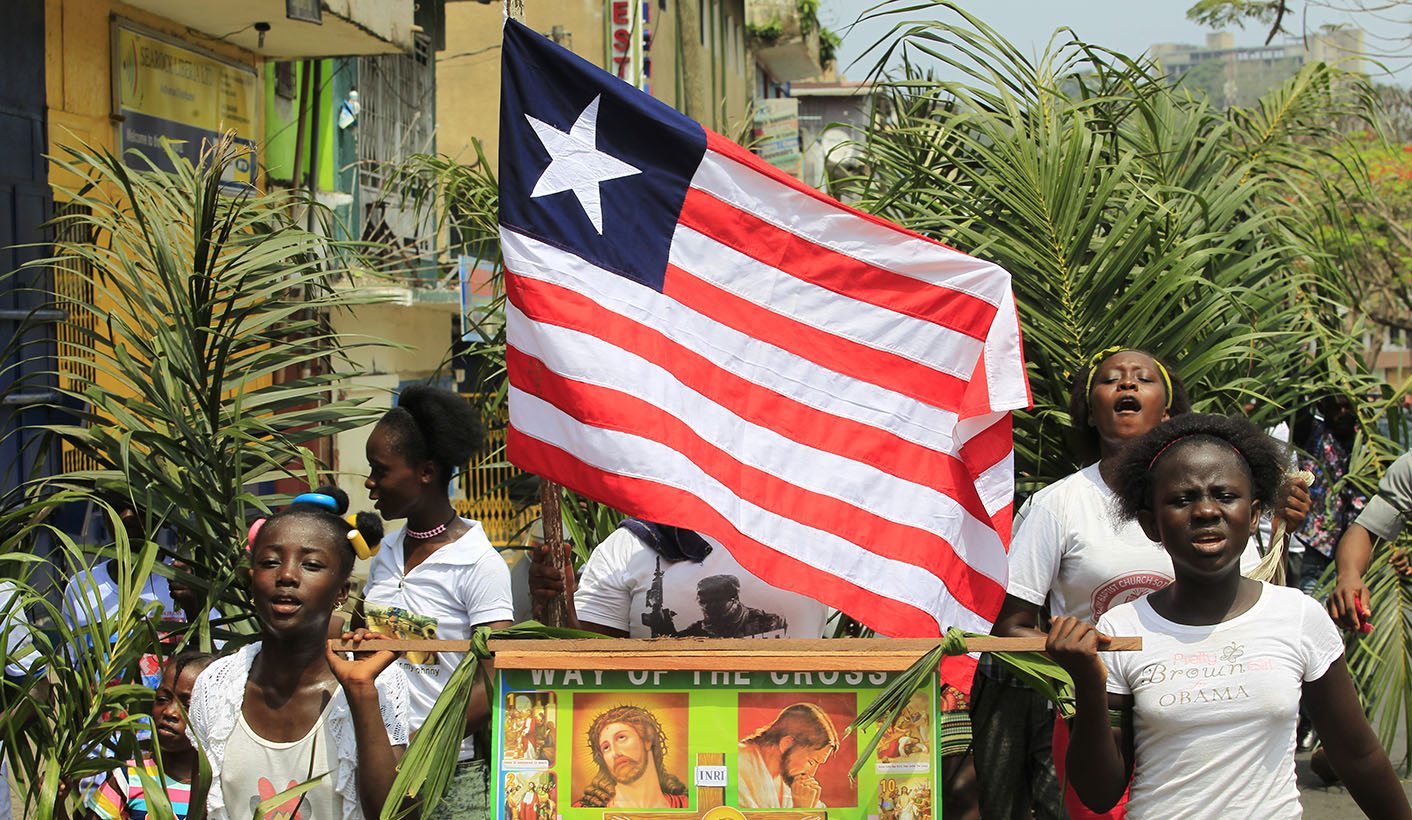 Despite peaceful elections and the withdrawal of peacekeepers, Liberia’s long-term future is still precarious. By Amanda Lucey for ISS TODAY.

It appeared to be business as usual in Liberia. The cooling sea breeze brought relief to the sticky air, the town was alive with shops and stalls, and the traffic moved slowly but unhindered. Yet 5 February 2018 marked a turning point in the country’s history.

An official ceremony in Monrovia symbolised the departure of the last remaining police and military personnel belonging to the United Nations Mission in Liberia (UNMIL). UN Special Representative of the Secretary General, Farid Zarif said: “The fact that the current circumstances allow the departure of our last contingent indicates that Liberia has reached the point where they feel absolutely confident of their future.”

This may be a bit of an exaggeration. The recent elections raised international concerns when the Liberty party challenged the results. The United States predicted a constitutional crisis could ensue. But perhaps Liberia’s war weariness prevailed and on 22 January, former football star George Weah was sworn in as president in what is hailed as the first democratic transition for Liberia in over 70 years.

Liberia is going through more than one transition though. As UNMIL hands over its duties to the UN Country Team, a much deeper transition from war to sustained peace is underway in the country.

In 2016 the UN Security Council and General Assembly adopted resolutions on sustaining peace. These resolutions say peace building aims to build a common vision for society, address the root causes of conflict and ensure national ownership of the process. They cover human rights, good governance, the rule of law, and stress inclusive and people-centred development.

UN Secretary-General António Guterres has prioritised conflict prevention in sustaining peace, and a report by the UN and World Bank focuses on grievances in preventing conflict. But how does this apply to Liberia?

A new Institute for Security Studies (ISS) report examines the transitions in Liberia and Sierra Leone. While both countries are far from returning to war, a number of unresolved issues are still a threat.

They have suffered an economic downturn, in part linked to Ebola, and the need for economic diversification remains. Youth unemployment is high and could threaten a fragile peace. Weak governance, corruption, justice and security challenges, gender inequality and limited reconciliation remain concerns.

Sustaining peace in these countries requires resources and ongoing attention. But as international attention shifts to ongoing violent conflicts (such as the Central African Republic and South Sudan) in a global climate of austerity, there is a growing disconnect between the rhetoric of sustaining peace and carrying it out in practice.

To ensure a smooth transition, and predictable and sustained financing, the UN has developed a peace building plan for Liberia. This is the first time the UN has ever developed such a plan for any country based on the government’s national peace building priorities, and involving a range of stakeholders, namely the government, UN, World Bank and Economic Community of West African States (Ecowas).

The point of the plan is to ensure a co-ordinated and coherent approach to achieving peace in Liberia. Based on consensus, it allows for a sequencing of actions that have a pro-poor focus, can be transferred to local capacities, and can show impact. However the plan has faced challenges – it was delayed by electoral postponements and it remains to be seen how it will be championed by the new government.

Aside from the UNMIL departure, the ISS report details other challenges for Liberia’s transition. Corruption and excessive state expenditure on salaries (mainly in the legislature) mean that little of the budget is spent on development. Senators are paid extravagant salaries and there has not been a single prosecution for corruption. This model is unsustainable and predicts ongoing aid dependency for years to come.

Personality politics suggests the need to deepen and cement democratic structures. Civil society in Liberia lacks capacity, not only in terms of resources but also strategic direction and independence. The rule of law and human rights need to be institutionalised through independent institutions.

And given limited resources, greater attention must be paid to local governance – community policing, better alignment of statutory and customary court systems, and indigenous systems of reconciliation.

Moreover, while the peace building plan provides an excellent starting point for partnerships with regional organisations like Ecowas, more can be done to bring in additional partners and co-ordinate existing ones.

South-south co-operation can help transfer knowledge and technologies that are better adapted to Liberia’s context. Co-ordination is needed between active partners like the US (one of Liberia’s largest and long-standing partners) and the African Development Bank, and new ones, like China. Co-ordination is essential to avoid a duplication of efforts and resources.

Liberia’s elections showed that there’s no desire to return to war in the immediate future. But that doesn’t mean all is well and good. Rather it means the time for sustained action is now, lest the gains of a well-fought freedom slide back into a nepotistic, unequal and unjust society.

A sustained focus will require the political will of UN member states, and innovative ways to work in partnerships. If the UN is serious about sustaining peace, it must put its money where its mouth is and give Liberia’s long-term future a chance. DM

For more, read the ISS policy brief on Sustaining peace in practice: Liberia and Sierra Leone.

Photo: Members of the Festival for Christ Movement carry the Liberian national flag as they parade the streets in commemoration of Palm Sunday in downtown Monrovia, Liberia, 09 April 2017. Photo: EPA/AHMED JALLANZO