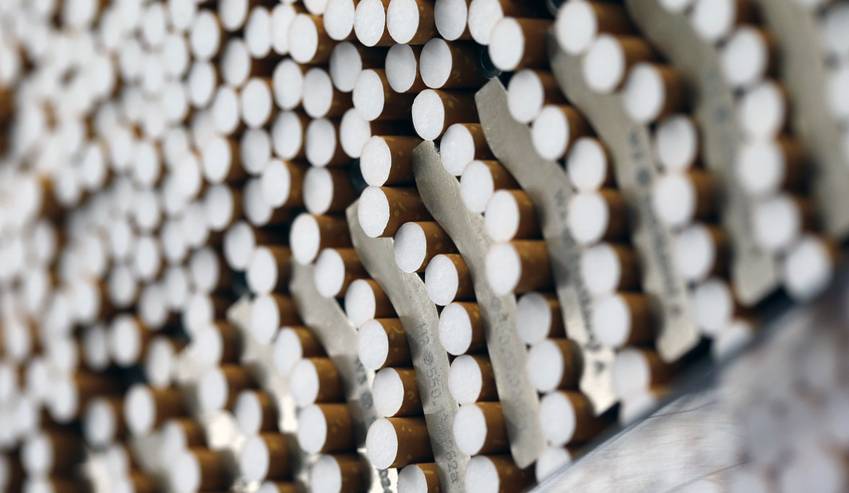 The global tobacco control conference opens for the first time on African soil on 7 March in Cape Town, but South African-born Derek Yach, a former World Health Organisation official, has been expressly forbidden to attend. KERRY CULLINAN reports for HEALTH-E NEWS on the tobacco war, where Marlboro maker’s Philip Morris is still a major player.

When Derek Yach worked at the World Health Organisation (WHO) as executive director for non-communicable diseases, he was one of the architects of a global tobacco control convention that is now supported by 180 countries.

Today, the South African-born doctor is a pariah in the tobacco control world, accused by former colleagues of “moving to the dark side”. The main reason for Yach’s ostracisation is his appointment last September to head a multi-million rand venture, the Foundation for a Smoke Free World, which is being bankrolled by Philip Morris International, the manufacturer of Marlboro cigarettes.

Philip Morris is channelling $80-million a year for the next 12 years –a massive $1-billion – into the foundation, which has set up offices on Fifth Avenue, New York.

The foundation says it will fund research into “smoking cessation and harm reduction” including supporting “better products and services” aimed at helping people to stop smoking and assist tobacco farmers to transition to other crops.

Yach’s appointment shocked his former colleagues in the tobacco control sector who worked alongside him to develop the Framework Convention on Tobacco Control (FCTC), which has become the public health world’s game plan for fighting the effects of tobacco, including “sin” taxes and the regulation of tobacco products, their packaging and marketing.

The attendance section of the 17th World Conference of “Tobacco or Health” website expressly forbids access to anyone associated with the new foundation or any tobacco company.

In an unusually blunt statement, the WHO condemned the new foundation, saying that if Philip Morris International (PMI) was truly committed to a smoke-free world, it would support evidence-based policies outlined in the convention, including “tobacco taxes, graphic warning labels, comprehensive bans on advertising, promotion and sponsorship, and offering help to quit tobacco use”.

“Instead, PMI engages in large-scale lobbying and prolonged and expensive litigation against evidence-based tobacco control policies,” said the WHO. It referred to a six-year arbitration process in Uruguay that Philip Morris lost recently, in which it “spent approximately $24-million to oppose large graphic health warnings and a ban on misleading packaging in a country with fewer than four million inhabitants”.

The International Union against Tuberculosis and Lung Disease dismissed the foundation as a “billion-dollar bribe the tobacco company hopes will secure it a seat at the table with public health policy makers around the world”.

“Philip Morris International makes huge profits each year off the back of people who are sick, impoverished and dying as a result of its cigarettes. Tobacco kills half of its users. And nearly 80% of smokers live in the world’s poorest countries.

“Meanwhile PMI spends over $6-billion each year on campaigns to hook new tobacco users. With its new foundation PMI aims to gain the ear of policy makers and public health experts—and respectability through association. But the tobacco industry has a four-decade track record of disseminating junk science to confuse the public about the deadly truth of smoking.”

Ironically, Yach said something similar thing in a journal article back in 2001, when he wrote “the use of front groups and consultants is a well established tobacco industry practice to avoid dealing with its lack of public credibility. Scientists were constantly at hand to assist in maintaining the industry-created controversy on the tobacco and health issue”.

As awareness of the dangers of smoking – which is associated with 23 different cancers and a host of other health problems – have become more widely known, cigarette companies have starting to promote electronic cigarettes that deliver nicotine-based vapour to users and heat-not-burn devices, that heat up tobacco.

Dr Stanton Glantz is the director of the University of California San Francisco’s Centre for Tobacco Research, Control and Education, and one of the world’s foremost authorities on the harmful effects of tobacco.

To Glantz, Yach’s “journey to the dark side is complete” as he sees Foundation for a Smoke-Free World as simply part of Philip Morris’s “efforts to promote its new heat-not-burn IQOS product”.

IQOS is the company’s trade name for its heat-not-burn device, that looks like a pen. Unlike e-cigarettes that heat up liquid that usually contains nicotine until it releases a vapour, the IQOS actually heats up tobacco – but doesn’t burn it, and Philip Morris claims that this makes it much less harmful.

Yach has long been persuaded by these arguments. Back in June 2015, I was invited to a media briefing on e-cigarettes to be addressed by Yach, who was head of Discovery’s Vitality Institute at the time. I naively assumed he would be opposed to e-cigarettes, yet I discovered that the briefing was hosted by local e-cigarette companies and that Yach was a vociferous supporter of these devices – now known to have a host of their own problems, including liver, lung, kidney and heart disease.

At the briefing, Yach argued that e-cigarettes “deliver nicotine to smokers without harmful consequences”, as it is the tar in cigarettes not nicotine that kills people.

Almost three years later, a lot more is known about the harmful effects of e-cigarettes. But Yach still endorses their use, claiming that they are “harm reduction” devices to wean people off cigarettes.

Writing in the Lancet last October, Yach said that millions of people now used e-cigarettes and heat-not-burn products and that “there is emerging evidence of the health benefits relative to continued smoking”.

“For e-cigarettes (vaping) in particular, there is emerging evidence from the UK and the US that increases in use are helping some smokers to switch and to quit, and that these products are not directly associated with daily cigarette smoking among youth,” argued Yach.

While there is little doubt that vaping is less harmful than smoking, electronic devices are not simply being used to wean people off cigarettes.

“Studies are increasingly documenting that, instead of prompting smokers to switch from conventional cigarettes to e-cigarettes or quitting altogether as some scientists and policy makers had hoped, e-cigarettes are reducing the likelihood that people will quit smoking, while also expanding the nicotine market by attracting more youth to start,” according to the University of California San Francisco (UCSF).

“While e-cigarettes deliver lower levels of carcinogens than conventional cigarettes, they also expose users to high levels of ultra fine particles and other toxins that have been linked to increased cardiovascular and non-cancer lung disease risks — which account for more than half of all smoking-caused deaths,” added the university.

Late last month, a study of almost 70,000 people led by UCSF found that daily use of electronic cigarettes nearly doubles a person’s risk of a heart attack.

“The new study shows that the risks compound. Someone who continues to smoke daily while using e-cigarettes daily has an increased risk of a heart attack by a factor of five,” according to Glantz, who co-authored the study.

“E-cigarettes are widely promoted as a smoking cessation aid, but for most people, they actually make it harder to quit smoking, so most people end up as so-called ‘dual users’ who keep smoking while using e-cigarettes,” according to Glantz, who co-authored the study.

Dr Ramla Benmaamar, Director of Global Scientific Communications for the Foundation for a Smoke-Free World confirmed that Yach would be in Cape Town at the time of the conference but would not attend “due to a ban that has been implemented on the Foundation and its associates”.

“Although Dr Yach has supported and led smoking cessation research and policy development and has been a strong proponent of harm-reduction policies, calling for a greater emphasis on harm reduction as early as 2005, the conference organisers have not taken into account the benefit his attendance would have provided the community with,” said Benmaamar. “They have also violated the basics of the South Africa’s Bill of Rights’ freedoms of association and academic exchange.” DM