GroundUp: Water curbs – a tale of rich and poor 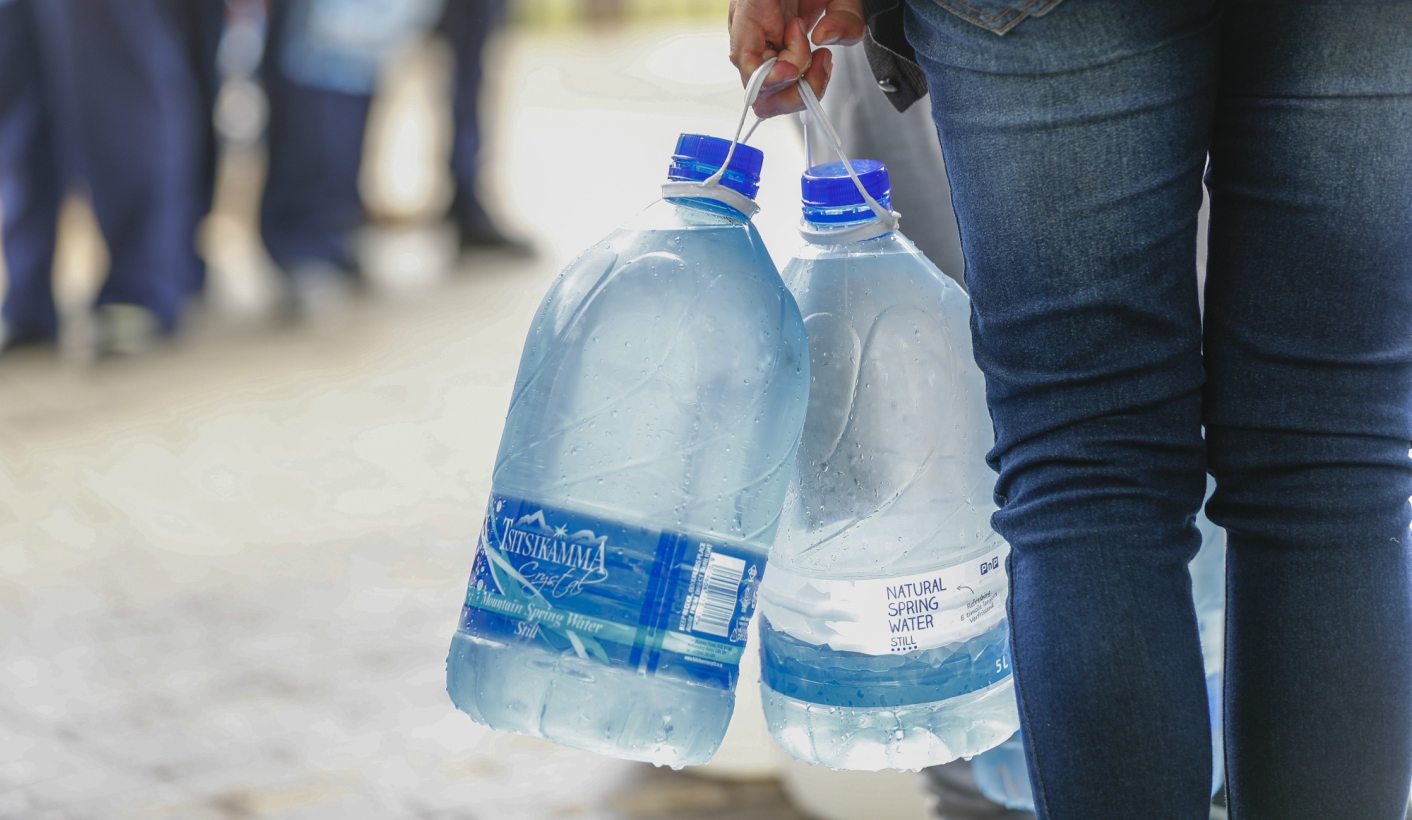 Most water management devices are installed in poor areas. By Maxwell Roeland for GROUNDUP.

This graph compares water usage in Rondebosch, a relatively wealthy area, and Langa, a working class area. Water usage in Rondebosch in 2015 was higher than Langa, especially in summer months, probably due to watering of gardens and filling of pools. Since then water usage has dropped dramatically across the city. Source: City of Cape Town via a UCT academic’s presentation

The City of Cape Town has installed about 250,000 water management devices designed to curb household water use. But most of them — at least 64% — have been installed in poor communities, not in affluent homes where water restrictions are being flouted.

Water management devices are a key part of the City’s water demand management strategy. These devices are installed in place of a traditional water meter and can be programmed to shut off water supply after a daily allocation has been used.

Mayco Member for Informal Settlements, Water and Waste Services Councillor Xanthea Limberg says the devices are installed by the City under three programmes:

About 250,000 devices have been installed across Cape Town to date, says Limberg. Of these, 160,000 devices have been installed as part of the “indigent water leaks project”. Under this programme, the City offers to do a once-off fix of any leaks on the property and write off any accumulated water debt on condition that a device is installed. Generally, a daily free basic water allocation of 350 litres per household is provided. The water supply is cut off after the allocation is used up. Exceeding current water restrictions now also triggers the cut-off mechanism.

The plan was aimed at addressing two related issues: extensive leaks and high, practically unpayable, water bills due to the leaks, to inherited debt from previous owners, or to many people using a single household’s water.

This map from the City of Cape Town shows water usage by area in March 2017. On inspection the graph shows clearly that wealthier suburbs use much more water than poorer ones. Water usage has come down dramatically, however.

Limberg says this programme “is to the benefit of residents as it includes fixing of household leaks on the City’s account as well as writing off of any accumulated debt”. Also, she says, “these devices protect households from the impact of undetected leaks which result in large water bills and significant wastage”.

But critics of the programme say while the devices safeguard municipal revenue and decrease the volume of water lost to leaks, they threaten poor residents’ water security.

GroundUp Spoke to Thabo Lusithi of the Environmental Monitoring Group (EMG), an NGO promoting sustainable solutions to environmental issues. EMG is a part of the Western Cape Water Caucus and has published a report on water demand management in Cape Town.

Lusithi says that the rollout of these devices in Cape Town’s poor communities was not transparent and those affected were not properly consulted.

Asked what kind of public participation had taken place before the initial rollout, Limberg said “households that are offered the device do receive education and awareness”.

This graph from the City of Cape Town shows the installation of water management devices for all three programmes. By 21 January 2018, about 30,000 had been installed. The dashed line shows instances where the device stopped water from flowing because a limit was reached.

The installation of the devices for the leaks programme is supposed to be voluntary, with contractors needing written consent before installation, but residents have complained that this is not always the case. Lusithi says that the lack of transparency has caused people to “hate the devices” and mistrust the City. Using Makhaza as a case study, the EMG report on these devices raised several problems with the City’s approach:

The report says the devices effectively shift the burden of recurrent leaks onto poor people, who generally have neither the skills to repair them nor the money to hire private plumbers. When leaks reoccur, the daily allocation of 350 litres is quickly used up, in some cases before residents wake up in the morning.

Lusithi also says residents feel that if they approach municipal offices they will have to choose between accepting a device and being hounded to pay their large bills. In early 2012, EMG worked with Prevention in Action to survey 50 Makhaza residents’ water bills. They found that, on average, R60,256 was owed and the monthly charge was R440, with the highest being debt of R831,919 and a charge of R5,090 per month.

According to Limberg, between January 2017 and January 2018, 21,298 devices were installed as part of the “indigent leaks programme”. Since September, when the devices were first installed to curb excessive water use, 13,290 have been installed, she says.

The installation of devices to curb excessive consumption “peaked at over 2,600 per week in 2017”. With new contractors, “capacity is expected to reach 3,500 installations per week,” Limberg says. DM