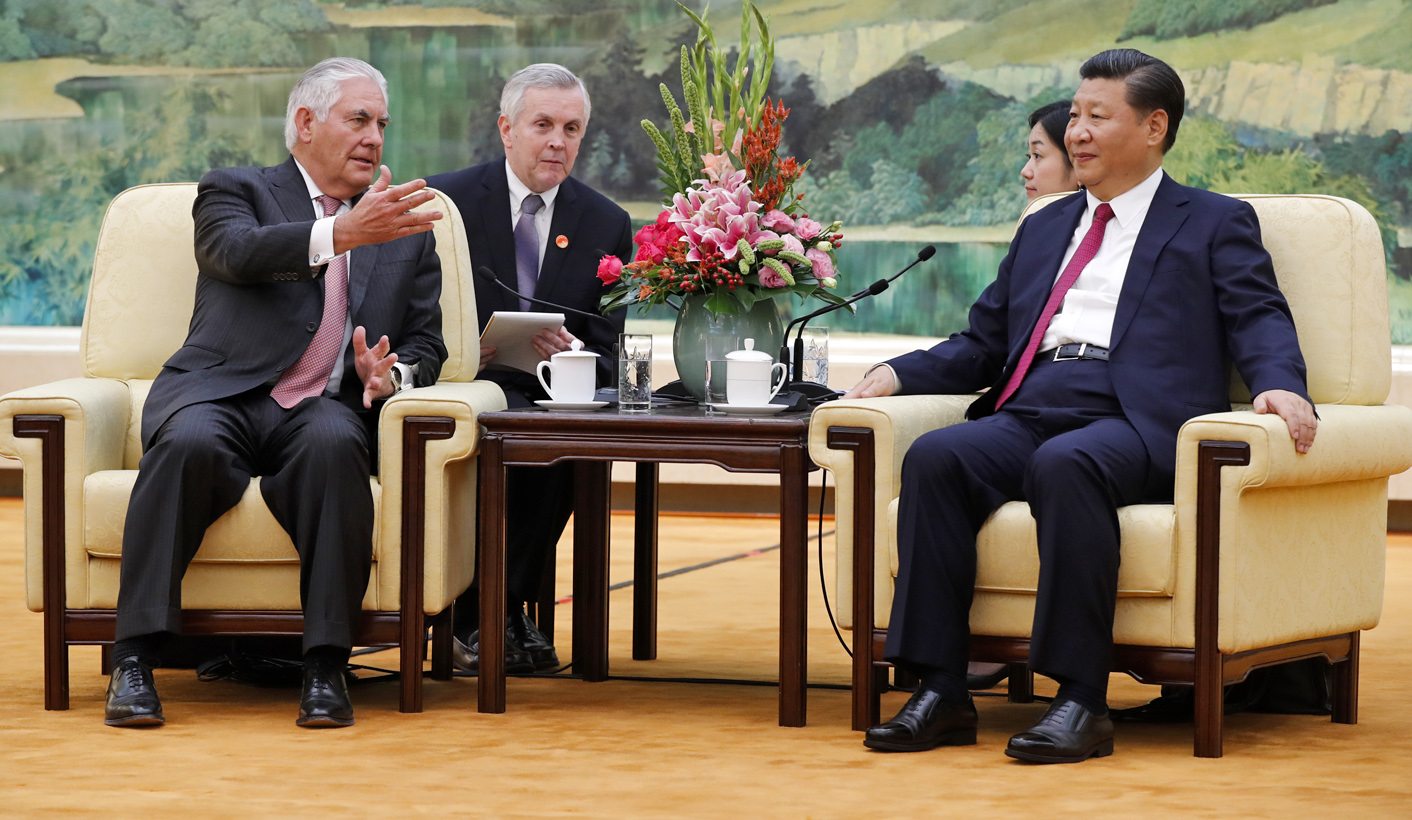 In response to US acting assistant Secretary of State for Africa Donald Yamamoto’s assertion that China is pushing African countries into unrepayable debt, China counters that it attaches high importance to Africa’s debt sustainability. By PETER FABRICIUS.

Beijing has flatly rejected the US claim that China is pushing African countries into unrepayable debt by giving them too many low-interest loans.

A spokesperson from China’s Ministry of Foreign Affairs was reacting to remarks by acting assistant Secretary of State for Africa Donald Yamamoto. During a briefing on Secretary of State Rex Tillerson’s current visit to Africa, Yamamoto said the US would soon invite China to a meeting in Washington to discuss China’s role in Africa.

He expressed concern that African countries were getting themselves into irredeemable debt through low-interest – in fact, concessionary – loans. He said 50% of these came from China. Yamamoto raised the spectre of the debt traps which many African countries fell into about 12 years ago, when the international community had to forgive billions of dollars of debt.

The Beijing official reacted by saying,

“This statement is completely inconsistent with the fact. Presently, the debt owed by some African countries was accumulated over a long period of time instead of occurring in recent years. China is not a main creditor of African countries.

“Financing support is indispensable for any country which is at the stage of economic take-off, especially the initial stage of industrialisation. Without financing, it would be difficult for African countries to achieve industrialisation and modernisation.

“China’s financing support to Africa is mainly invested in infrastructure construction and the productive field.

“The Chinese companies have built a large number of infrastructure projects such as highways, railways, ports, airports and communications facilities in Africa, which greatly improved the environment for Africa’s economic development, added to its appeal to foreign investment, and enhanced its capability to achieve self-driven development.

“In addition to loans, the Chinese government is more inclined to encourage and guide Chinese enterprises to increase their direct investment in Africa and has offered support in this regard, and actively explores new investment co-operation model(s) such as the Public-Private Partnership (PPP).

“I would like to stress in particular that China always attaches high importance to Africa’s debt sustainability. We are committed to intensive development. The large infrastructure projects are planned and moved forward along with promoting Africa’s industrial development.

“While pursuing the economic and social benefits of the relevant projects, we have also laid emphasis on enhancing African countries’ capability for independent and sustainable development so as to avoid adding to African countries’ debt burden.”

The spokesperson responded more positively to Yamamoto’s proposal that the US and China co-operate in tackling common African problems.

“China welcomes the concerted efforts made by the international community to support Africa in achieving peace, stability and development. We hope that relevant countries can contribute more to Africa’s development and view China-Africa co-operation in a fair and objective way.” DM

Photo: US Secretary of State Rex Tillerson (L) talks to Chinese President Xi Jinping (R) during a meeting at the Great Hall of the People in Beijing, China, 30 September 2017. EPA-EFE/ANDY WONG / POOL