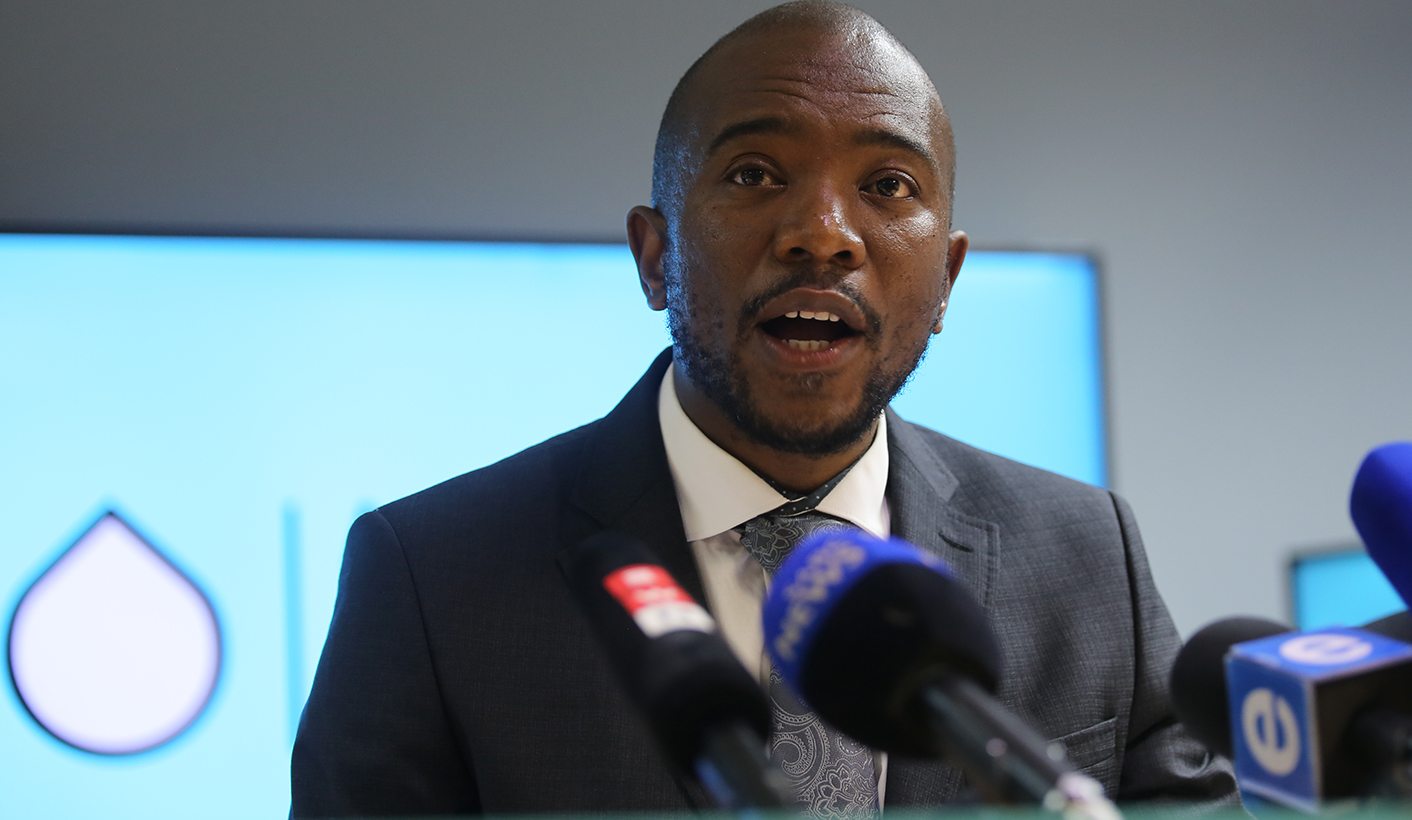 Surrounded by six flat screens reading “Act Now. We Must #DefeatDayZero”, DA leader Mmusi Maimane said he had “some encouraging news” for the drought-stricken city.

He announced that “Day Zero” would not happen this year.

“This drought crisis team came together and pulled together like never before to achieve what has been an incredible amount of work.”

“If we continue and we have rainfall in the winter, even if it’s similar (rainfall) to last year, we can ensure that Day Zero will not occur in 2018. This means the taps will remain open for this current year. We need to hope for rain this year and we need to ensure that residents continue to save water,” said Maimane.

“You are all Day Zero heroes. We need to keep current consumption levels. All residents must use less than 50 litres per day. We must not revert back to old habits. South Africa is a water scarce country. We need to recognise that water is a scarce resource… and we need to never waste it,” he said.

Day Zero, the date that the city turns off the taps and residents are forced to queue for 25 litres of water per person per day, has been moved several times in the last month. In January, embattled Cape Town Mayor Patricia de Lille announced that Day Zero was imminent. She urged residents to cut their daily usage to 50 litres per person and set Day Zero for mid-March.

Soon after her announcement panic set in. Stores across the city were sold out of bottled water and desperate shoppers lined up daily to fill their trolleys with bottles of spring water that delivery trucks dropped off at the big retailers. Water storage devices and hand sanitiser flew off supermarket shelves and lines at the Newlands Spring lengthened.

Over the past few weeks, however, residents have been receiving better news.

Maimane touched on augmentation schemes, which are a major part of getting more water into the reticulation system. He said the task team is moving forward with desalination and tapping into groundwater resources. The DA leader said as much as 190-million litres of water will be accessed daily within this year, 220-million litres per day will be accessed in 2019 and 300-million by 2020 through augmentation projects.

But Maimane urged that residents should not relax their water-saving efforts. As at 6 March dam storage was at 23.6% with the last 10% of water being unusable, this means only 13.6% of water remains before the expected (but not imminent) winter rains. Daily consumption remains far above the limit, with 520-million litres of water per day being consumed, 70-million litres above the 450-million litre daily target.

Neilson stressed that level six water restrictions were still in place. Water Management Devices will not be removed from homes where they have been installed, and residents who over-consume will have to dig into their pockets for water tariffs, which are being added to their municipal bills.

Neilson warned that although Day Zero was no longer forecast for 2018, it could be revisited again if consumption rises dramatically above 600-megalitres per day or if there is no rainfall.

“We are not making any assumptions around (winter) rainfall, said Neilson. “That could put us in a false sense of comfort.”

This is Maimane’s second water-related address in Cape Town. Last month, speaking in Athlone, he urged residents to use no more than 50 litres of water per day and insisted that the Democratic Alliance had a plan, after having pulled mayor Patricia de Lille from her water management duties.

“We moved the water delegation away from (De Lille) … at that she was facing disciplinary hearings, it would be inappropriate for us to have someone who was facing that level of disciplinary also being at the forefront of fighting a severe crisis,” said Maimane.

The embattled mayor recently survived a motion of no confidence by the skin of her teeth. Although she retains her mayoral position, she no longer spearheads the water committee. DM