Tillerson’s Travels: US Secretary of State heads for Africa – but not South Africa 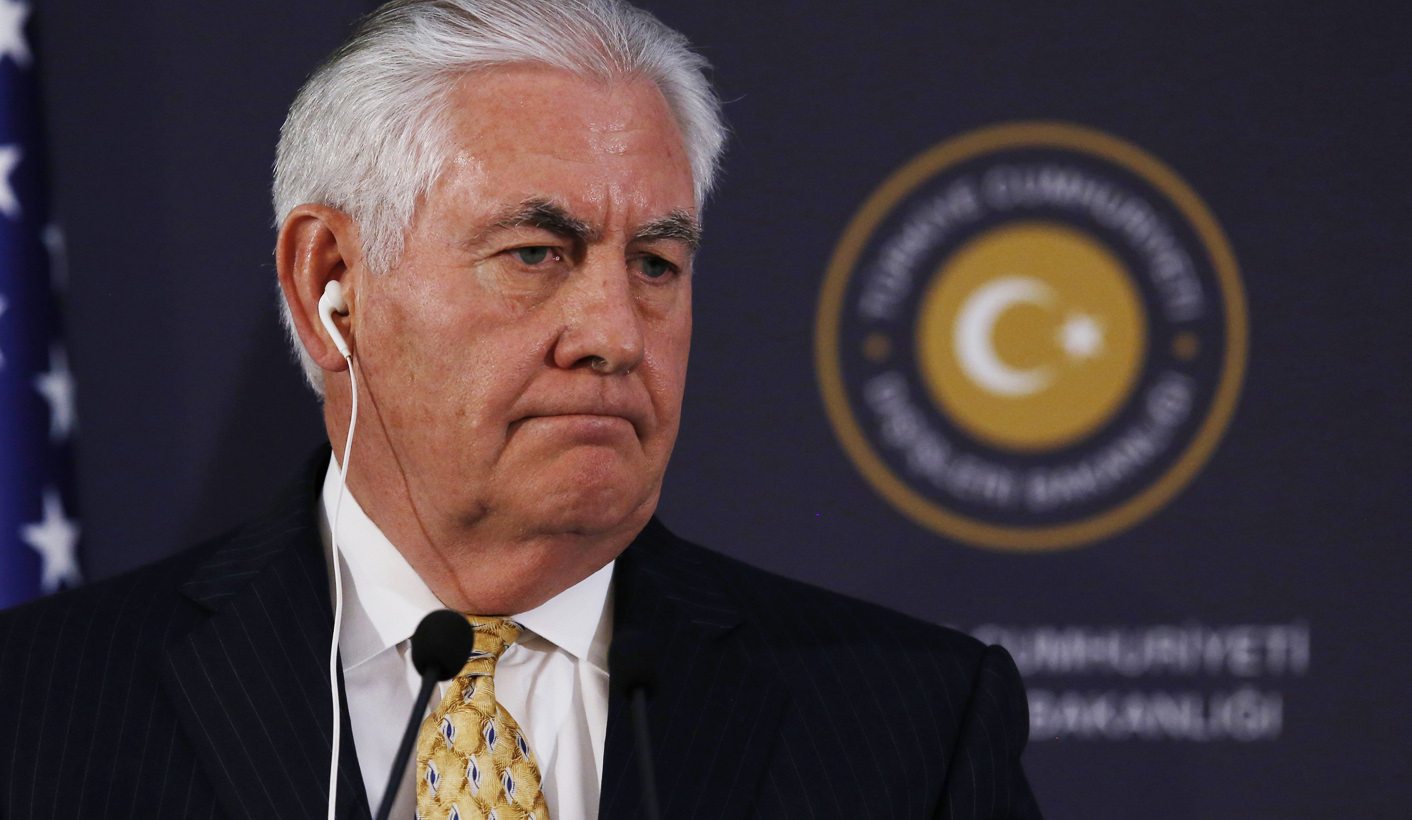 South Africa has been left off the list of five countries US Secretary of State Rex Tillerson will visit on his first official trip to the continent this week. By PETER FABRICIUS.

US officials said South Africa was excluded from the list of five African countries US Secretary of State Rex Tillerson will visit this week only because of the uncertainty surrounding the political transition in South Africa and that Tillerson would probably visit South Africa once the Ramaphosa administration had settled in.

But in any case, the five countries which President Trump’s foreign minister will visit are all linked to the fight against international terrorism, which South Africa isn’t.

Senior State Department officials told journalists in a teleconference that Tillerson would touch down in Ethiopia, then travel to Djibouti and Kenya before crossing over to West Africa to visit Chad and then Nigeria. All three East African countries are involved in the fight against al-Shabaab in Somalia, while Djibouti also hosts America’s only permanent military base in Africa, Camp Lemonnier.

As the officials pointed out, Djibouti is also the refuelling point for all US naval ships in the region, including those of its counterterrorism and counterpiracy task forces. It also hosts French, Japanese, Italian and Chinese military bases.

In West Africa both Nigeria and Chad are fighting the Islamist extreme group Boko Haram while Chad is also fighting other violent extremists like al-Qaeda in the Islamic Maghreb.

On South Africa, one senior official said that “with the transition to Ramaphosa, we were kind of saying, well, probably this is a very critical country for the US, but I think it’s once the government is established and set, I think then we’ll probably go there”.

He characterised South Africa as one of several African countries undergoing transitions which Washington was looking at especially closely.

“We’re looking hopefully at South Africa with the election of Ramaphosa from Zuma and seeing how that’s going to transition.”

Other countries in transition which the US was watching closely included Zimbabwe, where Emmerson Mnangagwa ousted long-time President Robert Mugabe in a coup last November, and Ethiopia, where Prime Minister Hailemariam Desalegn resigned in February in the wake of growing ethnic protests and a violent government backlash.

The official said Ethiopia was both a challenge and opportunity for the US.

“We’re looking at how we can have reconciliation and dialogues between all of the different groups – the Oromos, the Amharas, the Tigrays, and also in Kenya with the opposition and with the ruling government.”

Though the official did not deny that security would be a major focus of the trip, he also put it in a wider economic context.

“If Africa in the year 2100 is going to form 40% of the world’s population, over 30% of the work force, yet also have the potential of having 50% unemployment rate, which is very high, that is a security issue, an economic issue problem, but more important, it’s also an opportunity.

“And so the United States says, ‘How do we position ourselves to play a significant role in supporting Africa and also as a – to highlight this important relationship?’ And we said it’s going to be based on – not only on economic and commercial development, but in the context of building strong institutions, governance, and security, as well as human rights.”

He also said Tillerson would focus on helping Africa benefit from its natural resources, rather than becoming increasing indebted because of “other countries, not helpful countries, expropriating a lot of resources”. This was a clear reference to China and the official said the US had invited China to Washington for a “ heart-to-heart discussion … about their programmes in Africa”.

Beijing’s “unhelpful” role in Africa was in providing too-easy, low-interest but really concessionary loans “which really indebts the country”.

He said it was “outrageous and terrible” to see African countries become re-indebted after all the efforts of the international community to forgive Africa’s post-colonial debt a decade ago. Russia and Iran were also providing such low-interest loans which were “really kind of another forum of impoverishment and poverty”.

On the other hand China was building things in Africa which the US wasn’t. “And so in that regard China can play a helpful role.”

Also, “China has some really good ideas on development in developing areas, such as how to do better healthcare, how to do water production.”

China had also been helpful in the security arena, the official said, doing a “good favour for us in Sudan, providing an engineer battalion to provide assistance to the UN operations there”.

So the US did not see itself as countering China but making it more supporting of the overall development of Africa, including giving back more to Africa for the natural resources it was extracting. DM