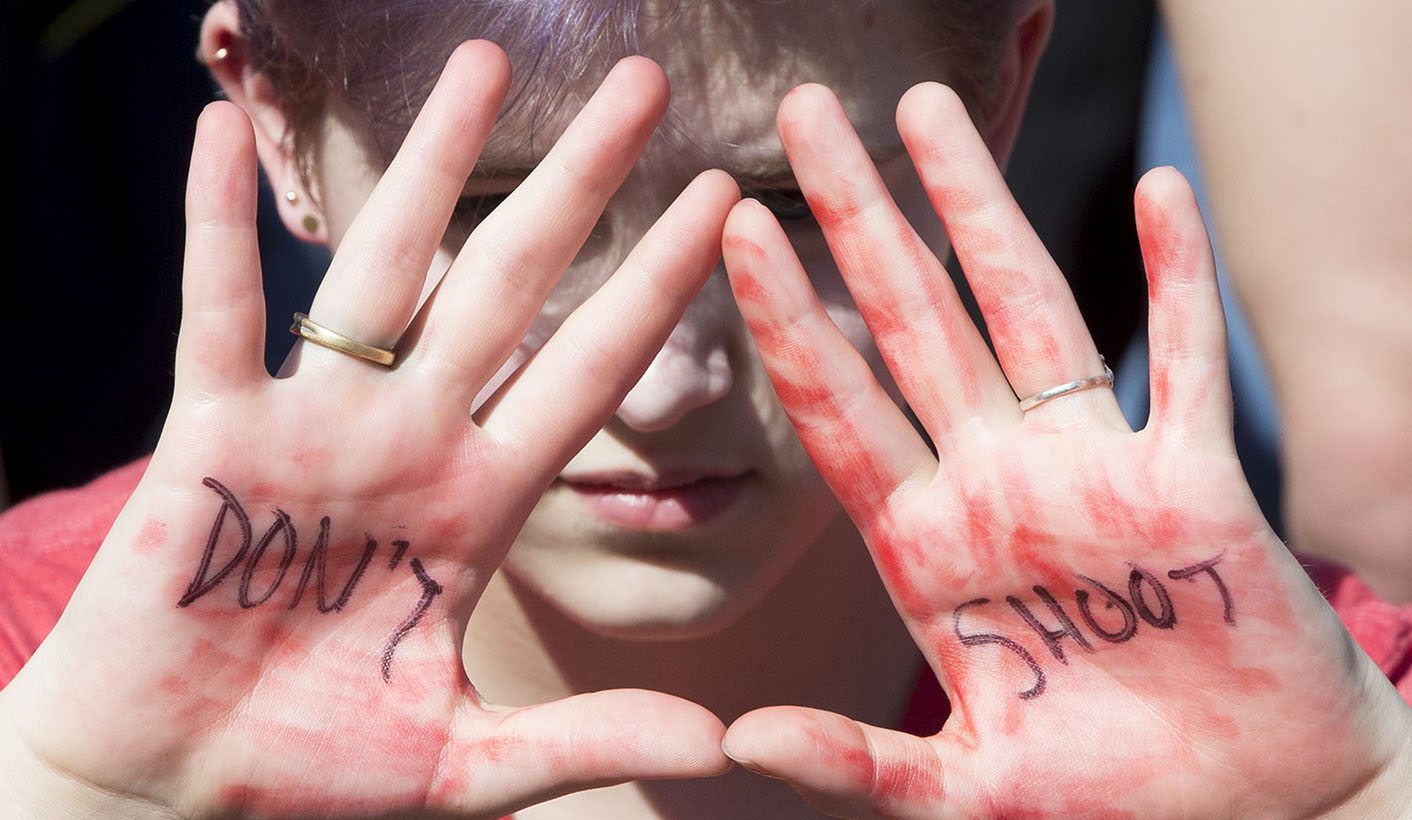 All children are vulnerable to violence, yet wealthy countries lag behind in global efforts to solve it. By Chandré Gould for ISS TODAY.

“Living with violence is not living,” said 17-year-old Raphael Harriohay at the End Violence Solutions Summit of the Global Partnership to End Violence Against Children in Stockholm, Sweden, last month, speaking on behalf of the children represented at the summit.

His words were uttered around the same time that children from Marjory Stoneman Douglas High School were hiding under their desks, fleeing the building, and watching as their teachers and friends were mowed down by gunfire. Over the coming weeks and months, the children of Parkland, Florida in the United States, will come to know the tragic truth of these words.

Violence doesn’t end when an incident has passed. Its effects are sustained long after the last bullet is fired, or the last wound stitched. We feel those effects in our bodies manifesting as chronic aches and pains. We feel them emotionally, as depression, fear and anxiety. We feel them hampering our concentration and our ability to work and focus.

The Florida pupils understand this in a way few people who have not experienced violence first-hand do. Every child experiences and reacts to trauma differently – those who are resilient and have strong support systems are likely to recover much quicker than those who don’t. Regardless of their resilience though, the experience of violence will change their lives forever.

However it’s not just a tragic, high-profile incident like a school massacre that warrants action. Many children experience more insidious and less visible forms of violence. Violence takes place daily in homes and schools, and in our neighbourhoods. Gun violence is on the extreme end of the spectrum of violence that children are exposed to.

Bullying, corporal punishment, neglect and gang violence all have negative long-term consequences. According to a 2017 report by Know Violence, 1.7-billion children worldwide experience some form of violence each year.

Furthermore, wherever they are in the world, children who experience violence are likely to earn less than those who don’t when they enter the job market. They also have more mental and physical health problems, and are more likely to perpetuate the cycle of violence either as victims or perpetrators.

We know how pervasive and pernicious the problem of violence is. We know what it costs us. We also know that children in developed countries are as vulnerable and almost as likely to experience violence in their lives as children in the developing world. Studies by the UBS Optimus Foundation in Switzerland, South Africa and China found that in all these countries, around one in three children report experiencing some form of sexual abuse.

Thanks to the World Health Organisation, we also know what works to solve the problem. The organisation’s INSPIRE package presents seven strategies for preventing violence against children, all of which are achievable in most countries across the world. However, implementation depends on the actions and commitment of politicians.

These countries have committed themselves to achieving the United Nations’ Sustainable Development Goal 16.2, “to end abuse, exploitation, trafficking and all forms of violence and torture against children”. This is not because the problem in their countries is worse than elsewhere, or because they already have the solutions figured out. These countries have acknowledged the importance of combatting violence against children and are prepared to have their efforts measured and reported on.

Only one of the current Pathfinding countries is a developed economy – Sweden. Even though the United Kingdom participated in the summit – and invests heavily in finding out what works to reduce violence against children – it hasn’t committed to being a Pathfinding country. Nor has the United States, or any other country in the European Union, other than Romania. Among the countries that have signed up are Mexico, Brazil, South Africa, Uganda, Tanzania, El Salvador, Montenegro and the Philippines.

Without a doubt, there is a lot that needs to be done in Pathfinding countries. South Africa for example has an unacceptably high rate of child homicide (double the global average) and corporal punishment by parents is not prohibited by law. However, the children in Parkland, Florida, will probably agree that there is good reason to focus on preventing violence in the US as well.

Developed countries should demonstrate their commitment to ending violence against children. They should hold themselves to the same standards to which they hold others. DM