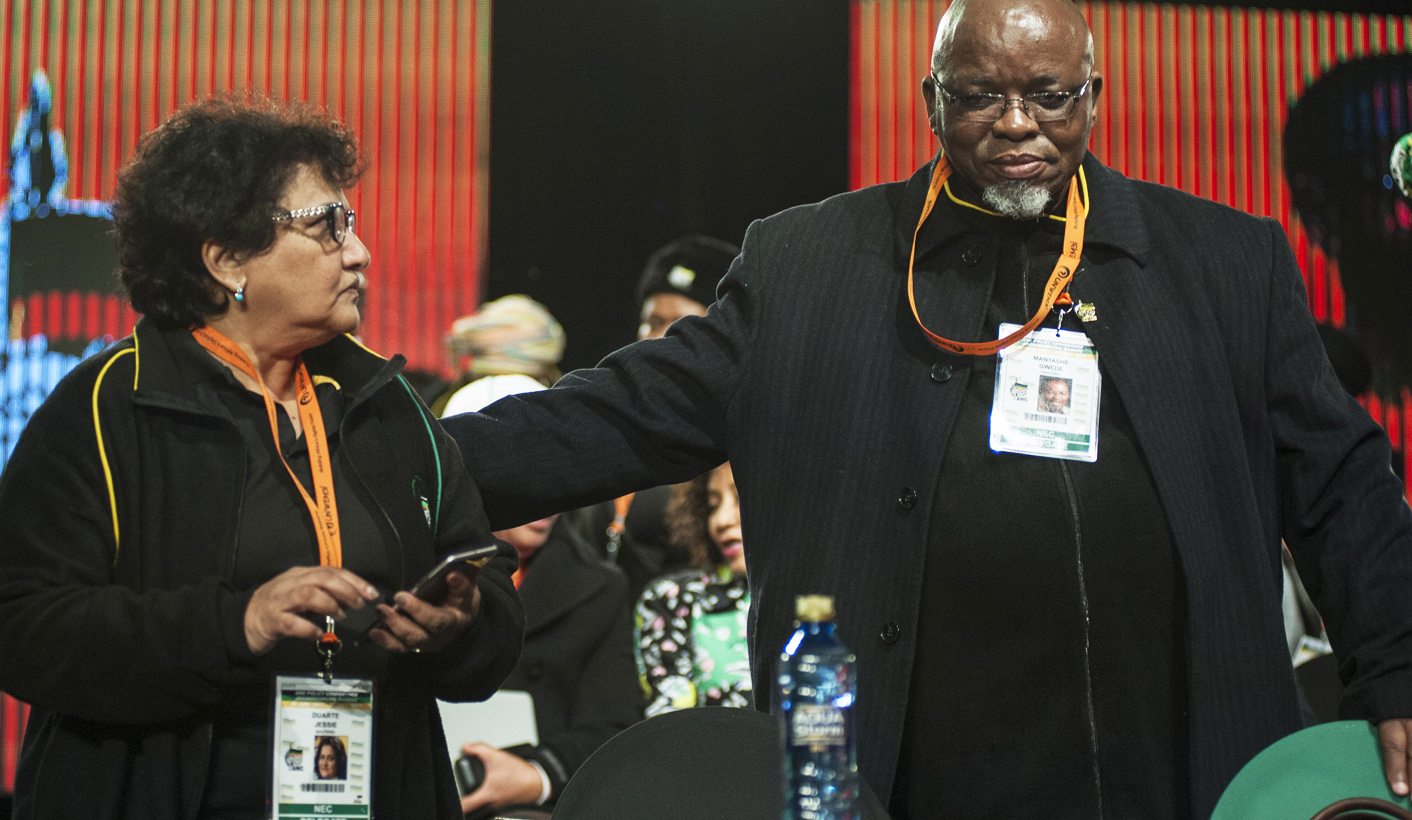 Gwede Mantashe knows mining. Unfortunately, he doesn’t write the way he speaks. He went from a well-known union leader to a universally known figure in 2007 when he was elected secretary-general of the ANC. His gruff approach and use of metaphors became synonymous with former President Jacob Zuma’s ANC.

His thesis would be a lot more exciting if his spoken language appeared on the page.

Mantashe wrote “The Decline of the Mining Industry and the Response of the Mining Unions” at Wits while he was serving as ANC SG, after leading the National Union of Mineworkers (NUM) for almost ten years. At party press conferences, he has said he was a mineworker at heart, but his thesis gives an insight into how he will lead as minister of mineral resources.

The thesis looked at three mining unions, the NUM, United Associations of South Africa (UASA), and Solidarity and their influence and membership in a period of industry decline – 1995-2005. He interrogated the “glaring omission” of academic studies on union responses to the decline in the industry and tried to establish a case study for unions globally.

Certain aspects of Mantashe’s character in press conferences as ANC SG, now ANC national chairperson, emerged in his thesis. He is a scholar of legislative, economic and political history, particularly when it comes to workers, and isn’t afraid to question even his comrades on factual and strategic organisational analysis, which is his real passion.

He could have been writing about the ANC:

“Organisational capacity on its own is not sufficient for a union to weather the storm. It should be complemented with a sound resource base and a skills profile that provides the necessary sophistication to deal with the crisis.”

Mantashe wasn’t afraid to call out his former comrades. Commenting on NUM’s estimations of the mineworkers who left the industry due to the downturn, he said the union’s evidence was “not backed up by concrete information; this, therefore, borders on being emotional thumb?sucking”.

He quoted his successor, former NUM general secretary Frans Baleni, as saying that the NUM losing members at a less rapid rate than the industry declined was due to sheer luck. Other leaders disputed the claim, and Mantashe highlighted the union’s efforts as being more advanced than their rivals, but he didn’t shy away from diagnosing NUM’s problems.

In retrospect, Mantashe might have predicted the rise of the Associated Mineworkers and Construction Union (Amcu). He didn’t mention Amcu in his paper, but the Rustenburg platinum belt, where Amcu eventually rose as the dominant union over NUM in the platinum metals group (PMGs), was clearly a problem. Mantashe is said to have ordered disciplinary hearings against Joseph Mathunjwa, who went on to found Amcu.

“High leadership turnover and serious divisions in union structures were identified as being central to the lack of cohesion in the region,” he said of the platinum belt, a growing industry NUM had targeted to recruit members.

“This was further exacerbated by understaffing of the region and an operational arm that was not responsive. The calibre of staff deployed to the region did not meet the needs of a region identified as a growth point. A view emerged that some organisers stayed too long in the region and developed direct personal relations with managers.”

“All of the mining unions have failed to develop a coherent strategy of organising vulnerable workers, even in the face of a growing trend of outsourcing in the mining industry,” he said.

He claimed NUM had the organisational muscle, political links, and the socially orientated ideology to make it the strongest union in the industry.

What’s missing from Mantashe’s analysis on how mining unions responded to the industry’s decline is the benefits the organisations delivered to their members. It was not the focus of his thesis, but surely for unions to be successful in difficult periods they must deliver for their members.

NUM was called by some the “National Union of Management” during Amcu’s rise, post-Marikana. Mantashe’s thesis spoke about organisation building and politics, strategies to reach workers, but said almost nothing on what effect the unions actually had on the daily lives of members. He politically acknowledged mining communities, but said almost nothing of the failure of unions in that period to benefit the lives of the people who either own the land or live near mining houses.

Mantashe’s thesis is a reflection on his term as ANC SG. It’s undeniable that the party lost support under his two terms as administrative leader. On occasion, particularly towards the end of his leadership, Mantashe questioned former President Jacob Zuma. In the main, he was, at least publicly, a willing supporter in the name of organisational unity. He put the party over the people.

His appointment as minister of mineral resources came as a surprise, but was welcomed by industry bodies. Mantashe knows mining. He has principles, which is more than one can say of his predecessor Zwane.

But NUM went into decline after Mantashe was leader, because it did not focus on improving the lives of its members.

The ANC declined under Mantashe because the party ignored the plight of the people.

The new minister has hurdles to overcome, not least the disputed third Mining Charter, which he has promised to finalise in June. His thesis showed that he is willing to listen – he interviewed his former opposition union leaders and reported their comments. But Mantashe’s history raises an obvious question: is his first priority the organisation or the people? DM