Op-Ed: Ngcobo is but one example of policing gone wrong 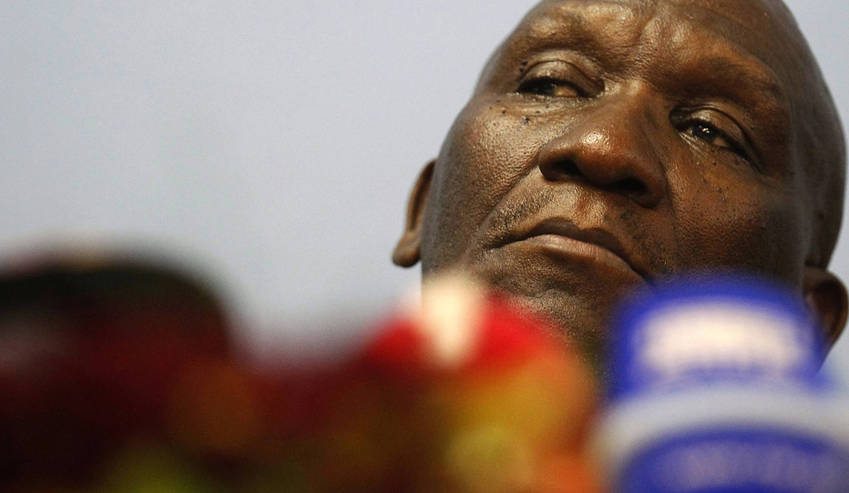 The events of Ngcobo are portrayed as unusual, maybe because few realise that rural former Transkei has a very high murder rate. Yet the South African Police Service allocates relatively few police officials to such areas. Now that SAPS members are among the dead, perhaps SAPS will reconsider. By JEAN REDPATH.

SAPS has recorded 73 murders per year in Ngcobo over the last 10 years – a bus full of dead people yearly.

Nngcobo’s murder rate of 67 per 100,000 is almost double the current rate for South Africa of 34 per 100,000. This is not unusual for the former Transkei region. Professor Banwari Meel of Walter Sisulu University, using mortuary data, calculated for the area an average murder rate of 85 per 100,000 over the period 1993-2015.

Surely, then, SAPS should allocate higher than average police resources there? Ngcobo was allocated only 142 police officials in 2016 – a rate of 130 police officials per 100,000 people. This is less than half the South African median of 288 per 100,000.

SAPS’ own calculations suggested Ngcobo needed 247 police officials in 2016 – a rate of 226 per 100,000 – still well below the South African median. But only 57% of what SAPS calculated was actually allocated.

Unfortunately this low allocation to a high murder area is not an exception. Considering South Africa as a whole, the data made available in the current Equality Court case against the police on this issue shows that in general higher murder rate areas are associated with the allocation of fewer police officials per capita.

How can it be that areas suffering high murder rates should receive lower rates of policing? The court case has identified many problems with the SAPS formula used to allocate resources, including the arbitrary choice and weighting of the factors taken into account, double counting of factors, and data input issues. Furthermore, more of the factors taken into account apply to formal areas than to informal or rural areas.

The key problem however is that the formula relies on the number of reported crimes. Murder rates are an indicator of the presence of other violent crimes, such as aggravated robbery and assault, which do not always show up in recorded crime because people may not report them, particularly if they are afraid or if policing is inadequate.

A high murder rate suggests that these other violent crimes are high even if they are not reported. But the SAPS formula is primarily based on the number of all reported crimes. Crimes which are not reported do not form part of the calculation. SAPS does not acknowledge that murder provides a clue as to whether violent crimes are being under-reported.

Furthermore, SAPS does not adequately weight murder. The formula effectively says that murder is only 2.5 times more onerous for SAPS than a single petty crime, and it is counted as no more serious than an aggravated robbery. Consequently, an area in which there are many less serious reported crimes, such as shoplifting, will get more resources than an area with a high murder rate and probably high real violent crime rate, especially if the reporting rate is low – and the reporting rate probably will be low at poorly resourced, struggling police stations, thus reinforcing the skewed allocation in an endless cycle.

Ngcobo is not isolated in being poorly resourced – indeed, it is better off than some nearby stations with allocations lower than 80 police officials per 100,000, such as Flagstaff (51 murders per 100,000 people), Lusikisiki (57 per 100,000), and Ngqeleni  (44 per 100,000). They are among the 20 most poorly resourced per capita in the country, all with much higher than average murder rates.

Ngcobo is but one example of policing gone wrong. Much is still to be discovered about exactly what occurred before and after the attack which took so many lives of police officials. The killing of so many suspects by SAPS is further cause for grave concern, and should be thoroughly investigated.

Underpinning the entire sorry sequence of events, however, is an unjust and unequal trend throughout the country, in terms of which mostly poor and mostly black people living in violent and murderous places receive a lower rate of policing than safer areas. This is unjust.

If Ngcobo had been properly resourced, would criminal elements have proliferated mere kilometres from the door of the police station? Would the handful of members available at the police station have been better able to defend themselves? Would scores of police have had to be flown in from the rest of the country to deal with the situation?

The new minister of police, Bheki Cele, should stop denying in court that there is a problem and get on with coming up with a better system of allocation. There are many more Ngcobos waiting in the wings. DM

Social Justice Coalition and Equal Education v Minister of Police and others is currently being argued in the Equality Court in Cape Town.

Jean Redpath is a researcher with Africa Criminal Justice Reform at the Dullah Omar Institute, University of the Western Cape