Op-Ed: Bathabile Dlamini represents the giving of the middle finger to women 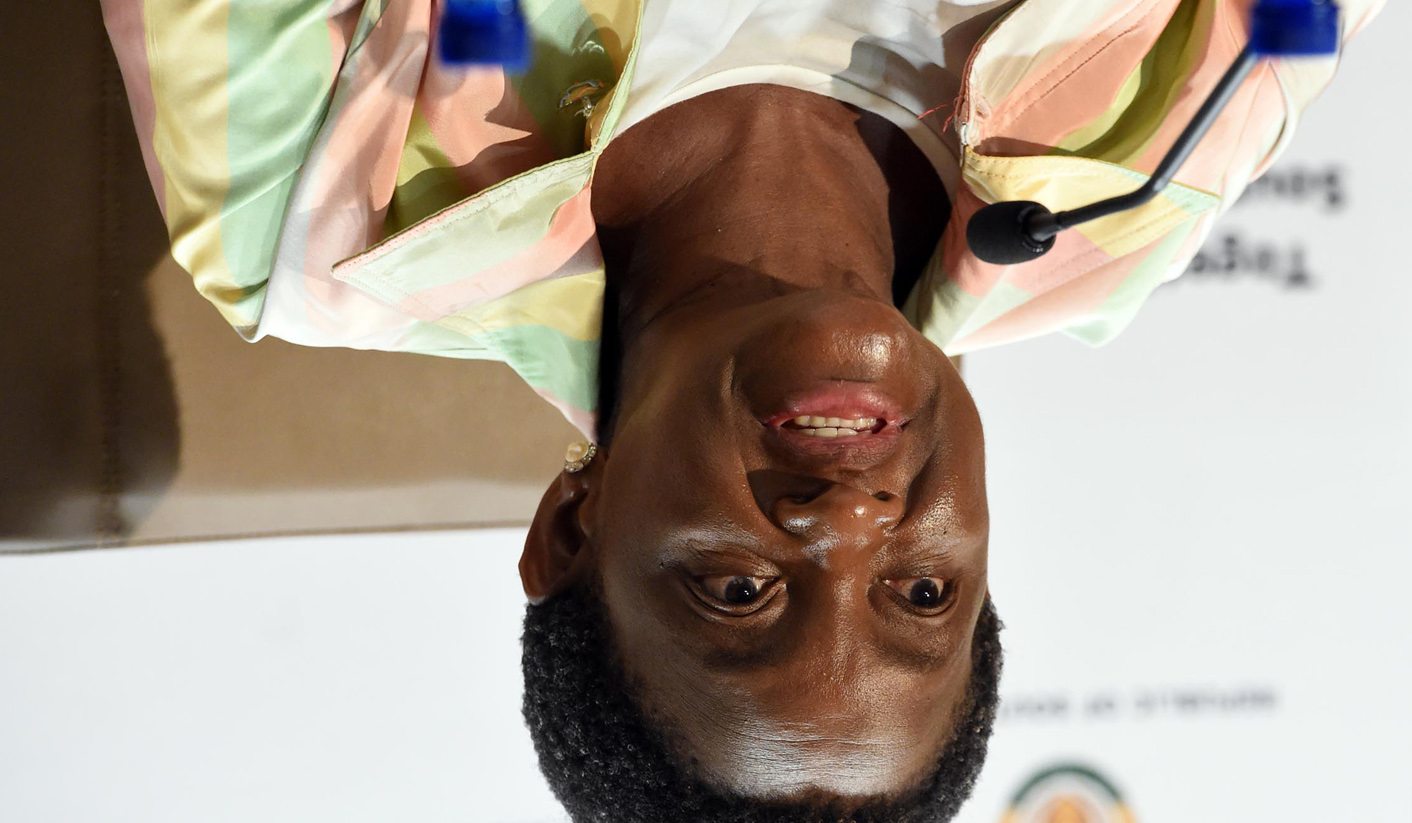 At some point, the ministry for all and sundry simply became the Ministry of Women (Presidency) – the children, youth and disabled just fell off. And now there is Dlamini. Save to say that acting in the best interests of women has not been her forte. By SARA GON.

Rebecca Davis correctly points out in her piece this week (“Cabinet Reshuffle: Bathabile Dlamini’s appointment disrespects ALL South African women”, Daily Maverick, 27 February) that it “may be that the deployment of Dlamini is an example of an interim move, and that the portfolio of Women in the Presidency is one of the departments destined for the scrap heap in a few months’ time”.

She is every bit as correct in going on to say: “As things stand, that is a prospect we have no choice but to welcome. Better no Women’s Minister at all than one so irredeemably compromised that she is destined to cast her reputational (sic) shadow wherever she goes. And better no Women’s Ministry at all than a portfolio so disrespected that it can be used as a dumping ground for failed ministers in this way.”

Ms Davis needn’t express any regret at the prospect of the future demise of the Women’s Ministry, with Dlamini just baby-sitting it in the interim.

The Department of Women, Children, Youth and People with Disabilities was created by erstwhile president Jacob Zuma. We all knew that anything involving Zuma and women was bound to be an ineffectual embarrassment. With this department, he managed to embarrass four groups at once: women, children, youth (a distinction without a difference?) and the disabled.

Prior to Zuma’s ascension to the presidency in 2009, no such ministry existed.

Zuma had been acquitted of rape, but his reputation as a philanderer just grew. At the very least, the woman at the centre of the case was a comrade-in-exile’s daughter with whom Zuma indulged in unprotected sex. He fathered a child with the much younger daughter of a soccer mogul. A number of his other children are illegitimate.

This is the man who created the Department of Women, Children, Youth and People with Disabilities when he came to power in 2009. What exactly the department could do better than other spheres of government and civil society was never clear.

Women should have been outraged to be regarded as one of four groups that had legal, physical, and/or developmental limitations.

Children and certain people with disabilities do rely on the support or care-giving provided by other people. Children fall into a different category from adults with disabilities. The disabled fall into a very wide range whose needs for assistance and whose ability to work differ enormously.

Whatever reasons may have been given for the creation of the department, given our tortuous experience of the Zuma presidency, the department was most likely just a way to capture a female constituency and particularly the ANC Women’s League.

With that in mind, let’s look at who the women were who ran the department.

The first minister in this portfolio was Noluthando Mayende-Sibiya, whose reign lasted all of about a year from 2009 to 2010.

Professionally, Mayende-Sibiya was a nurse. In the short space of a year she was found to be indecisive, absent, incompetent, combative and unwilling to accept much-needed help.

Xingwana, too, was a poor inept but she managed to embarrass everyone in the country. She publicly insulted white business, black business, foreign governments and the British monarchy. Xingwana told the WMF and IMF to go to hell.

But the event that will live in infamy was when Xingwana stormed into “Innovative Women”, an exhibition of photographs by Zanele Muholi at the Constitutional Court, calling the work “pornographic” and “immoral”. The photos were images of nude same-sex couples embracing each other.

As Daily Maverick noted: “How does publicly boycotting, then castigating female artists for portraying women (even if the work is not to everyone’s taste) somehow make the attacker a defender of women’s rights or a promoter of a 21st century revolutionary agenda?”

While minister, Xingwana was reported to have demanded an upgrade from economy to business class on a flight from Accra. Xingwana allegedly shouted at a white air steward: “Shut up, shut up, is it because I am a k*****?”

When the steward told her she could not be upgraded because she held an economy class ticket, Xingwana responded: “But I am a shareholder of this company.”

Xingwana also allegedly refused to let her hand luggage be stowed away for take-off.

In 2011, Xingwana and her team flew to New York for a conference at a cost of R6.8-million. When questioned, she responded that she and her staff could not be expected to stay in a “pondok” or fly “lala-class”.

And there’s more. This article can’t deal with it all, save to say that the kidnapping of a baby, Oscar Pistorius, absence from a scheduled gender violence debate, and comments about the privilege of young Afrikaans men, are all part of the mix.

In her department, staff were under-qualified and running battles were the order of the day. Preferential appointments were made and excessive overtime paid.

Xingwana was succeeded by Susan Shabangu. Famously, in April 2008, in her role as Deputy Minister of Safety and Security, Shabangu urged an audience of police officers to “kill the bastards”, referring to criminals.

In March 2003, Shabangu was charged with public indecency after an altercation with an airport security official during which she lifted her dress after repeatedly setting off a metal detector.

The Marikana massacre involved the deaths of miners who were members of the Association of Mineworkers and Construction Union (Amcu). Two days after the tragedy, Shabangu engaged all mining stakeholders in talks regarding the massacre – except for Amcu. When the minister was asked why Amcu was not involved in the talks, she stated that she was not aware that the union was operating in the mining industry.

Most recently, Shabangu blamed the scourge of gender-based violence on the devil. Presumably the department will lobby God on that one.

At some point, the ministry for all and sundry simply became the Ministry of Women (Presidency) – the children, youth and disabled just fell off.

And now there is Bathabile. Her misdeeds are too numerous and fresh enough in our minds to require repeating here, save to say that acting in the best interests of women has not been her forte.

Women of South Africa shouldn’t care whether Bathabile is “disrespectful” to them. The idea of a man of Zuma’s integrity setting up an aimless ministry run by incompetent and embarrassing women, that is disrespect to women.

Women don’t need Zuma’s faux ministry to help them as if they have no legal, intellectual and organisational agency. That is the real disrespect to women. DM