Health: Message to men – take a lesson from Stephen Fry and get tested to prevent prostate cancer 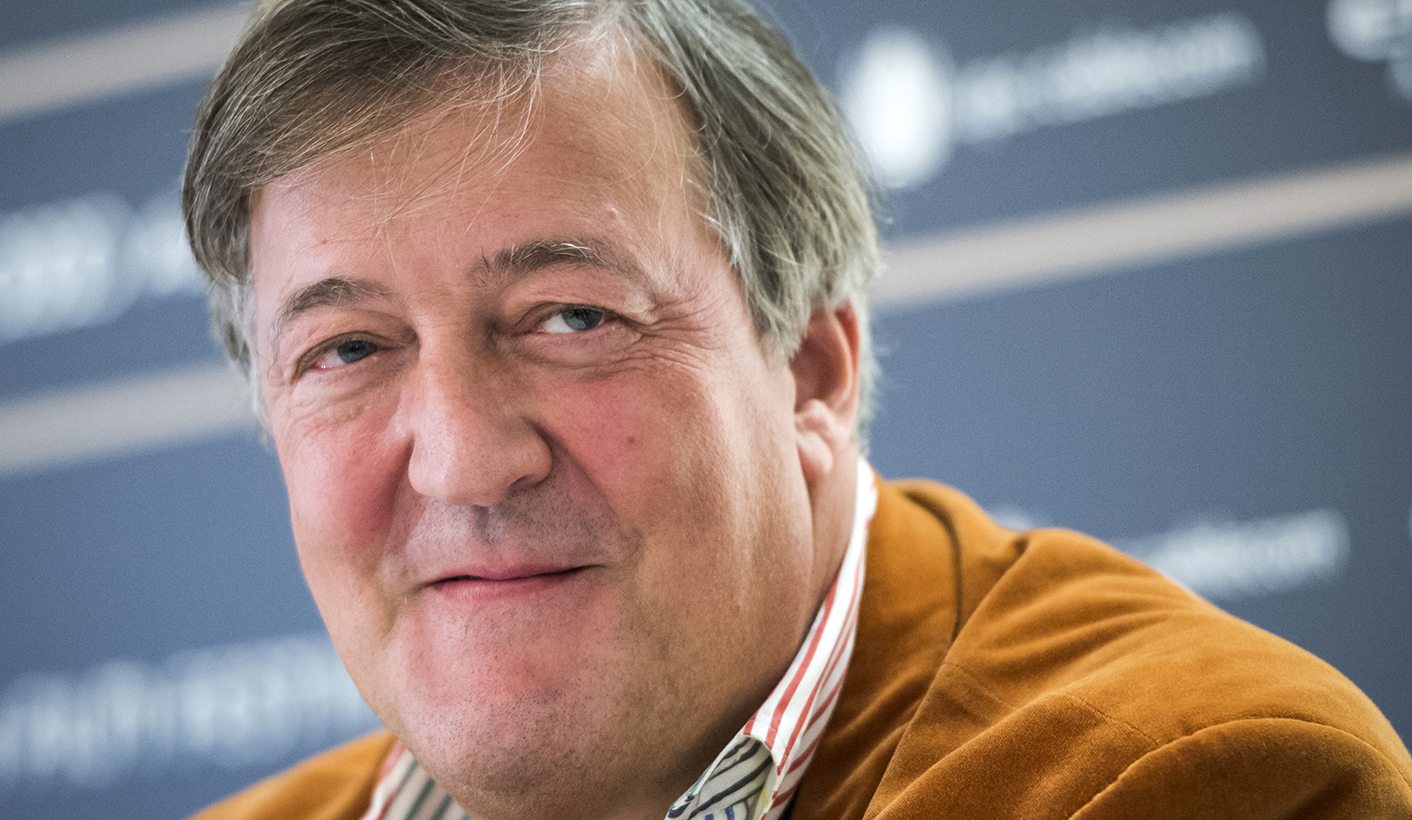 Stephen Fry announced recently that not only was he diagnosed with prostate cancer, but underwent gruesome surgery to remove it. The slow and gradual encroaching of this disease reminds us how it has fast arisen to be the second major cancer and cause of death among men, just below lung cancer. By NKATEKO MABASA.

When British comedian, actor, author and raconteur Stephen Fry woke up one December morning in 2017, he decided to get a “flu jab” in anticipation of the cold holidays. “I heard it’s gonna be bad this year,” he said in the video announcement he posted on his website. The British philosopher-comedian opened up to the world about his battle with prostate cancer.

According to the World Cancer Research Fund International report in 2012, 1.1-million cases of prostate cancer were recorded, which accounts for 15% of cancer cases.

Fry decided to do a general check-up as well when he went to get a flu shot, as part of his annual routine. It was then that his doctor detected the cancer cells and advised surgery. One wonders what would have happened if a simple flu injection had not made him go to the doctor in time.

It has been only a month since Hugh Masekela died from prostate cancer. Earlier, Zimbabwe’s MDC-T leader Morgan Tsvangirai died as well from the same cancer. With very little known about its causes, it has become a silent and fast killer.

The prostate gland, set between a man’s bladder and anus, produces fluid for semen. Prostate cancer, according to the Men’s Foundation, a South African charity that raises awareness about men’s health, “occurs when some of the cells in the prostate gland reproduce far more rapidly than normal, resulting in a tumour”.

This “old man’s disease”, as it is commonly known, affects men over the age of 50, although recent cases indicate that it may also be found in younger men.

Hugh Masekela lived with prostate cancer for 10 years till his passing in January this year, and Desmond Tutu has been diagnosed and lives with the cancer. According to the South African National Cancer Registry report (2013), one in 18 men are at risk of getting prostate cancer.

Doctors are still not sure what the cause of the cancer is. However, they do agree on red meat and high levels of animal fat as contributing factors.

“We don’t know the exact cause, but it’s most probably the environment, the chemicals and things that we are exposed to, that we are taking in and it really affects men badly,” said Michael Herbst of the Cancer Association of South Africa (CANSA).

The risk of having the cancer is high for men over 50, though doctors do advise that it’s best to go do a check-up by 45 or earlier, especially if you have a history of the cancer in your family. According to Movember, a multinational charity that raises awareness on men’s health, “prostate cancer is the second most common cancer in men worldwide. Men who are of African or Caribbean descent, and men who have a family history (a brother or father with prostate cancer) are 2.5 times more likely to get prostate cancer”.

The disease is prevalent among men partly because its exact causes are not known and the procedure to check for the cancer is not a favoured one. To diagnose, the doctor has to physically touch the prostate, to feel whether there are any lumps. This is done by inserting a finger to feel the wall of the rectum. It a very uncomfortable procedure that most men would rather not have.

A Prostate Specific Antigen test is also an option. The Prostate Specific Antigen (PSA) is a “protein produced by both conscious (malignant) and non-conscious (benign) prostrate tissue”, which is produced by the body when under attack from a cancer, according to Men’s Health. A small finger prick to get blood allows medical practitioners to determine a patient’s PSA level. A high level of PSA may indicate that there may be inflammation of the prostate or cancer.

International differences in prostate cancer diagnostic practices, particularly the adoption of PSA testing in higher-resource settings, are likely be a major contributor to the variation in the incidence rates worldwide, according to the World Health Foundation.

Early screening and detection may result in effective treatment and a better chance of recovery.

Treatment for prostate cancer is determined by the patient’s age and stage of the cancer. It can either be removed through surgery, chemotherapy, radiation therapy or hormone therapy (which involves removing testosterone from the bloodstream).

Early detection may also allow doctors to prevent metastasis. “The prostate cancer cell, if left untreated, may spread from the prostate and invade distant parts of the body, particularly the lymph nodes and bones, producing a secondary tumour,” according to the Movember website.

The cancer moves slowly and for the most part unnoticed. In his announcement video, Stephen Fry went on to conclude: “I would urge you men, of a certain age, to think about getting your PSA levels checked.” DM