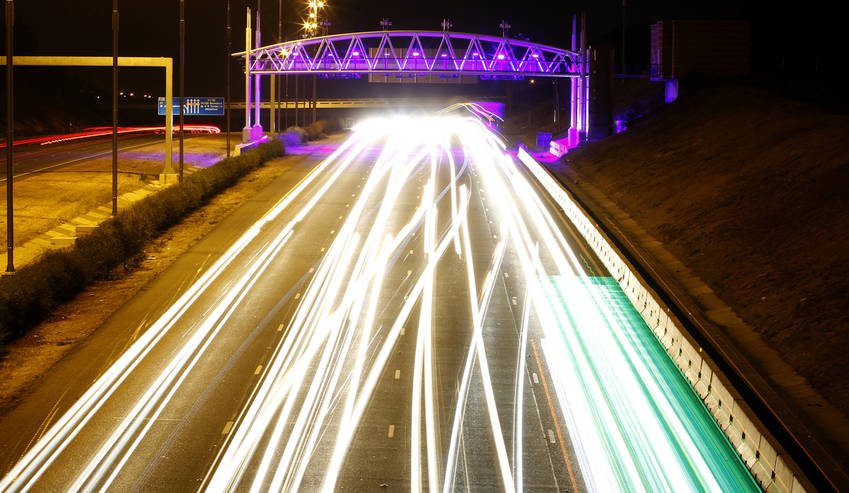 In his State of the Province address on Monday, Gauteng Premier David Makhura acknowledged that the highly contested e-tolls system in Gauteng has been a failure. Makhura’s comments follow a number of years of resistance to the multibillion-rand e-tolls project by civil organisations and motorists. By BHEKI SIMELANE.

“It’s loud and clear for all to see that e-tolls have not worked,” Gauteng Premier David Makhura said during his State of the Province address.

But it’s not the first time that Makhura has admitted that the e-tolls system was ill-conceived.

Delivering his 2017 State of the Province address, Makhura said: “We are mobilising resources for public transport infrastructure in ways that will ensure that we do not commit the same mistakes done with the e-tolls. We can’t build roads and only later inform citizens that they must pay. In fact, there will be no new e-tolls on our new roads.”

He added: “I must admit publicly, as I did last year, that all the efforts we have made through the advisory panel have not led to the resolution of concerns of Gauteng motorists regarding affordability. We have tried our best. The ultimate solution can only come from national level. We will continue to engage in order to represent the interests of our residents.”

On Monday, Makhura again admitted that e-tolls had failed and that the implementation of the system had increased the cost of living for many motorists and commuters in Gauteng.

Drawing from Ramaphosa’s envisaging of a “new dawn” in the country, Makhura said: “The new dawn must also bring a solution to the protracted and unresolved problem of e-tolls. Accordingly, I will engage President (Cyril) Ramaphosa in order to find a new and more equitable funding model to support the continued expansion of Gauteng’s road network and public transport system. Please send me!” he said.

The Organisation Outdoing tax Abuse (Outa) said it was in total agreement with Makhura in calling for a new and more equitable funding model to expand Gauteng’s road network.

“The compliance rate of e-tolls, based on the South African Roads Agency’s (Sanral’s) own version in their 2017 Annual Report, is 29%. If this figure is correct, it is clear that the system has failed. SANRAL could not in more than four years succeed to ensure a higher compliance rate. If compliance on this scheme doesn’t go up to at least 85% the scheme will never survive,” Outa’s Transport Portfolio Manager Rudie Heyneke said.

Heyneke said OUTA would not back down on the issue of the unaffordability of e-tolls, and would further engage the Minister of Transport, the Presidency, and the executive on the matter.

He said the organisation was busy preparing a submission for the Minister of Transport and the Presidency, and would in the near future engage with the executive to show the negative impact e-tolls have on the taxpayer and on the Sanral budget and proposed alternatives.

The writing has always been on the wall. Apart from firm resistance from Gauteng’s motorists, the highest compliance level ever achieved was 40% in June 2014, according to information released by Outa. This was achieved at R120-million and around R140-million short of target.

“The collection costs and litigation costs are too high when measured against the revenue generated by e-tolls,” Outa said in a statement.

Sanral had argued in court that it could achieve a payment rate of 93% which would generate the R260-million required to cover the cost of the project and the R22-billion borrowed for the freeway upgrade project.

But none of Sanral’s targets has been reached despite aggressive marketing and offers of discounts of up to 60% to all e-toll defaulters to encourage them to settle outstanding bills. According to Outa, by May 2016 less than 2% of outstanding bills were settled while e-toll bills increased to over R2-million a month. The cost of administering the e-tolls were capped at R1-billion a year.

When the e-tolls system was about to be rolled out, motorists and taxpayers objected vociferously, particularly over a lack of proper public consultations prior to the implementation of the system. This outcry as well as warnings from civil organisations like Outa were ignored.

Outa Chairman Wayne Duvenage told Daily Maverick the organisation was pleased with the premier’s acknowledgement. Duvenage said the issue was not only a provincial matter, but also a national one.