Analysis: Ramaphosa’s state of the nation is taking shape, but the provinces are in dire need of TLC 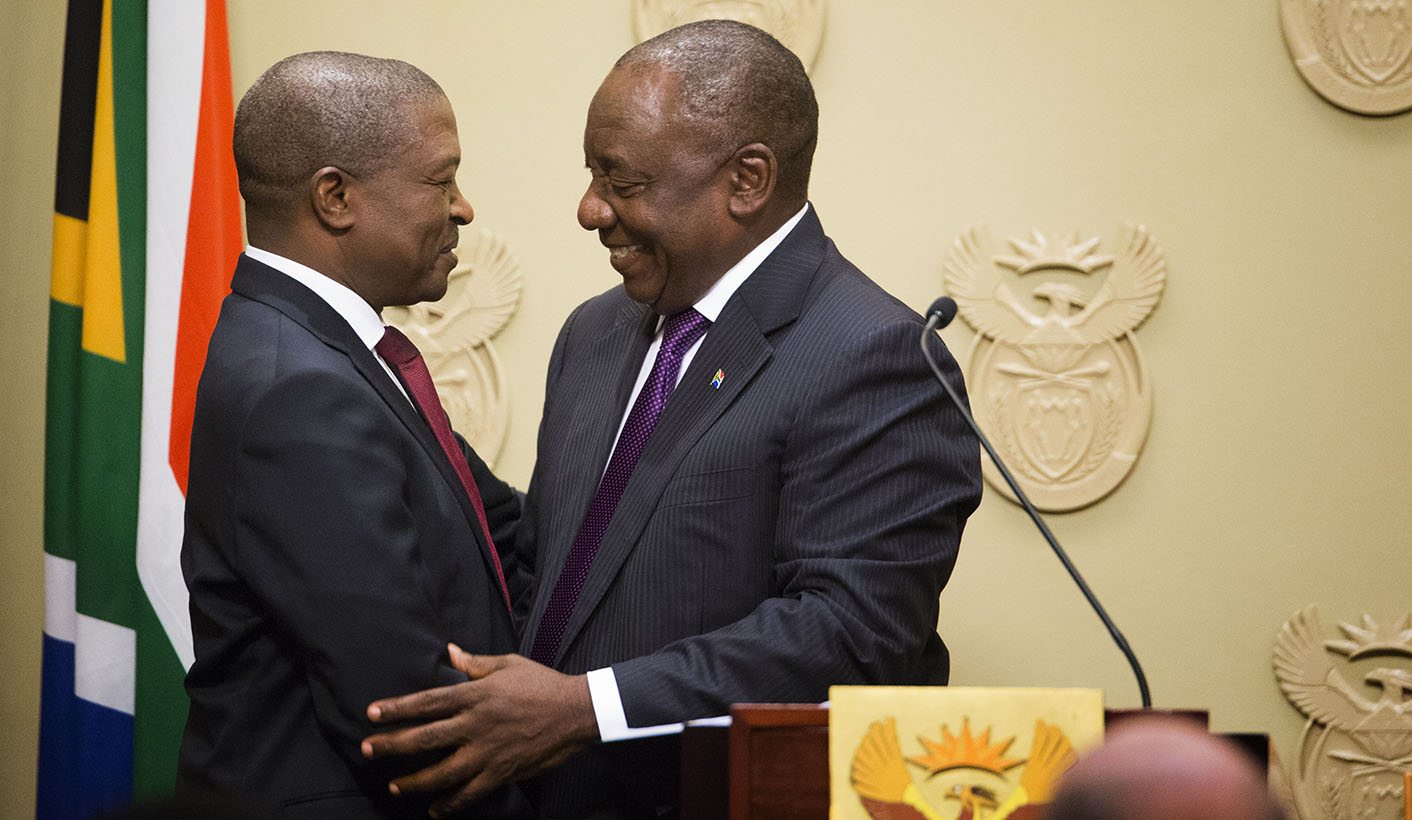 On a national level, President Cyril Ramaphosa at last got the government boat on course by picking out some rotten apples in his Cabinet shake-up and demoting other bad ones. But in the provinces, things are far from plain sailing. Here is a round-up of where things stand in a few. By CARIEN DU PLESSIS.

Even before the ANC’s December conference at the Nasrec Expo Centre, many of the party’s provinces were in disarray. KwaZulu-Natal and the Free State emerged from court cases nullifying their provincial conferences where bruising leadership battles were fought, while the elevation of Ace Magashule and David Mabuza to national leadership structures left gaps in the Free State and Mpumalanga, respectively, that need to be filled. The ANC’s national executive committee has given dysfunctional provincial structures until June to get themselves up and running again in time for the 2019 general elections campaign, but it might prove to be less than a simple task.

Premier Ace Magashule gave his last State of the Province Address in Parys on Tuesday night and will soon be occupying the secretary-general’s office in Luthuli House full-time. Many of his detractors in the ANC argue this will be a short-lived tenure as the Hawks could descend on Magashule in relation to corruption soon. Magashule is close to the formerly influential Gupta family and his office was raided in relation to the Estina dairy farm case.

In his speech, which opposition parties boycotted, he hinted that black people were discriminated against with allegations of corruption, and that such allegations were used “to eliminate you” from succeeding.

The battle to succeed Magashule as provincial chair is likely to be fought between deputy chairperson Thabo Manyoni and arts and culture MEC Mathabo Leeto.

It’s been reported that Manyoni hoped to push for the reinstatement of 200 fraud and corruption charges against her, apparently to rule her out of the race. The charges were dropped in 2016 due to insufficient evidence.

After dominating ANC politics for at least a decade under the presidency of Jacob Zuma, KwaZulu-Natal was left with no representation among the ANC’s Top Six officials elected at the party’s recent national conference.

At least four candidates – Zweli Mkhize, Senzo Mchunu, Nkosazana Dlamini Zuma and Jeff Radebe – were contending, but ultimately they were divided across camps, and this also divided the vote of the ANC’s biggest province. All these candidates found employment as ministers this week, except for Mchunu, who is tasked to be a full-time party organiser in Secretary-General Ace Magashule’s office.

But President Cyril Ramaphosa gave a solid nod to the province in his Cabinet reshuffle, elevating former police commissioner Bheki Cele, who did a lot of campaigning for him in the province, to police minister.

It’s far from plain sailing though. Even though branches rebelling against Jacob Zuma’s axing as president have more or less been appeased – for now – there are still small pockets of simmering resentment. The party also has to re-run its nullified 2015 conference some time in the next two or three months.

Oh, and the convener of the provincial task team, Mike Mabuyakhulu, a Ramaphosa loyalist, happens to have been arrested and charged earlier this month just as the ANC resolved to recall Zuma. This was on reinstated charges of corruption, fraud and money laundering totalling R28-million related to the cancellation of the North Sea Jazz Festival scheduled for 2012 and 2013.

Of course, the law is blind to politics. Isn’t it?

In neighbouring Mpumalanga one of the seven contenders for party chairperson in the province, after David Mabuza was elevated to the deputy presidency, is also complaining about a “political” arrest. ANC provincial executive committee member and city of Mbombela speaker Mandla Msibi said he feared for his life after an 01:00 arrest two weeks ago on charges of malicious damage to property. He said he believed this was aimed at blocking him from running for the top job.

Peter Nyoni (head of the co-operative governance and traditional affairs department), MP Fish Mahlalela, David Dube (MPL) and Charles Makola (former deputy chairperson) are also in the running. None reportedly wants to back off in this province which was the flagbearer for unity at the ANC’s December conference.

Some even suggested that the rush to get Mabuza appointed to a national position was because things were becoming too heated in the province.

The province would have to get its house in order well in time for the 2019 general elections campaign, as it is the ANC’s second biggest and has also been the fastest-growing in terms of ANC votes in recent years.

Some in the province claim a report by the national leadership into the provincial conference a few months ago, which saw almost half of the delegates walk out after violent scuffles ensued, was a deliberate whitewash to legitimise the outcome.

Provincial premier Phumulo Masualle, who was seen as siding with Nkosazana Dlamini Zuma in the ANC’s leadership battle, was replaced by Oscar Mabuyane as provincial chairperson at that gathering.

The new provincial leadership, which is pro-Ramaphosa, has indicated that the provincial government needed to be “reconfigured” and Mabuyane was recently sworn in as MPL, but Masualle hit back, saying it was only the ANC’s national executive committee that could fire him.

Supra Mahumapelo is the only one of the original Premier League, which supported Dlamini Zuma, who remains in his original position after the Nasrec conference. The party in the province is set to hold a general council soon to replace Dakota Legoete, who was elected to the NEC, and this has led to a renewed power struggle in the province.

Emboldened by Ramaphosa’s win, Mahumapelo’s detractors in the province want next year’s provincial conference brought forward to replace him too, with deputy chairperson Sello Lehari mentioned as a possible challenger.

Mahumapelo’s opponents also did not take well to his State of the Province Address last week, in which he accused a number of his predecessors of corruption.

Mahumapelo himself could be under investigation soon after a joint standing committee on public accounts and health portfolio committee meeting last week heard that Mahumapelo authorised a trip to India for him and other officials to see Gupta-linked Mediosa’s facilities.

The province paid Mediosa R30-million without the company having done any work. DM