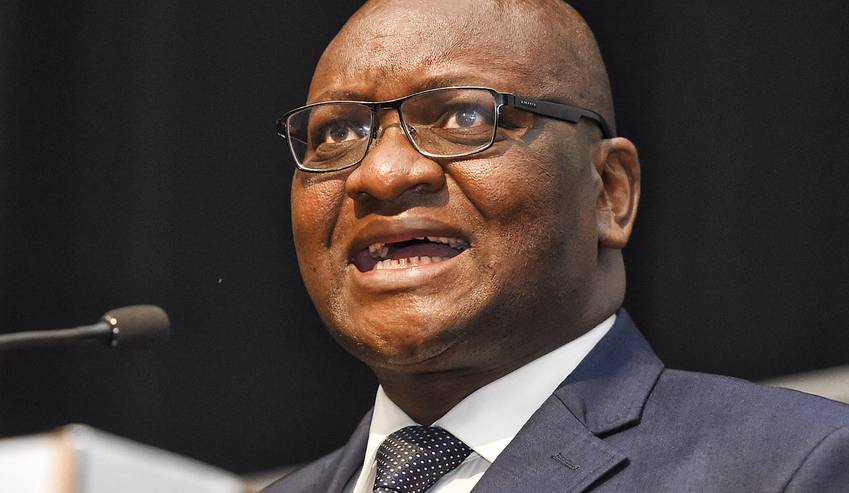 Delivering the State of the Province Address (SOPA) on Monday, Gauteng Premier David Makhura said the country's most populated province had emerged from a painful period, but could welcome a hopeful future after President Cyril Ramaphosa's election. That future will include lifestyle audits for members of the premier's executive council. By GREG NICOLSON.

Two themes ran through Makhura’s SOPA on Monday: former President Jacob Zuma and Life Esidimeni. The premier didn’t mention Zuma by name, but spoke at length on the pain caused by the former president.

“We must first acknowledge that we are emerging from a period of pain, adversity and despair,” said Makhura in his fifth SOPA since being elected in 2014. “It has been a difficult and trying time for citizens, businesses and even those of us who have been afforded the opportunity and responsibility to serve the people in government.”

Makhura spoke at length on his government’s challenges, symbolised most glaringly by the 144 psychiatric patients who died after being moved by the provincial health department out of Life Esidimeni, and announced initiatives in what he termed a “new dawn” to tackle corruption and ensure officials fulfil their mandates.

“The new dawn must inspire us to recoil from despair and wake up from the nightmare of a bleak future so that we can rebuild the South Africa of our dreams,” said the premier. “We had stopped dreaming about a better future due to living through a nightmare of seeing parts of our democratic state being captured in broad daylight in pursuit of greed and rabid private interest.”

In the wake of the Life Esidimeni deaths, where the government abused patients’ rights by sending them to ill-equipped and under-resourced NGOs, Makhura will meet all senior managers in the provincial government on Wednesday to discuss the renewal of the public service. Officials will be required to sign a pledge committing to government’s batho pele, people first, principles.

Makhura also announced that members of his executive and heads of departments will have to undergo lifestyle audits. “The citizens are getting a raw deal from public servants and public officials. We need a new and fresh approach to enforce accountability and delivery. Passing the buck or blame shifting is not acceptable,” he said.

The Gauteng government has appointed an ethics advisory council, led by civil society, to help in the fight against corruption and Makhura said he has met the Special Investigation Unit (SIU) asking them to expedite criminal investigations against government officials. “It is unacceptable that many forensic investigations are instituted by departments, but there are no consequences on the part of wrongdoers,” he said.

“The new dawn requires not only to dream again or rehabilitate our wounded dreams, it also calls for new dreams that imagine a civilisation beyond the present – a new civilisation that is premised on equity and social justice and puts the primacy of human well-being above anything else,” said Makhura.

“The new dawn also calls for a new dream of politics in which public officials uphold a high standard of accountability, integrity, ethics and show respect citizens. This is the politics I choose over other politics.”

Makhura tapped into the renewed hope under President Cyril Ramaphosa’s leadership, but his SOPA was light on details of how the government would address the many challenges facing the province.

DA Gauteng leader John Moody said Makhura was trying to blame Zuma rather than acknowledging the ANC’s failures. “His platitudes of a ‘new dawn’ under President Cyril Ramaphosa take on a deafening tone, as by his own admission, his government is a sign of things to come under Ramaphosa,” said Moody.

The premier said Gauteng had created 300,000 jobs between 2014 and 2016 but would need to create 5,400 jobs a day to eliminate unemployment, or 2,700 jobs a day to halve unemployment. He said increased consumer and business confidence would help create more jobs and the provincial government is trying to get one million young people into internships through its Tshepo One Million programme.

Makhura focused heavily on building township economies and said his government had increased procurement from township suppliers from R600-million in 2014 to R17-billion in 2017. Acknowledging the outcry against illegal, foreign-owned businesses, which has led to repeated protests, he said he would personally conduct inspections and shut down illegal operations.

“I dip my head in shame and once more apologise that this happened under my watch,” Makhura said on Life Esidimeni. He will appoint someone to oversee the implementation of the recommendations of the Life Esidimeni arbitration and called on opposition parties to help improve the health system.

On transport, Makhura acknowledged that e-tolls have failed and said he would speak to Ramaphosa about finding a new funding model to develop the province’s roads. “The new dawn must also bring a solution to the protracted and unresolved problem of e-tolls. It is loud and clear for all to see that e-tolls have not worked,” he said.

The premier added further detail to his ambitious plans to address Gauteng’s housing backlog, which stands at 540,000 units. He said 31 mega-settlement projects have been approved to build accommodation along key economic corridors that would create 700,000 new housing opportunities over five years.

The DA, however, was not convinced: “The premier and his administration have created a fragmented and fractured society,” said Moody. “Many of the initiatives announced today are repackaged old and tired ideas of the last four years of his time in office with the omission of many past promises.”

Thousands of commuters arrived at their workplaces hours late on Monday morning thanks to the pomp and ceremony that marked the opening of the Gauteng Provincial Legislature which saw whole streets closed.

“It’s the opening of the legislature, and traffic has been crazy from 6am. It’s crazy,” a traffic officer identified as B Sithole shouted after being asked what was causing the delay.

Many commuters were frustrated, saying they were not made aware of the traffic disruptions, adding that if they were, they would have been prepared better and given themselves more time to get to work.

“It’s obvious nobody cares about us. Why were we not notified earlier? We would have made alternative plans. Only politicians are important in this country. We value our small jobs because they are our main source of income. Nobody has the right to take that away from us, not even these politicians,” said Bongani Masondo, a 28 year-old construction worker.

But the Johannesburg Metropolitan Police Department said commuters were informed.