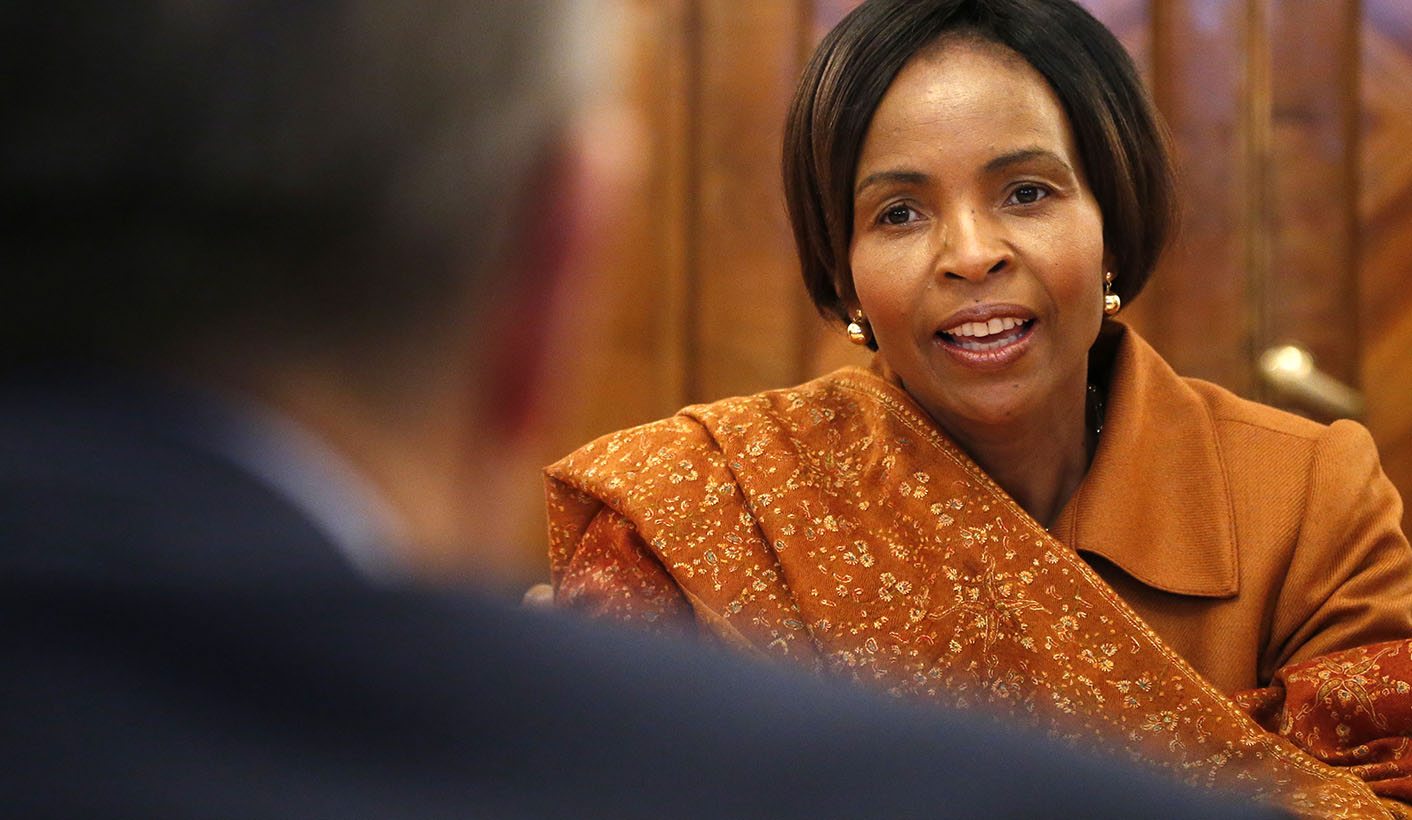 Following the inaugural State of the Nation Address (SONA) by President Cyril Ramaphosa on 16 February 2018, numerous commentators have taken advantage of the change in the leadership of government to outline a series of foreign policy expectations for the new Presidency. By CLAYSON MONYELA.

DIRCO remains committed to building on the progress achieved in the first 24 years of democracy. Our foreign policy envisions a South Africa that is informed by its national interest and values, being a globally competitive economy and influential, thereby becoming a leading member of the international community.

We continue to pursue regional political and economic integration and promote Africa’s development through sustained South-South solidarity and mutually beneficial relations with the North. We acknowledge that this can only be achieved within a reformed, just, fair and equitable global system of governance.

Since 1994, South Africa has consistently adapted its economic diplomacy strategies. In anticipation of growth in both the African and Asian regions, we took a conscious decision to expand and strengthen our diplomatic missions in the two regions. For example, we increased our presence on the continent from seven diplomatic and consular missions in 1994 to 47 in 2015.

As a result, we have managed to increase the volume of out-bound trade and inward investment, tourism, skills and technology transfers. In 1994, trade between South Africa and the rest of the continent was R11.4-billion. South Africa’s total trade with Africa is now estimated at R436-billion. This would not have been possible without the work done by our diplomats.

There is a direct correlation between the growth of South Africa’s diplomatic missions and the phenomenal expansion of our trade and investment relations on both the African continent and in Asia and the Middle East. The same applies to the Americas and Europe. With additional economic diplomacy efforts and enhanced national co-ordination, South African trade with the world can reach R2-trillion by the end of this administration. This is without a doubt an unprecedented trade expansion and credit must go to our diplomats who work daily to build relations, sell, and market our country.

A lot has been written about the contributions of tourism to South Africa’s economy. The growing number of tourists visiting our country would not have been possible without the tourism promotional work done by our diplomats. The ever growing tourism figures confirm the strategic importance of the global footprint we currently have. We have learnt to do more with less.

South Africa remains a key player in the multilateral arena as we are currently chairing the following bodies: the Southern African Development Community (SADC); Brazil, China, India and South Africa (BRICS); and the Indian Ocean Rim Association (IORA). We are also the co-chair of the Forum for China-Africa co-operation (FOCAC).

As SADC Chair for the 2017-2018 period, we will focus on harnessing the participation and involvement of the regional private sector in the implementation of the SADC Regional Industrialisation Strategy and Roadmap. The SADC’s goal is to improve and establish its manufacturing capacity, productivity and competitiveness in sectors such as agro-processing, mineral beneficiation and manufacturing. It is of central importance to our region to add value to our resources and to grow our intra-regional trade and our regional brand.

The Indian Ocean region’s population is home to nearly one-third of the world’s population and is of great economic significance due to its strategic location. Half of the world’s trade travels through this region. In addition, the ocean – that binds the Rim together – possesses a variety of natural resources that are vital for the well-being of its inhabitants, safe trade and environmental stability. Furthermore, the Indian Ocean holds two thirds of the world’s oil reserves; carries half of the world’s container ships and one third of the bulk cargo traffic; produces goods and services worth over $1-trillion, with Intra-IORA trade amounting to some $777-billion.

South Africa took over as chair of BRICS on 1 January 2018 and will remain in this position until 31 December 2018. We will host the 10th BRICS Summit in Johannesburg from 25-27 July. Our BRICS membership has consolidated our position globally and within emerging markets.

Last year saw the launch of the African Regional Centre (ARC) of the New Development Bank (NDP) in Johannesburg. This institution can assist in unlocking our continent’s industrial development potential.

During our tenure, we intend to further engender a meaningful and productive interaction between BRICS and our African partners, whilst attempting to contribute to the BRICS institution-building agenda, through the two proposals we have put forward, namely the establishment of a Working Group on Peacekeeping and the Virtual Vaccine Research Platform.

South Africa has been endorsed by the African Union as a candidate for the non-permanent seat of the UN Security Council in 2019. The elections will take place in June this year.

We reaffirm our commitment to co-operation between the United Nations and regional and sub-regional organisations, particularly the African Union, in matters relating to the maintenance of international peace and security.

We continue to make significant progress in resolving the challenges of peace and security on the continent. UN Secretary General Antonio Guterres identified conflict prevention and the establishment of a culture of prevention as a key priority. This is in line with South Africa’s own diplomatic efforts over the past two decades which focused on conflict resolution, prevention and mediation.

We are of the view that, while we must aim to strengthen the tools at our disposal in addressing conflicts as they arise, the focus must be on preventative diplomacy and on addressing the root causes of conflicts. South Africa is convinced that peace and stability in the world will remain elusive if we do not address the relationship between security and development in its proper context.

Equally so, we are of the view that the UN Security Council is paralysed and is unable to carry out its responsibilities for the maintenance of international peace and security. South Africa remains steadfast in its call for the reform of this critical organ of the UN.

South Africa has indeed recorded considerable foreign policy strides over the past 24 years. However, more still needs to be done and we believe that under the leadership of President Ramaphosa, more will be done. DM