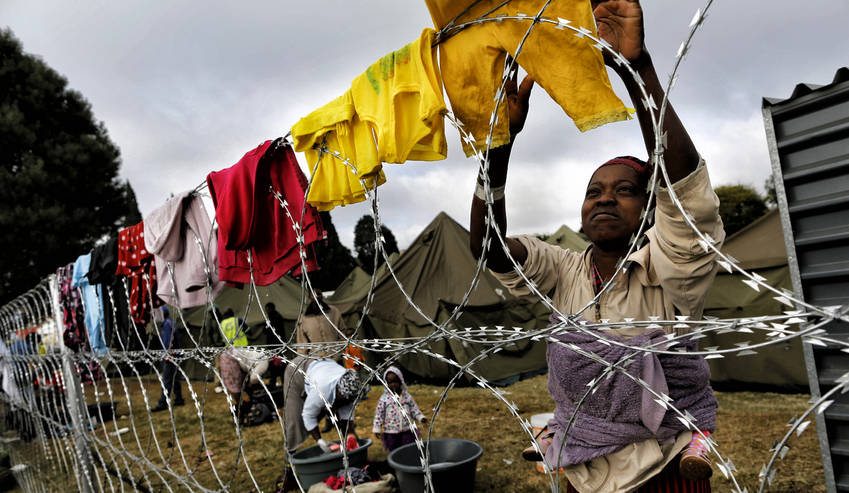 An open letter to President Cyril Ramaphosa to deal with the Refugees Amendment Act, which the writer says disregards the international laws on refugees and children. By FATIMA KHAN.

I heard your call for Thuma Mina and I am writing to let you know that I am ready to lend a hand.

I, like many other South Africans, sat down on that Friday night to watch your State of the Nation Address. I listened to your address with the view, not to criticise, but rather to reaffirm my commitment to South Africa and see where I can help.

What stood out to me was your statement that South Africa belongs to all who live in it and your commitments made to addressing poverty and creating jobs for our youth.

Additionally, the comments on having the “most hospitable people”, with “the most beautiful country” and calling on “all South Africans to open their homes and their hearts to the world” caught my attention.

You spoke of a new dawn and recognised that sometimes we fail, merely because we fail to implement our laws. One glaring example of this is the treatment of refugees in South Africa, in particular refugee children. South Africa boasts one of the most robust and liberal constitutions in the world and in the very least it should protect the dignity of everyone present in South Africa, but sadly this is not the case. I have witnessed our laws fail those most vulnerable in society.

During my time as Director of the Refugee Rights Clinic at the University of Cape Town, I have witnessed, at times with complete horror, the devastating impact of non-compliance of our laws on the lives of refugees and refugee children.

At the clinic, we provide free legal services to refugees, with the assistance of the UNHCR. We provide a direct legal service to approximately 5,000 clients annually and witness first-hand the struggles of refugees to access their basic human rights in this country. In certain instances, poor service delivery, coupled with a complete disregard for the law, results in absurd situations where the best interest of a vulnerable child is completely neglected.

Three weeks ago, a pair of grieving parents came to our office after the tragic loss of their infant child. After giving birth in a South African hospital our clients were issued with a handwritten notice of birth. Despite the fact that the father held a valid asylum seeker permit, the child was refused a birth certificate due to the fact that the mother was an undocumented asylum seeker.

We have on many occasions pointed out to the Department of Home Affairs that the notice of birth leads to a denial of rights. When this baby tragically died it exposed the cruelty and the inhumanity of the recently introduced policies by Home Affairs.

The mortuary would not release the body of the child to the grieving parents in the absence of valid documents of the mother and the DHA would not issue a death certificate because the child was not issued with a birth certificate.

Please try to imagine the incredible suffering of the parents in this situation. The inhumanity of the Home Affairs officials tasked with assisting our clients resulted in a delay for two grieving parents to lay their child to rest. In the end, our offices had to threaten High Court litigation in order to obtain relief for our clients. After engagement with Home Affairs, only the most senior person in the office would agree to issue a death certificate. This ordeal lasted 11 days in total, and only then was the tiny body of the deceased baby released so that the grieving parents could finally put their child to rest.

It is important to engage with the complexity of this matter to truly understand the complete irrationality of the Home Affairs policies introduced in recent years. The mother, an asylum seeker in South Africa, is not an illegal immigrant.

This situation outlined above is a direct result of restrictive and systemically xenophobic practices introduced by Home Affairs. They have denied refugees access to the asylum system. They have blatantly ignored court orders to re-open Refugee Reception Offices and provide essential services to asylum seekers and refugees.

Mr President, I strongly appeal to you to address the lack of respect for binding court orders as a matter of extreme urgency.

Regrettably, xenophobia remains rife in South African society; just last week I was informed by a group of refugees of a scenario that plays out time after time. In the event of poor service delivery or any restrictions on public goods or services by the government, communities inevitably blame and often target foreign nationals. Recently a row of public toilets were removed by the Cape Town City Council in Du Noon following allegations of high water consumption due to car washers operating in the area. In response, community members started protesting against the removal of the toilets and, not long thereafter, a number of foreign nationals fell victim to violent attacks.

This flows from an apparent inability by Social Development to distinguish between trafficking and smuggling. If it is determined that the parents are in South Africa illegally, unite them with their children and return them all to Zimbabwe. It is not in the best interest if these children to be kept in isolation and apart from their parents.

Our post-apartheid refugee laws have shown respect for the exiled and have recognised that the exiled do not cease to be human beings. However, recent years have seen the adoption of horrible and inhumane practices and laws by Home Affairs.

In December, while we celebrated your Nasrec victory, the former president signed into law the Refugees Amendment Act, an act that disregards the international laws on refugees and children that we have ratified and which, in my opinion, also disregards our Constitution.

Photo: Mothers wash clothes in a Red Cross refugee camp after they left their township houses in the area due to the xenophobia attacks in the Primrose, Johannesburg, South Africa, 19 April 2015. EPA/KIM LUDBROOK