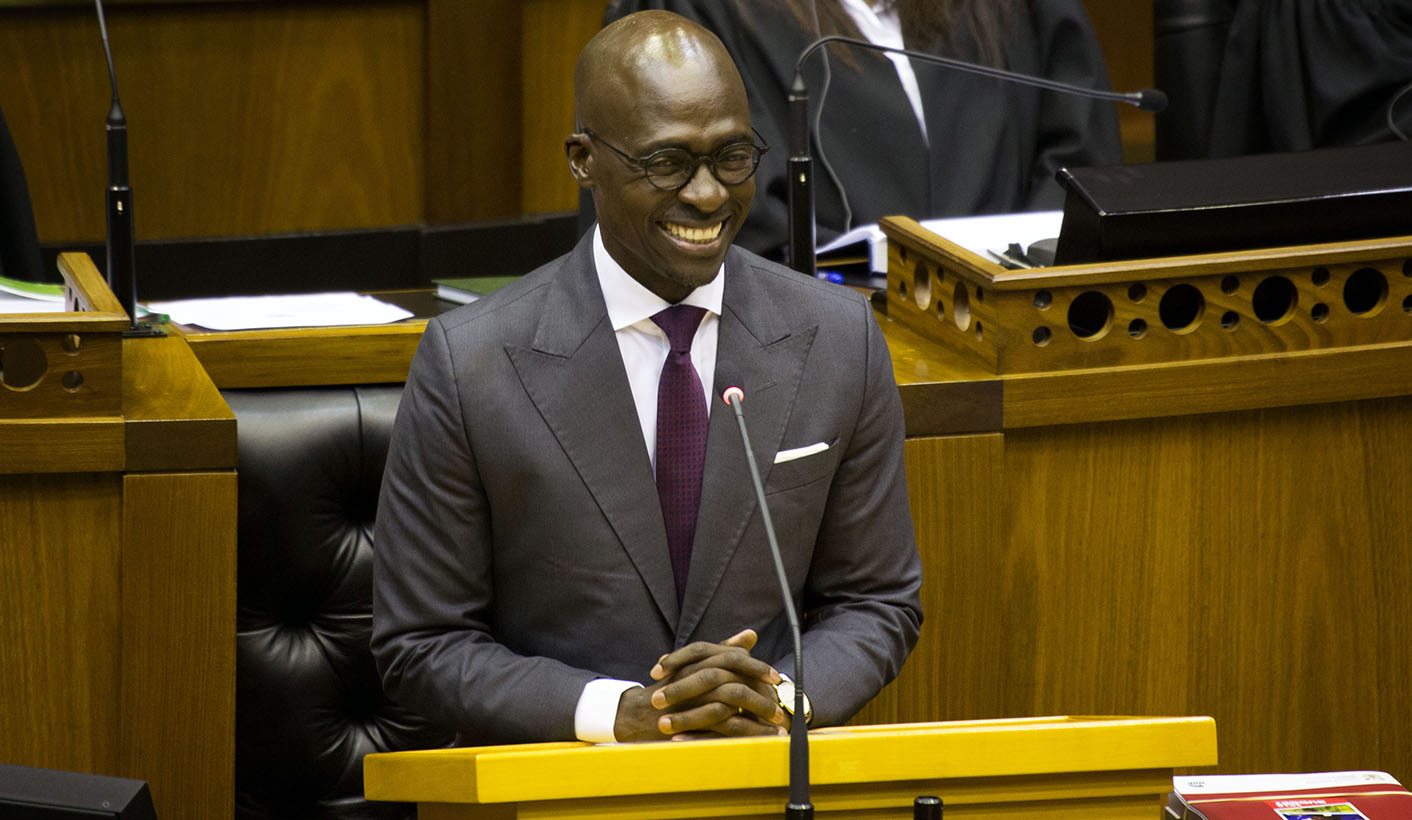 In light of the fiscal discipline required by Finance Minister Malusi Gigaba, and the patently disappointing figures presented in the budget speech, it would be imprudent of us to hold out any hopes for sweeping land transformation. By SOBANTU MZWAKALI.

As opposed to being increased steadily to reflect the pressing urgency of the land question in South Africa, to the contrary, the land budget has declined precipitously over the past few years. With an increase of merely 3% for land reform, we now find ourselves at the same level as 2008.

On Wednesday, while stipulating national budget allocation for the year 2018/9 at Parliament, Gigaba said: “The Department of Rural Development and Land Reform will accelerate restitution claims with plans to settle 2,851 of these worth R10-billion. A further R4.2-billion has been set aside to acquire 291,000 ha of ‘strategically located land’.”

Therefore, considering the main budget vote for Department of Rural Development and Land Reform and looking at the nominal amounts – not adjusted for inflation, of this amount – the budget allocated for land restitution has increased from R3.239-billion in 2017/18 to R3.371-billion for 2018/9. The increase to complete the outstanding restitution claims is only 4%.

With the remaining amount – mostly urban – of about 30,000 of 80,000 claims are unresolved for the restitution between 1994 and 1998. In 2014 the government passed an amendment to the Restitution of Land Rights Act extending the period for new claims to be lodged for another five years with government estimating 400,000 claims, which could cost to R180-billion in their budget. At this average rate of resolving claims, it could take government 150 years to complete the programme.

To date, the progress of restitution has been very slow, with most rural claims not resolved, and with poor implementation and inadequate support for resolved ones.

Using the same equation applied to calculate restitution for Land Reform, which consists of redistribution and tenure reform: allocation was R2.642-billion in 2017/18 and is R2.723-billion in 2018/19. Same sum. It works out to 3%.

At the end of apartheid, there were about 80-million hectares of commercial farms owned by 60,000 families, with 13-million black people crowded in the homelands or Bantustans. The government promised citizens access to land on equitable basis, and offered tenure which is legally secure. In 1994, the government projected to have redistributed about 30% of the land in five years. However, redistribution has been slowing down quite dramatically.

In 2014, about 700 million hectares, amounting to 8% of white-owned agricultural land, was redistributed. Though the Constitution allows for compensation that is ‘just and equitable’, the government has chosen to redistribute land at market value on a ‘willing buyer, willing seller’ initiative. Additionally, the access to land ‘on equitable basis’ has not in the past 20 years been interpreted judicially.

Bearing in mind that both restitution and land reform programmes include the capital and budget for spending on land and support as well as on the institutions to implement, this means a substantial decline in real terms. At this rate of a fluctuating budget leaning more to a decline, the rate of delivering access to land is directly proportional. Furthermore, with flickering statics of failing to achieve at least 30%, annual budget could mean the purchase of land and land acquired without any redistribution of land rights taking place.

In that sense, in the medium term — where budget allocations for rural development and land reform seem to increase by an average annual rate of less than 5% up to 2019-20 — we can expect a modest pace on land transformation.

President Cyril Ramaphosa said that the land-reform issue would be tackled within the parameters of the law. “We will not allow smash-and-grab interventions,” he said. Though the 54th elective congress of the African National Congress resolved to “expropriate land without compensation”, it is not yet clear if the party will implement its resolution to amend the Constitution so that this can take place.

In light of the fiscal discipline required by Gigaba, and the patently disappointing figures presented in the budget speech, it would be imprudent of us to hold out any hopes for sweeping land transformation. So, while the message of radical economic transformation has been emphasised – having been mentioned twice in the budget and numerous in the state of the nation address – it appears land transformation will likely reflect more of the same. DM

Sobantu Mzwakali is the Advocacy and Campaigns Officer at Tshintsha Amakhaya, a civil society alliance for land and food justice in rural South Africa.