Notes from the House: DA blamed for delay in passing party funding Bill 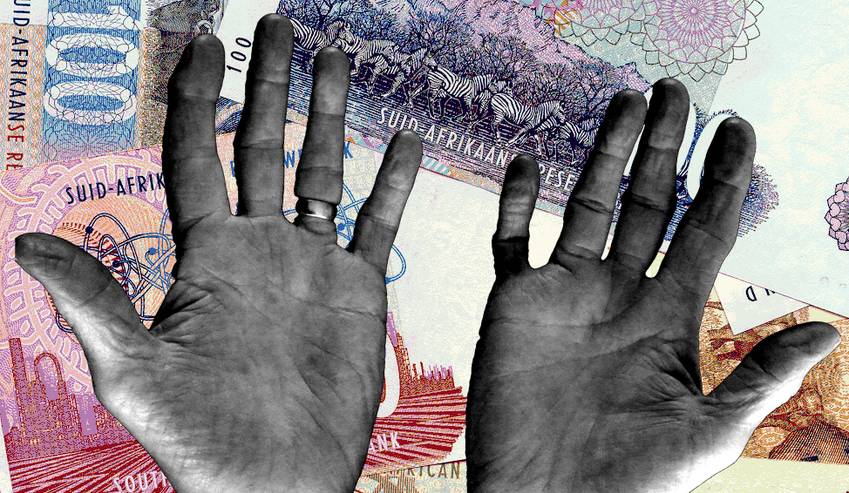 The Ad Hoc Committee on the Funding of Political Parties broke all records and met an extraordinarily tight deadline by processing extensive public consultation and reaching approval on the party funding Bill within three months last year. The Bill was ready by the last sitting of the House in 2017, but it was not debated. The chair has expressed frustration that this has allowed new obstacles to be raised which have to be taken back to the ad hoc committee. By MOIRA LEVY.

This article was first published by Notes from the House

Vincent Smith, the Chairperson of the Ad Hoc Committee on the Funding of Political Parties, has blamed the opposition Democratic Alliance for the latest delay in passing legislation providing for tracking of public donations to political parties.

For the first time parties would have to make the names of their donors public, declare where they got their funds from and release how much they received from donors. This follows years of civil society campaigning for sources of private party funding to be made transparent and accountable.

Smith said he had expected the debate to be resumed when Parliament reopened in February. The Ad Hoc Committee on the Funding of Political Parties had broken records in conducting extensive public hearings and getting the Bill approved by the time Parliament rose.

This legislation was first mooted by Parliament 20 years before and had never reached as far as being submitted to a committee. Under Smith, the hurriedly formed ad hoc committee was hailed as a breakthrough for transparency in party funding.

Public interest was high and at least 20 individuals and civil society bodies made submissions. All parties comprising the committee, except for the DA, supported the notion of regulating party funding and making them public. Private party funding has been on the increase as Parliament’s funding to parties has been whittled away by inflation and fiscal restraints, and parties have become increasingly reliant on private funding, especially around elections.

Smith said at the start of the public hearing in August 2017 that “political party funding will determine whether those that have money will influence policy or whether you and I, as the ordinary citizen, will be [able to] influence policy. That is why it is important that we regulate private donors.

“Whatever comes out of here will have a bearing on South Africa for a very, very long time,” Smith told committee members back then.

He was clearly frustrated to find that the legislation had lapsed in terms of National Assembly ruling 333 which declares that Bills on the Order Paper for a first or second reading “lapse at the end of the day unless the Assembly decides otherwise”.

According to Smith, the official opposition raised a concern that the costs of implementing the proposed legislation must be determined before the Bill can proceed any further.

Smith described this as a “delaying tactic” on the party of the opposition. He asked why this matter had not been raised last year before the committee had agreed on the draft Bill.

The availability of funds for parties and the costs of providing the capacity and infrastructure needed for the complex process of allocating funds to political parties was discussed at some length during the 2017 hearings.

The ad hoc committee identified the Independent Electoral Commission (IEC) as the non-partisan body that would manage the party funding process, but the IEC was determined that its mandate of overseeing election be kept separate from the actual allocation of funds.

The commission also said it could not accept the additional mandate without further funding as its own finances were precariously stretched. A decision was reached to establish a new business entity, whose head would report directly to the IEC.

Electoral operations of the IEC would then continue to receive its undivided attention, while the business unit would implement the proposed legislation. The IEC warned at the time that the new unit would prove costly as it required staff and infrastructure, and the IEC was in no position to provide this.

Smith explained that the Bill was returned to the Chief Whip’s Forum in terms of a request by the DA that had come up in 2018 to first complete a-costing exercise. Smith said he did not oppose this, but that costing process was already under way. He questioned why the DA had not raised the matter before the ad hoc committee passed the Bill in November 2017.

The DA had consistently opposed the draft Bill during last year’s hearings on the grounds that some funders preferred to remain anonymous.

DA leader John Steenhuisen said that the draft Bill had lapsed because it had not been finalised by the time Parliament closed last year. His party saw no reason to “rush the Bill through”.

Given the “tight fiscal space” that South Africa is in right now “there is no point in passing this Bill if there is no money to pay for it”, he said.

Smith presented an entirely different viewpoint, saying. “There is no price too high for openness and transparency.”

He saw this Bill as a means to ensure that South Africa never again experiences the dangers posed by secrecy and non-accountability.

Citing State Capture, which resulted when funding was not open to public scrutiny, he argued that the costs of protecting transparency outweighed the ultimate costs that could be incurred if leadership is not held accountable. This is something South Africa should have learned, he said.

He has identified a possible date for the ad hoc committee to reconvene and expressed confidence that Parliament’s Programming Committee would convene the debate before March.

DA leader John Steenhuisen confirmed that the Bill would be back in the House shortly. He denied that this was an attempt by his party to delay the Bill, saying “It is highly irresponsible to pass a Bill that is not fundable”.

The IFP’s Narend Singh confirmed that Parliament’s Programming Committee had agreed that the Bill would be revised, if necessary in consultation with Treasury, and referred back to the ad hoc committee “to tie up loose ends”.

He said the Bill could possibly have gone through during the final sitting of last year, “but there was no time”. He had no comment on the suggestion that delaying tactics had been employed to delay the Bill’s passage into law and said it could be expected back in the National Assembly for debate soon. DM