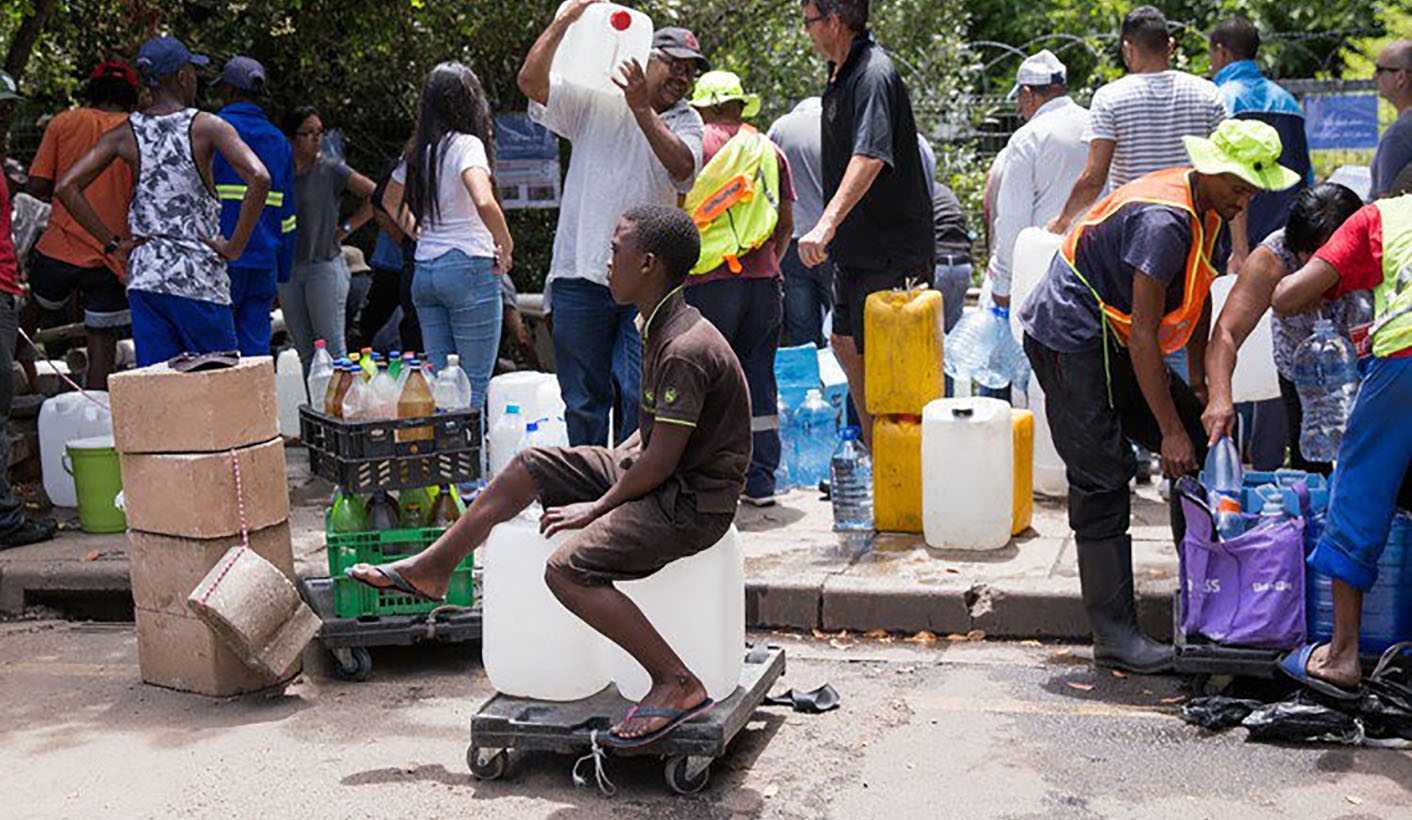 Hateful messages by ideologues can harm Jewish-Muslim relations. By Nathan Geffen for GROUNDUP.

For weeks two opposing conspiracy theories about Cape Town’s drought have been circulating. One appears to have traction in the Muslim community, and the other in the Jewish community. In the past few days they’ve entered the mainstream, one receiving support from an ANC politician and the other from the Wall Street Journal.

News24 reported on Friday that the ANC’s Sharon Davids (who has been implicated in corruption) made anti-Semitic remarks in the Western Cape legislature. Davids, according to News24, accused the DA of fabricating the Day Zero water crisis in order to score desalination contract kickbacks from the “Jewish mafia”. She followed this up with more racist remarks about Jews, citing as evidence for her theory that former DA leader Tony Leon is involved in city communications, and that DA MP Michael Bagraim is friends with DA leader Mmusi Maimane. Whatever Davids thinks of Leon’s or Bagraim’s politics, to suggest that they are mafia, or trying to fabricate a massive lie about Cape Town’s water crisis, is absurd.

GroundUp has received emails and WhatsApp messages promoting this nonsensical theory. One emailer linked the city’s water crisis to the Rothschilds, a Jewish family that is frequently the subject of anti-Semitic conspiracy drivel.

There’s no evidence to support Davids’ theory. The data showing that the water crisis is real is in the public domain for anyone to see. It is a consequence of the extremely serious and rare three-year drought. The possibility of taps running dry is substantial (although greatly reduced in the past few weeks because of the incredible effort Capetonians and farms have made to reduce water consumption). To suggest otherwise when our dams are at less than 25% with the winter rains months away is irresponsible. To do so in a way that encourages religious or racial hatred is unforgivable.

Davids should be expelled from the ANC. Other officials like ANC Western Cape leader Faiez Jacobs and Minister of Water and Sanitation Nomvula Mokonyane, while not making direct anti-Semitic comments, have also fuelled the lie that Day Zero is a myth.

The other, no less insidious, theory is that “Cape Town May Dry Up Because of an Aversion to Israel”. That’s the headline of a deceitful article published in the Wall Street Journal and republished on the website of the South African Zionist Federation.

This conspiracy theory is more sophisticated than Davids’ one, and requires more space to debunk.

The argument goes that Minister Mokonyane spurned Israeli expertise on desalination in 2016 and this has put Cape Town’s water supply at risk. The Wall Street Journal author also criticises Mokonyane for visiting Iran and for “bringing home a memorandum of understanding in which Iran agreed to help develop South Africa’s water infrastructure”. He expresses outrage at Iran’s apparent poor water management and that its government diverts “water to favoured ethnic and political groups”. Israel on the other hand, he disingenuously suggests, treats the Palestinians under its control fairly when it comes to water. It does not (read this, for example). But this is all beside the point.

First, Cape Town has been building desalination plants at Monwabisi, Strandfontein and The Waterfront, and bigger plants are planned. But desalination is extremely expensive, requires huge amounts of power, and pumps brine back into the ocean which is an ecological risk. One municipality graph estimates that desalinated water will constitute 17% of our future supply, but it will take several years to build plants capable of providing that amount of water, far too late to make a difference to avoiding Day Zero in 2018 or even 2019, even if Israeli assistance was offered in 2016. Desalination is also only one of the ways the city’s water supply will be increased. More on this in an upcoming article.

Second, it is not ministers or other politicians who have the technical expertise or propose technical decisions to deal with the water crisis: it’s engineers and scientists. The Department of Water and Sanitation and the municipality have good engineers who know what they’re doing. They are ably assisted by scientists at our best universities, who read the scholarly literature, attend conferences, and meet their counterparts in other parts of the world, whether they be Israeli or Iranian. That’s how knowledge is shared between experts in scientific fields; not through politicians’ cocktail parties. The idea that somehow Israel has a wand that will sort out Cape Town’s water supply, that we spurned this magic, and that we don’t have local experts is idiotic and arrogant.

Third, nothing stops Israeli, Iranian or other companies (with a few irrelevant exceptions) from bidding for desalination tenders for Cape Town. They may have to compete against competent local firms, one of which was recently awarded a R5-billion desalination contract in Saudi Arabia. If any company loses a bid and believes it to be unfair, it can use the courts to seek redress.

There is much else in the Wall Street Journal article that is misleading. The author does not understand Cape Town’s water crisis.

These two conspiracy theories are mirror images of each other. Both mythologise and exaggerate the role of Jews in the world, which is a type of anti-Semitism. It’s especially disturbing that one of these theories is being promoted by some Jewish people.

Conspiracy theories arise in any crisis. But poor communication from government — in part caused by in-fighting by DA politicians and the conspiracy promoting by the ANC — have added fuel to the fire.

Although Jewish-Muslim relations in Cape Town are sometimes strained, partly as a consequence of the ongoing oppression of Palestinians, many Jews and Muslims in the city work, socialise and even live together. Let’s not allow ideological hate mongers, who promote nonsense, to derail that. DM

The author is GroundUp’s editor. Views expressed are not necessarily those of other GroundUp staff