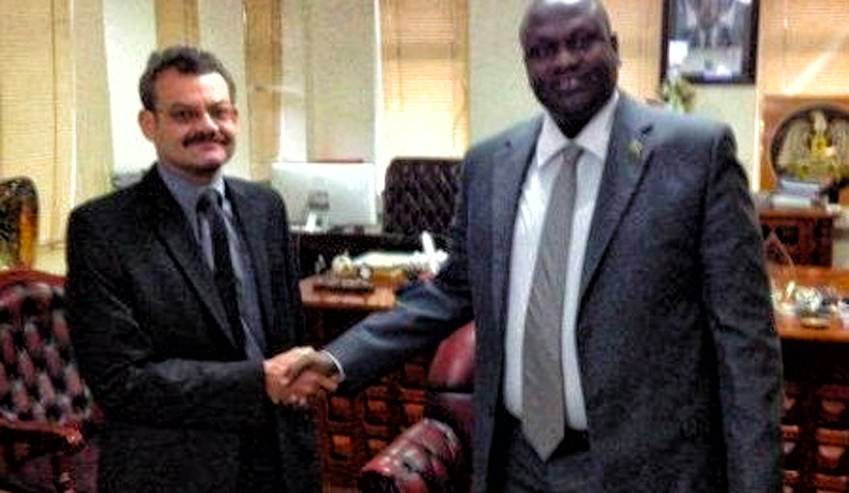 The South African government is waiting to see if ex-South African colonel William Endley appeals his death sentence in South Sudan before deciding whether or not to intervene. By PETER FABRICIUS.

Endley (55), an adviser to Riek Machar, arch-rival to South Sudanese President Salva Kiir, was sentenced to death by hanging in a court in the capital Juba on Friday for espionage and conspiring to overthrow the government. South Sudan’s ambassador to South Africa says a presidential pardon could be an option if Endley loses his appeal.

He was also sentenced to nine years and four months in prison for other charges, including entering South Sudan illegally and bringing in arms.

He would have to serve his prison sentence before execution.

“Mr Endley has 15 days within which to lodge an appeal against his sentence. His legal representatives will make a determination and the officials at the South African embassy in Juba will continue to monitor the case closely.”

Asked if it was not unjust to single out Endley for such a harsh sentence when so many atrocities had been committed on both sides in the war, with impunity, Sudan’s ambassador to South Africa, Philip Natana, defended the sentence.

He said that Endley had been found guilty of training Machar’s rebel troops during the civil war and that amounted to treason, a capital offence in South Sudan’s law.

Natana suggested that the fact that Endley was a foreigner was an aggravating factor “as that could amount to being a mercenary.” However he also stressed that he was not targeted because he was a foreigner.

He said Endley was entitled to appeal the conviction and sentence.

Natana was asked if it was not particularly unfair to pass the death sentence on Endley when no legal action had been taken against Machar, who is known to be under effective house arrest in South Africa.

Natana said that question was best addressed to the South African government. If Machar was brought to Juba, he would probably face a similar charge and sentence. But South Africa and South Sudan did not have an extradition treaty.

Diplomatic sources have acknowledged that the South African government has been keeping Machar under house arrest for over a year to keep him out of South Sudan, both militarily and politically, to improve the chances of a peace settlement. His absence, however, has not ended the war.

It was also put to Natana that the Commission of Inquiry into the civil war, led by former Nigerian President Olusegun Obasanjo, had reported widespread atrocities on both sides of the conflict up to the very highest level and had recommended a special hybrid court be set up to try these crimes.

Natana said this court had not yet been established and so one would have to wait to see what happened.

He said South Sudan had already carried out “several executions” of soldiers found guilty of murder.

The ambassador said if Endley lost all legal appeals, the South African government could appeal to Kiir to grant him a pardon.

South Sudan won independence from Sudan in July 2011. Machar was deputy president to Kiir until they fell out in 2013 and a civil war between their forces and ethnic groups erupted in December that year.

The rivals agreed to a peace deal in August 2015 and Endley was hired in 2016 to advise Machar on the planned integration of rebel forces into the national army under that deal.

Weeks after the peace agreement collapsed during days of heavy fighting that rocked the capital in July 2016, Endley was arrested.

He was charged along with rebel spokesman James Gatdet Dak, who was sentenced to death by the same court on February 12 for treason.

Tens of thousands have died in the war, while four million have been forced from their homes as successive peace talks have failed. DM