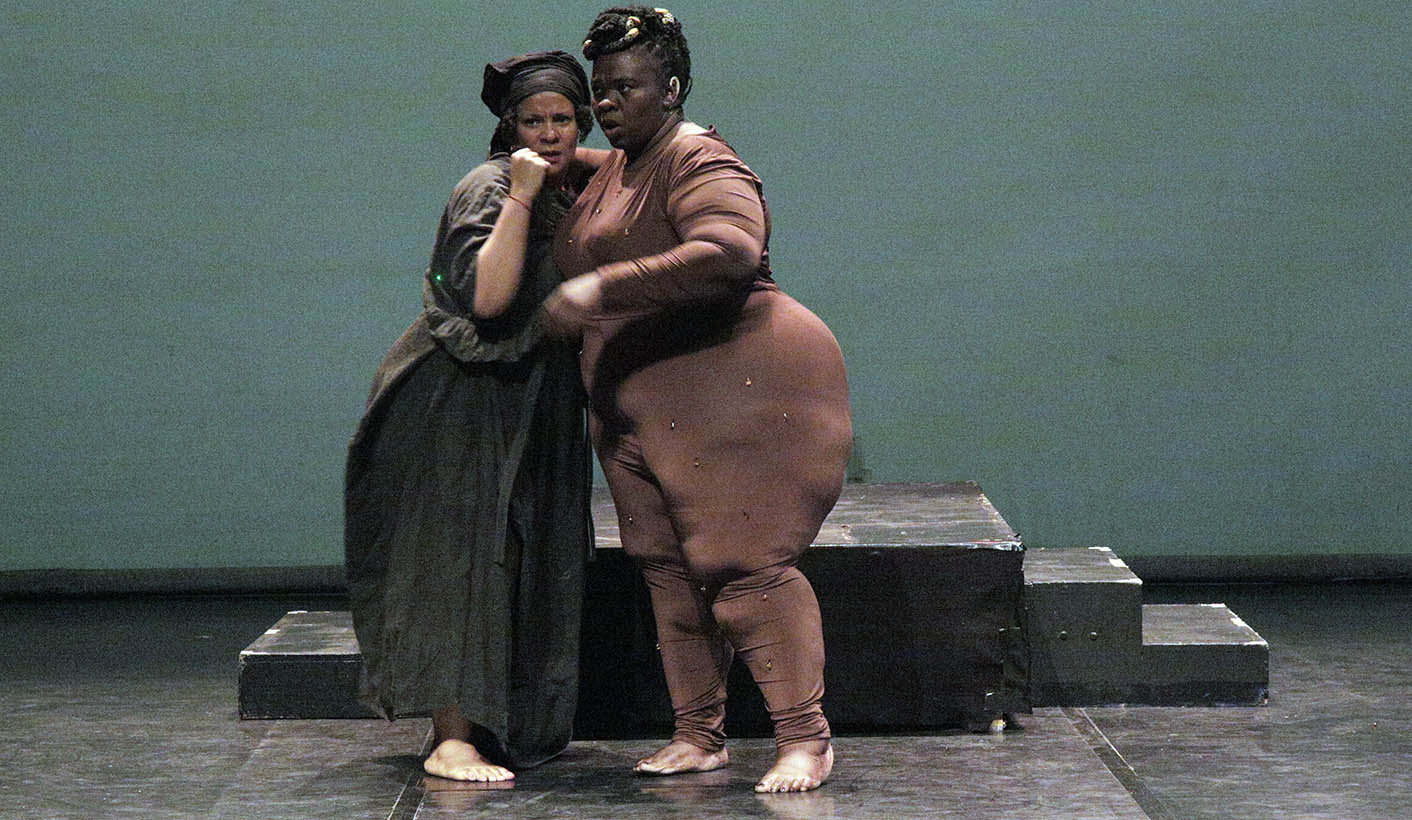 “We keep coming back to Saartjie because so many issues intersect in this one woman’s life: slavery, colonialism, sex trafficking, the line between performance art and selling the body and sex,” said Lebo Mashile in an interview. By APHIWE NGALO and HLUMELA DYANTYI.

“There is a reason why black women artists keep coming back to Saartjie Baartman. She is the archetype for black female representation issues,” says South African poet, performer and writer Lebo Mashile.

She is premiering her workshopped production, Saartjie vs Venus, which she also stars in, at the 2018 Design Indaba on Friday night (23 February) at the Artscape in Cape Town.

The lived experiences of Saartjie Baartman mirror the lived experiences of black women today. Saartjie was sold into slavery in the 18th century and moved to Cape Town. She was later moved to . Baartman’s large buttocks and dark skin made her the object of fascination for the colonial Europeans. Baartman was exhibited for entertainment purposes while her “owner” reaped financial benefits from her body. Baartman’s life may be years apart from that of black women today but, to some extent, her life is not too far removed from today’s reality.

Explaining why she decided to work on this piece, Mashile said during an interview in between rehearsals: “We keep coming back to Saartjie because so many issues intersect in this one woman’s life: slavery, colonialism, sex trafficking, the line between performance art and selling the body and sex. These issues are still relevant today.”

Mashile cites these challenges, along with the constant erasure and exploitation she has witnessed and been victim to, as what has better equipped her to tell Baartman’s story.

She goes on to say that, “Fame does this particularly to black women, this is my experience, this is also Ann Masina’s experience.”

Masina plays the role of Venus, which was Baartman’s stage name. “I have never seen anyone react to a person’s body the way I’ve seen people react to Ann. I have seen truck drivers almost hit their cars, driving into poles, looking at Ann. I have seen children turn around, like people breaking their necks, to look at Ann. People touch her involuntarily.”

It was Mashile’s and Masina’s similar experiences as plus-size women, mothers, travellers and artists that led to them working together. Mashile realised that she had found her Venus to her Saartjie.

The opening of Saartjie vs Venus on Friday night is a 45-minute snippet of what is to become a bigger production on Baartman’s life. DM

Lebo Mashile and Ann Masina on stage for the final dress rehearsal ahead of the Design Indaba opening of Saartjie vs Venus on Friday evening. Photo: Daily Maverick