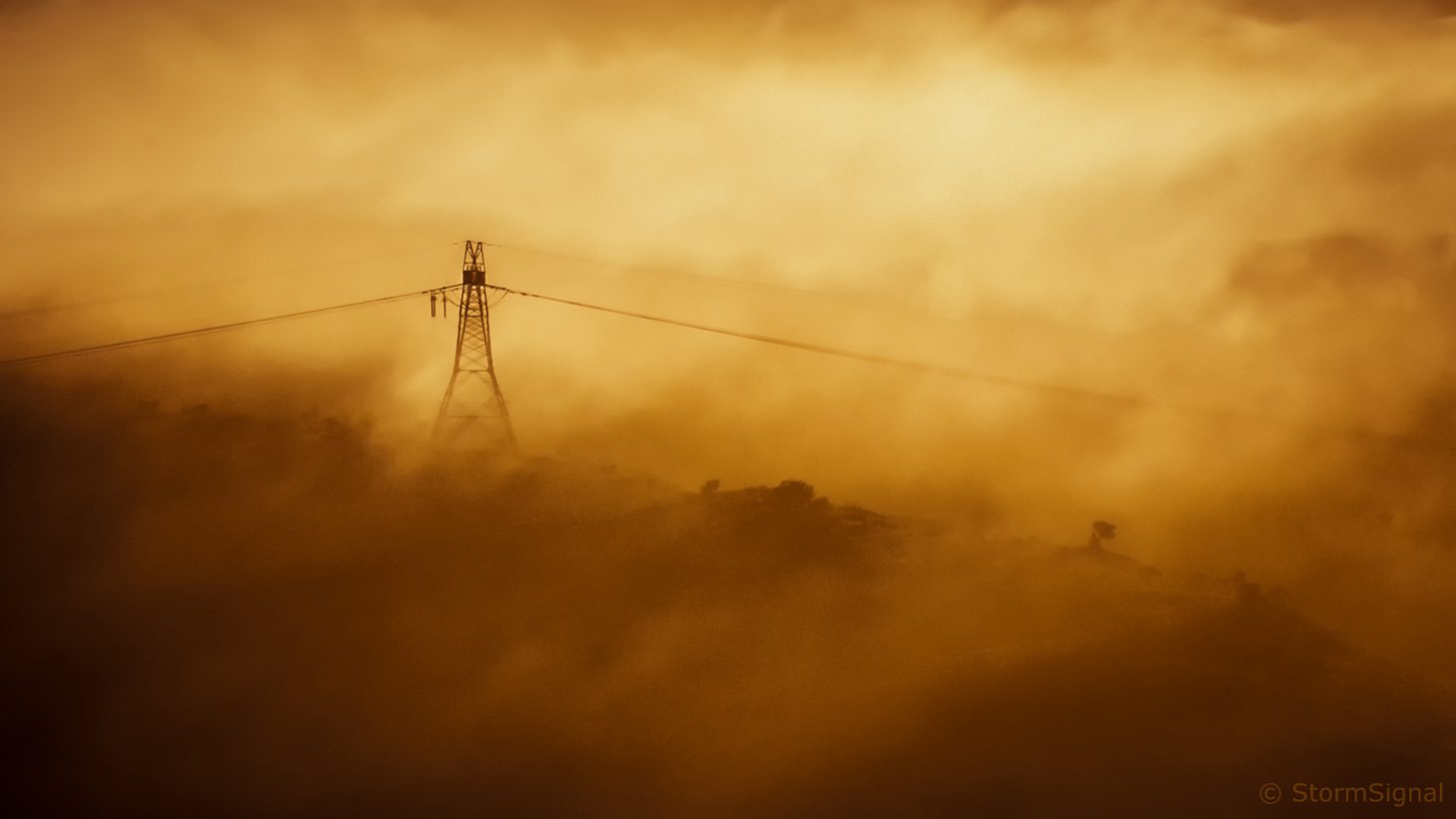 Our State-owned Enterprises (SoEs) simply do not provide a suitable return on investment and their social returns are not particularly good either. This means that a restructuring of SoEs is now inevitable. By DIRK DE VOS.

President Ramaphosa’s inaugural State of the Nation Address made it clear that he intends to fix the growing problem of our State-owned Enterprises ().

We should first understand the scope of the problem. A Presidential Review Committee (PRC) reported its own findings in 2012. There are various forms:

It is with these that urgent remedial action is required.

When the PRC submitted its report, it had developed a database of approximately 715 state-owned entities (including chapter 9 institutions) and this number was not the final tally.

As the PRC report noted, this large number calls into question the capability of the government to provide effective oversight for all of them. It also observed that there were no commonly agreed upon strategic sectors and priorities.

In respect of SoEs, the trade-offs between commercial and non-commercial objectives were not resolved. The PRC found the legislative framework for to be inadequate with evidence of conflict and duplication as well as a lack of clarity about the role of executive authority, boards and the chief executive in the governance and operational management of .

The PRC also found that many were under-capitalised with unclear finance policies, had very mixed levels of service delivery and lacked robust leadership and initiative.

On a formal legislative level, the PRC recommended: “Government should enact a single overarching law (‘State-owned Entities Act’) governing all SoEs” based on the General Shareholder Management (GSM) Bill. The purpose of this Bill would be to provide an overarching legislative framework for the governance and management of to resolve inconsistencies or omissions across the PFMA, the Companies Act and various corporation-specific Acts.

Typically, for the Zuma administration, nothing much was done about that report. Its focus was on State Capture and now things have spiralled out of control. Our SoEs now present huge risks for the country. SoEs are expected to borrow around R90-billion this year and borrow around R80-billion each year until 2021. Eskom and Transnet alone account for 78% of the total borrowing requirement. Other large borrowers in the state sector include state-owned entities (not ) such as Sanral and the Trans-Caledon Tunnel Authority which collectively have an annual borrowing requirement of around R6-billion.

In general the larger are in a poor state. Many of them have become highly indebted without improving their operations or their ability to meet debt servicing costs. Eskom is a prime example of this. Others that look better on paper are only able to maintain profitability by virtue of their monopoly positions in key choke points of the economy and maintain this monopoly position to the cost of the economy as a whole. Transnet is an example of this.

The guiding (or at least the publicly disclosed) vision of the ANC is the pursuit of economic growth and development through the model of the “developmental state”. A development state can be contrasted with a “regulatory state” in that the government seeks to play an active role in the economy. Other developmental states (mostly Asian countries) have achieved success due to their ability to “plan, coordinate and implement steps to achieve a vision for economic development”.

SoEs present the advocates of the developmental state with a mechanism to direct and influence the process of economic development. In theory, they can invest or operate in areas of the economy that the private sector cannot do. However, as the PRC report observed, a developmental state is premised on state capacity.

Developmental states (mostly Asian countries) have achieved success due to their ability to plan, and implement steps to achieve a vision for economic development. It requires both technical capacity and competence, an ability to establish social compacts and avoiding capture by partisan interests. South Africa has failed the prior conditions for being a developmental state in every single respect.

Perhaps it is now time to review the developmental state idea and adjust it to the country we are and not the country that the ANC thinks we should be. In doing so, we should accept that our SoE sector is simply a legacy of the apartheid state. Professor Ben Fine argues that from the 1920s, state corporations in electricity, steel and transport combined with private mining conglomerates to build an economy based around the extraction of minerals using cheap forms of energy Professor Fine refers to this form of capital accumulation as the “minerals-energy complex”. To make it all work, apartheid policies ensured the supply of cheap and compliant black labour. This strategy was wrapped up in an over-arching programme of Afrikaner empowerment known as .

More recently in a paper authored by Trudi Makhaya and Simon Roberts which tracks the development of state-led investments that facilitated South Africa’s industrialisation that supported the growth commercial agriculture, the rail infrastructure that facilitated the movement of goods in mining and agriculture and investments in technology in selected sectors. Eskom, the forerunners of Transnet, Iscor (now ArcelorMittal), Sasol and others all developed under this economic policy framework. But the context has changed.

As an Opinionista on these pages, Trudi Makhaya points out the dangers of a hankering for this type of development in a modern open economy context. She points out the cost of the market distortions that accompanied this growth model including state-sanctioned cartels in crucial input markets and, of course, the underlying assumptions of this type of economic development model, namely the imposition of apartheid geography and job reservation.

Instead we should be promoting growth and the optimisation of comparative advantage through entrepreneurial activity. Makhaya’s thinking is supported by a 2013 World Bank study which suggests that our economy needs increased competition through dismantling existing areas of excessive concentration. It also urged increased competition in the provision of infrastructure as government infrastructure monopolies do not necessarily lead to greater export success. In fact, the same study identifies state-owned monopolies in rail, ports, electricity and information communication as bottlenecks to growth.

The other main problem with is in their consistent value destruction, a cost borne by their governments and taxpayers. South Africa’s are not alone in this. A report in The Economist shows the extent of value destruction by state-owned companies around the globe. SoEs that are still among the world’s top 500 firms lost between 33% and 37% of their value in US dollars between 2007-2014 (shares in private companies had risen by 5% over the same period). The Economist ascribes this to a lack of accountability of their management which enabled them to make poorly judged investments. One notable feature is their poor returns on equity. Return on equity is the profit is generated with shareholder funds.

Return on equity is an important measure to determine whether the SoEs add or subtract from the South African economy. In the 2015/16 financial year, South African SoEs had a combined return on equity of 0.8%. In the previous year (a year in which Eskom was partially recapitalised,) the sector’s return on equity was -3.7%. Using the R186 bond as a measure, the government’s own average cost of borrowing is 8%. If the government borrows at 8% and provides capital to which generate a lower return on equity than 8%, it represents value lost to public finances. By this measure, SoEs have lost value for every year since 2012.

So, what to do now? Getting basic governance right is critical. Some will recall Futuregrowth’s decision to suspend lending to in 2016. In the meantime, they have been re-engaging with Sanral, the roads agency and undertook a review and analysis of Sanral’s governance structures and independence. It might be worth examining this review and how it can be applied more broadly.

Better governance only gets one so far. Our SoE sector will need to be extensively restructured. Where SoEs operate in competitive markets, parts of them could be privatised. Privatisation should strenuously avoid the establishment of private monopolies as was the case when Telkom was partially privatised in the 1990s. The disastrous effects of this approach are described in the Trudi Makhaya and Simon Roberts paper.

will need to be done carefully. Many SoEs have, over time, developed processes and pricing that have the effect of subsidising poorer communities. While cross-subsidies are important for equity reasons they also impose inefficiencies on the whole system due to incorrect price signals. Pricing, or tariffs where pricing is administered, should enhance economic efficiency in the allocation of the country’s resources. To achieve this, tariffs should be cost-reflective. Cross-subsidies should be properly costed and then funded directly by the government.

The deterioration in South Africa’s fiscal position means that the extent to which it can continue to fund (or provide additional guarantees) is now greatly constrained. Guarantees, normally a contingent liability, might start to be called in and there is a real risk of a full financial crisis due to the scale of pension fund money and particularly those pensions managed by the PIC.

Future credit rating downgrades will make the position even worse. However, even without these constraints, a prudent investor needs to ensure value for money. Our SoEs simply do not provide a suitable return on investment and their social returns are not particularly good either. This means that a restructuring of is now inevitable. The ideological objections that may exist are no longer sufficient to avoid this eventuality. DM