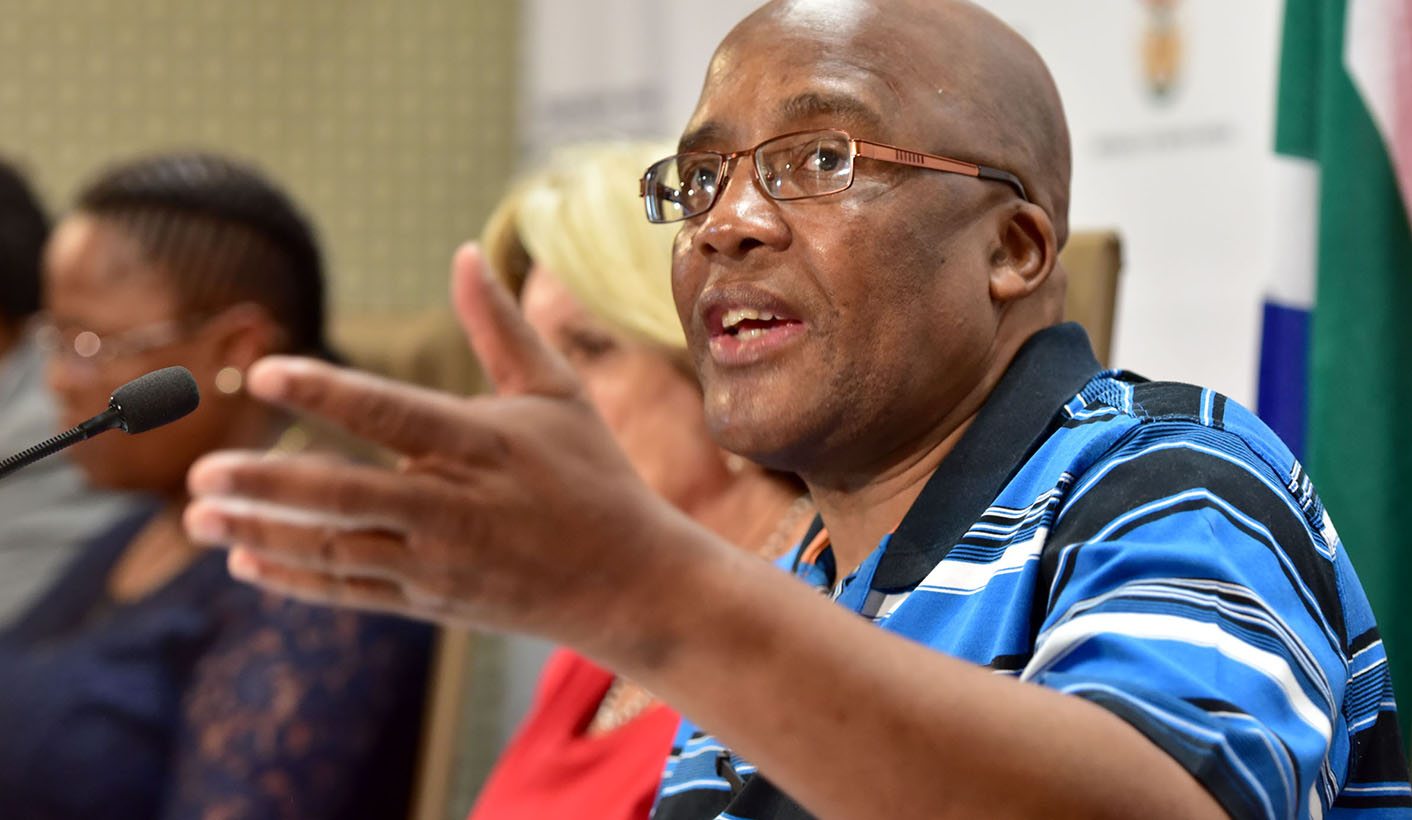 Provincial health ministers and parliamentarians need to communicate to the public on the ground the facts surrounding the recent outbreak of listeriosis in South Africa, said Health Minister Dr Aaron Motsoaledi. By SUNÉ PAYNE.

Since January 2017, the listeriosis outbreak has seen 727 confirmed cases and 61 deaths, mostly in Gauteng, the Western Cape and KwaZulu-Natal.

The need for proper communication was reiterated by the chairperson of Parliament’s portfolio committee on health, Lindelwa Dunjwa. The chairperson told the committee on Wednesday that she had convened the meeting “so that we could go into our constituencies and tell our communities to understand simple hygiene habits”.

Motsoaledi said although listeriosis has been identified in the country since 1977, this was the first time the disease had become “notifiable to the public”. According to Motsoaledi, this particular strain of listeriosis identified by laboratory testing has seen a rapid spread and has seen unusual behaviour – which prompted the department to notify the public.

Motsoaledi pointed out that like many other infections, listeriosis is widely distributed in nature. It is found in soil, water and vegetation. Contamination of food can occur through not rinsing or cooking food thoroughly.

Motsoaledi told the committee he was particularly worried about the spread of the disease because the incubation period is between two and 70 days. This poses difficulties in trying to find the source of infection among neonatals (babies between 0 and 28 days old).

“The reason they get it is because they get it directly from their mothers,” said Motsoaledi.

During the meeting, MPs expressed concerns about whether communities were receiving adequate communication about the dangers of the disease and how they could prevent it.

“We need more environmental healthworkers in our communities,” said DA MP Lungiswa James, who asked: “Why didn’t people know about this (listeriosis)?”

ANC MP Claudia Ncube-Ndaba questioned how people could be well-informed when messages and rumour were being spread on social media – for instance, stories circulating that chickens from popular fast food outlets were being infected. She didn’t know whether these reports were true or not.

Motsoaledi was quick to allay fears about the capabilities of health facilities, saying, “We can’t underestimate our clinics. They’ve dealt with cholera and other communicable diseases.”

The minister admitted he became particularly worried during the Christmas period, with the use of raw vegetables and men who, when braaing, were “brave enough to eat chicken that was still bloody”.

Motsoaledi appealed to those people, saying the department was “asking them to suspend that bravery for the time being”.

National Freedom Party MP Ahmed Shaik Emam asked what measures were being taken to monitor standards for food sold on streets, especially food that is exposed for the entire day.

Motsoaledi admitted, “We do have a problem here, I must confess.”

According to Motsoaledi, health inspectors were moved from the department of health in 1996. They now fell under municipal control.

“Imagine a small rural municipality, which is struggling to provide water to remove refuse, having to put money aside for what they believe is a function of health – they just ignored it,” he said.

Motsoaledi said there were plans to hold a press conference updating the country on the outbreak since the last update on 8 January. This would be done once the Multisectoral National Outbreak Response Team, which was tasked to investigate the source of the disease, had met.

He said he had given the directive to provincial ministers to spread information about listeriosis, using interviews and handing out pamphlets to the public about the disease, as part of the department’s national campaign.

“I have asked MECs to give interviews locally, to the local radio stations. We are trying, and we’re also using community healthworkers (to spread information),” said Motsoaledi. DM

Photo: Minister of Health Dr Aaron Motsoaledi briefs media on 8 January 2018, on the status of the current Listeriosis outbreak in the country and sheds light on progress with regard to tracing the source of the outbreak. Photo: GCIS (Flickr)