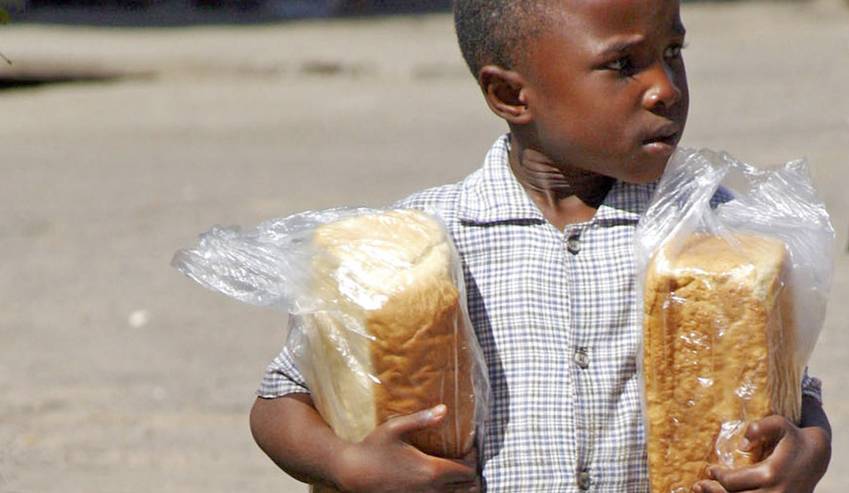 Everyone in South Africa will be affected by certain measures announced by Finance Minister Malusi Gigaba in Wednesday’s Budget. An increased fuel levy and the 1% VAT hike will cause pain in particular for South Africa’s low or no-income households – while NGOs say the commensurate increase in social grants payments will do little to cushion the blow. By REBECCA DAVIS.

A “bitter pill to swallow”.

That’s how the Organisation for Undoing Tax Abuse’s Wayne Duvenage described the tax increases in the 2018 budget to Daily Maverick – coming as they do “against the backdrop of rampant maladministration and corruption that is the legacy of the Zuma era”.

It was a sentiment apparently widely felt on Wednesday.

Public sector union the Public Servants Association (PSA) expressed concern about “the detrimental, ripple effect on especially middle- and low-income earners of the 52-cents increase on the fuel levy and the increase of VAT to 15%”.

In a statement, PSA general manager Ivan Fredericks said: “The PSA understands the need to grow the GDP, but the poor should not pay a higher price to get us there.”

Finance Minister Malusi Gigaba said in his Budget speech that government “has taken deliberate steps to adjust social grant values above inflation to at least partially cover for the proposed increase in VAT”, but NGOs argue that the increases to social grants will not compensate sufficiently.

Old age, disability and care dependency grants are set to rise by R90 monthly from 1 April 2018 and by a further R10 from 1 October 2018. The child support grant will rise by R20 monthly from October.

“In a country like South Africa where you have extreme poverty, as it is [social grants recipients] struggle to make ends meet. Many are already vulnerable to money lenders and take out loans.”

While Abrahams-Fayker welcomes the increase in social grants allocations, she points out that not all poor South Africans receive social grants.

“There is a formidable group of unemployed people who don’t get grants,” she said, suggesting that this demographic will struggle in particular to cope with the VAT increase.

Section 27’s Daniel McLaren expressed similar pessimism that the increase in social grants will mitigate the effects of the VAT hike.

“When it comes to the child support grants, we know that 80% of those amounts are already spent on food,” McLaren told Daily Maverick. “The real purchasing value of those grants has been decreasing steadily.”

If the government was serious about ensuring that South Africa’s poorest citizens were not badly affected by the VAT increase, McLaren says, it should have expanded the list of goods exempt from VAT.

A report released by the Wits school of economic and business sciences before the Budget argued strongly – like McLaren – that the list should be expanded if a VAT increase were to be implemented. The report advocated including items like candles, soap, basic medicines, pay-as-you-go airtime and education-related goods.

Not everyone agrees. In a statement released by PwC, the firm’s VAT partner Lesley O’Connell said:

“The fact that there is no amended list of zero-rated foodstuffs is positive as it maintains the integrity and efficiency of the South African VAT system.”

Mazars’ head of taxation Mike Teuchert suggested that the VAT hike, and other so-called “stealth taxes” such as the fuel levy, will be felt more dramatically than the minimal increases to personal income tax.

“The bottom four tiers have been increased by only about 3%, while the top three tiers have not been adjusted. All in all, that is a very small change,” Teuchert said in a statement. “The stealth taxes, on the other hand, will have a significant effect on consumers.”

More expensive taxi fares could not come at a worse time, given the paucity of other affordable and reliable transport options.

“We are dismayed that government still has no public transport plan and no plan to intervene at Prasa,” Cosatu said in response to the Budget.

Tax increases are not the only way in which the impact of the Budget may be felt. The decision to reduce police services by 2,000 personnel, said the DA, “will only put… the safety of our people at risk”.

But the concern that cutting South African Police Services employees will lead to an increase in crime is possibly misplaced, says the Institute for Security Studies’ Gareth Newham.

In the last six years, Newham points out, the police budget has increased in tandem with a 13% increase in the murder rate and a 40% increase in violent armed robbery.

“Police can be far more efficient with their current budget if they improve top management and increase accountability,” Newham says.

While some South Africans will accept service delivery cuts and tax increases as a necessary evil to stabilise the country’s ailing economy, OUTA’s Duvenage warns that government shouldn’t get used to the idea.

“Going forward we expect to see government driving efficiencies and cost reduction to ensure no increases in taxes next year,” he said. DM