Budget 2018: NHI gets cash – but its operations remain vague 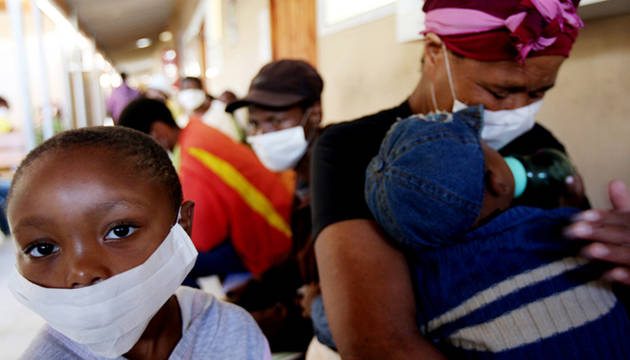 The Budget has allocated R4.2-billion to the National Health Insurance scheme to be spent over three years, but exactly how it will work remains vague. Also, this allocation is coming from a reduction in tax breaks which might drive those who are struggling to pay for medical aid back to the state sector. KERRY CULLINAN reports for HEALTH-E NEWS.

The National Health Insurance aims to make a package of essential healthcare free to all citizens and legal residents of South Africa through compulsory employee contributions to a national NHI Fund – a noble cause with a hefty price tag.

But the health department’s attempt to introduce the scheme has floundered over the past five years, partly dogged by huge management weaknesses in the public health sector.

According to Wednesday’s Budget review, the NHI will get R4.2-billion, made up of allocations of R700-million, R1.4-billion and R2.1-billion over three years. This money will come from “an amendment to the medical tax credit”.

It will be used to contract general practitioners to work in the public sector, increase schools’ eye and ear testing, for “community mental health” and “expanding the Chronic Disease Medicine Distribution Programme to enable three million patients to collect chronic medicines at their collection point of choice instead of at a clinic”.

Medical tax credits are given to taxpayers who opt for private medical aid. By offering below-inflation increases in medical tax credits (ranging from 2.2 to 2.5%), government estimates that it will save R700-million this year – the sum total of this year’s NHI allocation.

But Professor Alex van den Heever from Wits University’s School of Governance says this reduction in tax breaks is unlikely to save much money, as it is likely to drive some of those who are already battling to pay private medical aid back into the state sector.

“The medical tax credit is an entitlement to compensate people who are paying for medical cover themselves rather than depending on the public sector. As most medical schemes have higher-than-inflation annual increases, the reduction in the medical tax credit will mean that people will be out of pocket and some will drop out of cover,” said Van den Heever.

“It makes no sense to take the subsidy away from people but offer no substitute for what is lost. What the R4.2-billion NHI allocation is for is unknown. It is likely to go to institutions and consultants that will not improve healthcare.”

Van den Heever also decried the increase in VAT as “the wrong thing to do as it taxes the poor more than the rich”.

Instead, government could have introduced an extra tax bracket for the super-rich, gone after pension tax subsidies for very high-end earners, and increased corporate taxes, which are “the lowest in 20 years”, said Van den Heever.

“It is plain wrong to increase VAT to pay for public health as it means that the people who are using public health will be the ones who are paying for this,” he said.

The Rural Health Advocacy Project’s Russell Rensburg was also against the VAT increase, arguing that it would affect poor communities more and “deepen inequality of access”.

Rensburg also warned that money alone would not create a viable universal healthcare system: “Adding additional resources to an increasingly inefficient system does not increase efficiency.”

The “ongoing freezing of critical health posts, underinvestment in the maintenance of key infrastructure, including medical equipment”, and “the under-allocation of resources” to rural areas were undermining the health system, he said.

Last week, the Davis Tax Committee said that the uncertainty around how the NHI would be funded was a cause for concern. Government itself has estimated that it will need R256-billion (2010 prices) a year for the scheme. The Davis committee said that, if the economy only grew by 2%, there would be a shortfall of R108-billion by 2025.

“The proposed NHI, in its current format, is unlikely to be sustainable unless there is sustained economic growth,” said the committee, which urged more realistic costing and a detailed framework for implementation.

The Department of Health says that an NHI Bill is passing through the last stages of a Cabinet review process on its way to Parliament, and this is likely to also set out the creation of an “NHI Fund” to pay for the scheme.

Meanwhile, the tax on sugary drinks, referred to as the Health Promotion Levy, will be introduced on 1 April, according to the Budget Review. Government expects that this tax – approximately 11% on a can of Coca-Cola – will net it around R1.93-billion.

The aim of the levy is to reduce consumption of sugary drinks, a leading cause of obesity – which drives a number of health problems including diabetes, strokes and cancer.

But Wits School of Public Health Professor Karen Hofman said the tax “has been significantly watered down and needs to be around 20% in order to have a serious impact on reducing obesity”. DM