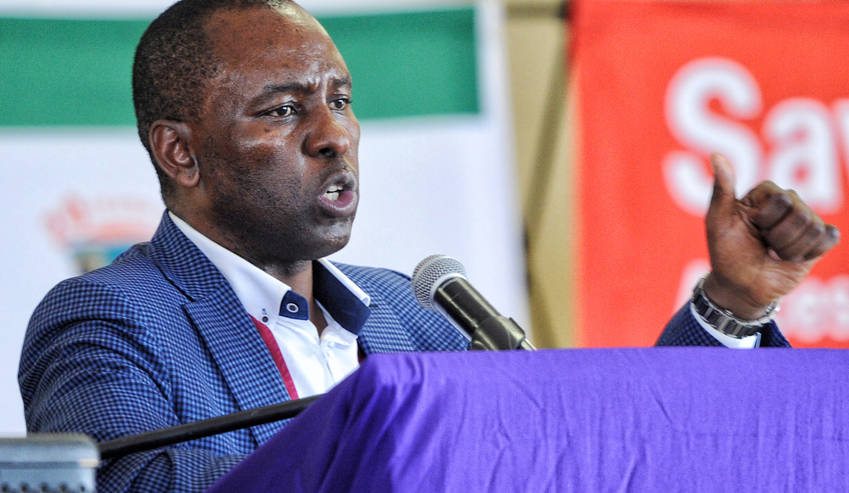 Mosebenzi Zwane failed to turn up in Parliament to answer questions on allegations of State Capture, citing his mandatory attendance at a non-existent government meeting. Hes now facing a formal inquiry. By MARELISE VAN DER MERWE.

The parliamentary portfolio committee on mineral resources agreed on Wednesday morning to pursue a formal inquiry after Minister Mosebenzi Zwane again failed to turn up to answer questions on State Capture.

The minister was scheduled to respond to allegations relating to his dealings with the Gupta family, in particular his role in the Vrede dairy farm, which helped bankroll the Gupta family wedding. The meeting  on a date Zwane requested  also came shortly after the decision to resume discussions on the Mining Charter. Zwane was excluded from the initial talks.

It is not the first time Zwane has failed to turn up for similar meetings on State Capture. Excuses given  including a previous meeting in November  have included illness, exams, and Wednesday mornings explanation: a claim that he would appear before the National Council of Provinces (NCOP), though there was no such scheduled sitting.

MPs, to put it mildly, were not impressed. And if the results of Zwanes attempts to outrun questioning are anything to go by, other ministers in similar positions should be very nervous.

Sahlulele Luzipo, Chairperson of the Portfolio Committee on Mineral Resources, argued that issuing a subpoena for Zwane to appear before the committee could simply create further delays and give the impression that the committee is not serious.

We have had this decision before as a committee, he said. He also argued that Zwane had resist(ed) to come on multiple occasions already.

But on the negative side, once a formal inquiry was instituted, that is the route you are taking and all other persons would be subjected to it, he added.

It would also be necessary to consider the requirements of an inquiry, such as personnel, he said.

However, MPs from the ANC, EFF and DA all called for a formal inquiry and said Zwane should be subpoenaed to appear. The DA, for its part wanted a full-scale inquiry into State Capture in the Department of Mineral Resources.

There is a clear indication that he (Zwane) does not want to come, said the EFFs Thembinkosi Rawula.

Rawula also called for the Mineral Resources Committee to compile a list of names of people who could testify against Zwane.

Luzipo, for his part, said Zwane had placed the committee in a dilemma through his persistent failure to co-operate. We have said we must be fair, he said. We must give the minister a chance if he is the subject of an inquiry. He must be given the chance to rebut any evidence given. We are in a dilemma now In light of this I am sorry to start the meeting afresh, he said, when it became clear the meeting would be devoted to discussing what to do about Zwanes non-attendance.

Once the decision was taken to pursue an inquiry, he added: It doesnt mean someone is going to say what you want to hear when they appear in front of the committee. It may not help to pin down what went wrong. But others may come and say hey, this is what went wrong. We are not looking to say this went wrong, we are looking for what we can discover. And if he (Zwane) feels he is not being treated fairly he can say I can be given the right to clarify myself.

But he added: Things are flying so fast now, anything may happen. DM