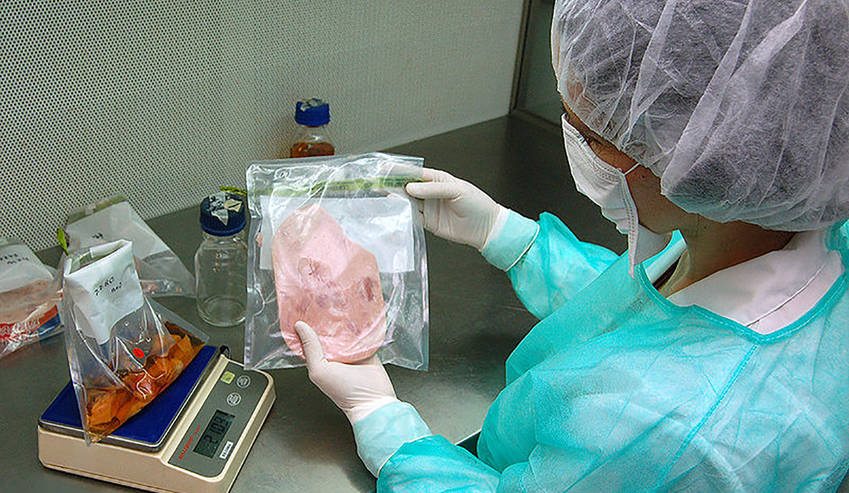 On Monday the Gauteng Department of Environmental Affairs kicked off an awareness campaign on potentially fatal listeriosis. But the death toll is rising as more stringent measures are yet to be implemented. By BHEKI C SIMELANE.

The death toll from listeriosis has risen to 164, with nearly 900 documented cases in laboratories and half the fatalities being infants under a year old. Yet the disease remains poorly understood and officials have yet to implement set guidelines for its prevention and handling.

Gauteng has been the province hardest hit by the disease. Twenty-six lives have been claimed in Johannesburg and 28 in Tshwane.

The causes of the listeriosis outbreak remain unknown, and Phalatse said a lack of awareness had contributed to the number of deaths to date.

“People don’t know what to do,” she said.

Further, she added, it remained difficult to perform a conclusive diagnosis. Further analysis was still necessary in order to provide a deeper understanding of the disease.

Listeria can be spread to people by several different methods. Eating food contaminated with the bacteria, such as through raw (unpasteurized) milk or contaminated vegetables, is often a source for cases.

In the meantime, contaminated foodstuffs had been removed from shelves as a safety measure.

The department has yet to determine a set of guidelines for the conduct of retail owners and buyers, said Phalatse. However, she added, all food products found to be contaminated would be confiscated and the place of origin shut down.

Retailers expressed their concern over the lack of specific guidance. One store owner, who spoke anonymously, said he appreciated the department’s efforts, but argued it was an exercise in futility if there were no laws or by-laws in black and white to govern the conduct of retail owners and other buyers. “A pamphlet does not carry the same weight as a law that is written down. Those laws or by-rules must also be strictly implemented,” he said.

Phalatse said it was not the department’s approach to shut down people’s businesses as they also contributed to the country’s economy. “Our approach is to work with retail owners ad buyers. They are an important part of the economy,” Phalatse said.

She further argued that it would not make sense to suddenly implement stringent measures a year after the disease had broken out.

Rather, she urged a focus on the risk factors and preventing further infections by creating awareness of how to limit the spread of the disease.

Phalatse said: “Our message is that people should handle food correctly. It’s vital that now they know there is an outbreak, this means health officials are aware and residents will be alerted to the warning signs.”

Phalatse cautioned against anything that grows under the soil as a potential risk for listeriosis. She urged citizens to be aware of the threat of contamination. Hygiene was essential, she added.

Elaborating on risk factors, Phalatse said the most vulnerable groups are people less than 28 years of age, people living with diseases such as TB and HIV/Aids, and people over 65 years old. Dr Phalatse said these groups of people “need to take extra care”.

“We felt for now we should focus on awareness. I think we will go as far as taking samples in some outlets. If it’s necessary to hold some outlets accountable, I’m sure the officials might do that too,” Letsosa said. She five campaigns had been held so far around Soweto.

With regard to people’s response to the awareness campaigns, Letsosa said the campaign was working, but also that too many people were still not aware of the outbreak.

Twenty-eight-year-old caregiver Lesego Latola is one of those who did not understand the disease prior to the awareness campaign. “So far I understand (what is being explained),” she said. “Initially I didn’t understand what this was all about. I only heard that lots of people had died from this listeriosis, but now I have an idea what it is and how I can guard against it. I will spread the word to others as I also work closely with communities,” Latola said.

Asked how people were responding to the awareness campaign, one of the listeriosis educators said: “People are not aware of the disease, but they are very eager to know. Disseminating the information has looked very productive so far,” she said.

The fight against listeriosis is not without challenges. According to Phalatse, some of the biggest challenges include the huge volume of samples, which results in a backlog. The other main challenge is the unavailability of professionals to conduct analysis.

Asked if the nation should be scared, Phalatse said: “We shouldn’t be scared. Listeriosis is a treatable and preventable disease. I plead with the nation to heed the awareness that has been rolled out.”

However, she acknowledged that the department was “very concerned”. “We are very concerned because the disease is so easy to ignore,” she said. “That is our main concern, and that is why we are consulting with residents.”

In over a year since the first laboratory confirmed cases in January 2017, little progress has been made in determining the initial cause of the outbreak.

However, while various samples undergo analysis to determine the cause, officials are convinced that a much stronger message needs to be communicated in order to prevent further fatalities. DM

Photo: A method for detecting listeriosis in food products in Chile. Photo: Flickr