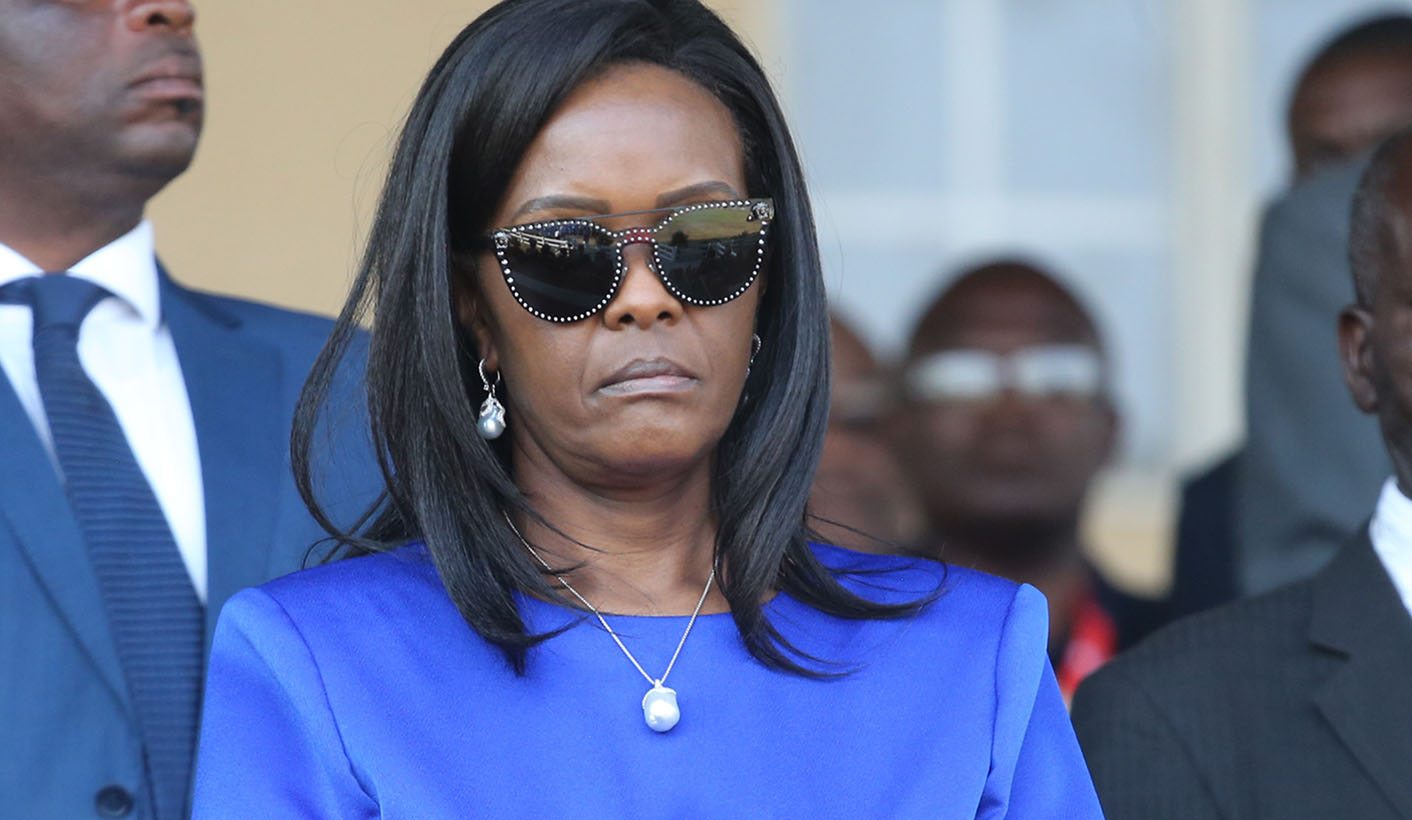 Grace Mugabe was conferred with a Doctor of Philosophy Degree in September 2014, two months after enrolling at University of Zimbabwe. Her thesis was only published last month, four years after she graduated. Now UZ’s Vice Chancellor and her academic supervisor have been questioned by the anti-corruption unit. By SALLY NYAKANYANGA.

Traditional wisdom has it that there is no magic bullet for violating academic procedure. It seems that adage did not come to mind, however, in the awarding of a doctorate to former First Lady Grace Mugabe in 2014 by the University of Zimbabwe (UZ).

As the anti-corruption unit, Zimbabwe Anti-Corruption Commission (ZACC) launches an investigation into the awarding of a Doctor of Philosophy Degree to Grace Mugabe, it has dawned on university authorities under probe a little late in the day that indeed, there is no magic bullet.

Amid protestations by various civic groups in the country and the UZ Sociology Department that Mugabe had flaunted procedure, the authorities were not moved. However, tables have turned as UZ Vice-Chancellor, Professor Levi Nyagura and Professor Claude Mararike, who is fingered as Mugabe’s academic supervisor, have been questioned by the anti-corruption unit.

Professor Nyagura stood in the dock at a Harare Magistrate Court on Saturday to answer allegations of abuse of office. The charges arose from the Doctor of Philosophy Degree which he allegedly unlawfully conferred to former first lady Grace Mugabe.

Allegations levelled against Professor Nyagura are that he non-procedurally recommended the conferment of a Doctor of Philosophy Degree on Mugabe without the approval of or consultation with the University Council and Senate Committee. He was released on $200 bail on Saturday and is expected back in court on March 5.

University lecturer in the Sociology department, Professor Claude Mararike, is also under probe on the same allegations. ZACC spokesperson Phyllis Chikundura confirmed these developments to the state paper Herald.

“He (Mararike) is under investigation and he faces arrest once investigations have been complete,” says Chikundura.

Mugabe was conferred with a Doctor of Philosophy Degree in September 2014, two months after enrolling at University of Zimbabwe, ironically, the country’s oldest institution of higher learning. Her thesis was only published last month, four years after she graduated. Later Professor Nyagura conferred the degree without approval of the University Council and the Senate Committee according to the rules, procedures and regulations.

Dr Wilbert Sadomba, a senior lecturer at the department of Sociology insisted that as a department they felt strongly that the degree be rescinded on the grounds as it was improperly awarded.

“His (Vice-Chancellor Prof Nyagura’s) reaction was to threaten dismissal of the whole department and began a witch-hunt determined to find any case against academic staff at the department through questioning their academic credentials and mentioning our possible dismissal in senate meetings,” Dr Sadomba said.

“I did not take Nyagura’s action as mere empty threats, as in his own words once dismissed a whole department before and I feel he was going to disband our department,” Dr Sadomba said.

“The fact that the University Council recommended for the post-retirement reappointment of Nyagura for two years is titillating, considering issues raised at UZ,” Dr Sadomba said

Cyprian Muketiwa, a media and political analyst noted that the extension of Nyagura’s term of office as Vice Chancellor by Zimbabwean President Emmerson Mnangagwa was in line with the university governing board recommendations.

“Although the president was most probably aware of the procedural violations in the awarding of the PhD, he extended the tenure of the Vice Chancellor in line with University Council recommendations. He presumed the Vice- Chancellor innocent until proven otherwise by a court of law, thus the president was not pre-emptive,” says Muketiwa.

However, Kirk Helliker, Research Professor Sociology Department at Rhodes University said there was no space for the lecturers to raise the issue as Mugabe was ascending politically during the time of the conferment.

“The fall of (Robert)Mugabe opened the door and gave hope such that the department lecturers freely challenged the degree,” said Helliker.

It is expected that Mnangagwa would act upon such corrupt activities. Though no substantive convictions has been recorded to date, apart from a few prosecutions of largely rival political faction known as Generation-40 members.

“It is one of the many cases we will use as yardstick for measuring ED commitment to eradicating corruption,” says Muketiwa.

“The president is on record saying corruption is the country’s number one vice, here is a prima facie case of corruption let’s see whether there really are no sacred cows!”

“It’s important we protect the integrity of academic institutions, Grace’s thesis was weak theoretically and falls of the mark of the minimum standard for a PhD. The fact that there were no examiners reports definitely will compromise the integrity of the institution,” Helliker said.

Professor Nyagura was appointed UZ Vice-Chancellor in 2003 and has served the institution since then, while Professor Mararike, a former broadcaster with radio and television state stations in Zimbabwe is a long-serving lecturer at UZ and is a lecturer in rural development in the department of sociology at UZ. DM

Photo: Former Zimbabwean first lady Grace Mugabe (C) attends the 107th edition of the Harare Agricultural Show in Harare, Zimbabwe, 25 August 2017 (reissued 09 January 2018). Media reports on 09 January 2018 state that Zimbabwe’s anti-corruption agency is investigating whether Grace Mugabe fraudulently obtained a doctorate after lecturers at the University of Zimbabwe called for her PhD awarded in 2014 to be investigated. She allegedly received the PhD in months despite doctorates normally needing years of research. EPA-EFE/AARON UFUMELI