Op-Ed: The Islamic State challenge – from the front line to a shadow international terror organisation 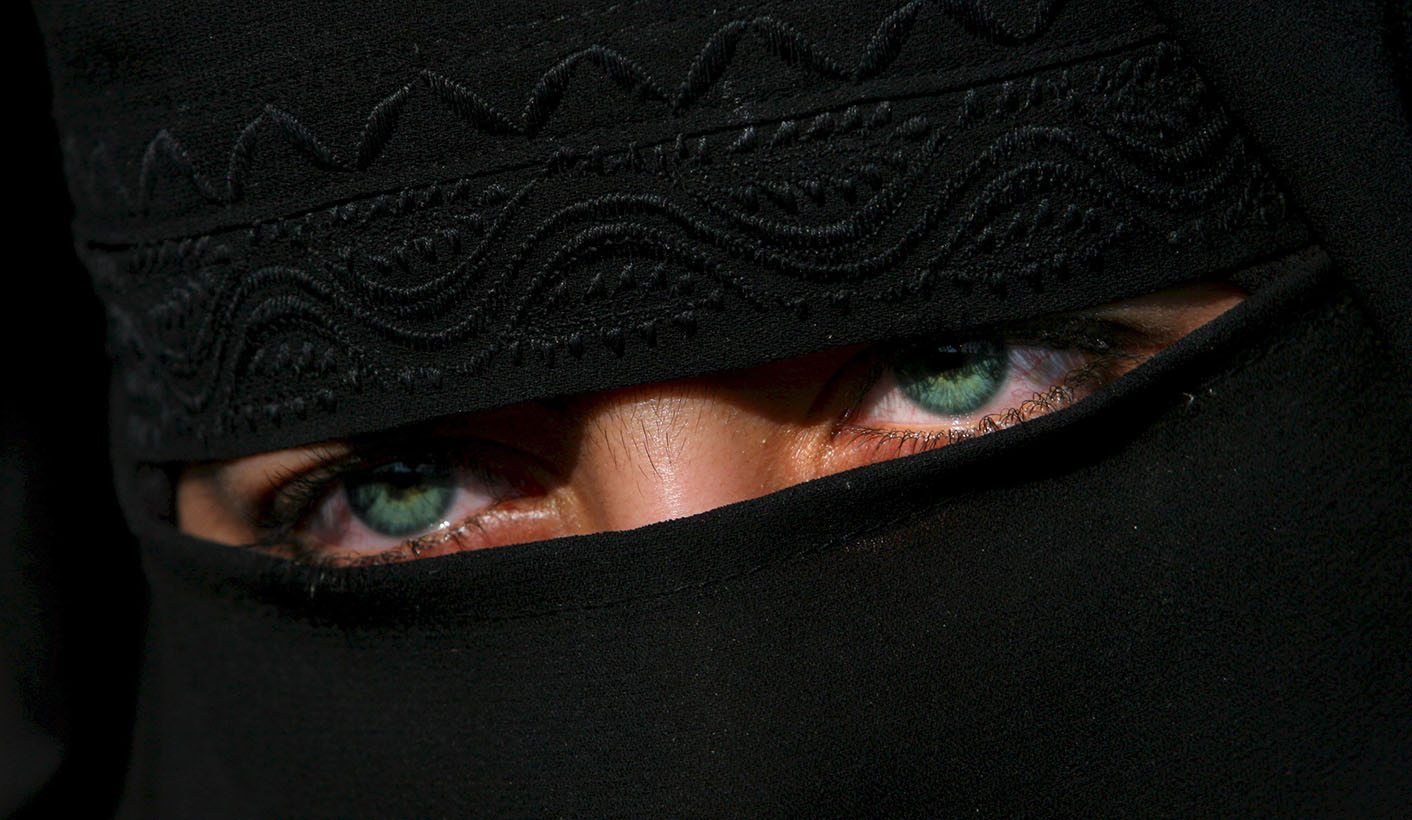 The Caliphate’s implosion has left the Islamic State without the luxury of a “state” from where they could project a sense of uncontested power. How the Islamic State adjusts to challenges without a Caliphate will determine its immediate future as an international terror organisation. JASMINE OPPERMAN argues that it’s a categorical mistake to think that its complete demise is imminent.

Islamic State propaganda is in flux, with private labels and fanboys dominating the Islamic State narrative, through self-created posters calling for attacks against the US and Europe. However, the evolutionary phase of the Islamic State cannot be dismissed as mere entertainment. The sheer amount of fanboy postings is set to influence and even advise those willing to execute attacks.

On 6 February 2018, Islamic State released the fourth instalment of And We See It Soon (with English subtitles) featuring an Islamic State attack on the outskirts of Paris, complete with execution sequence and the use of the Paris tunnel system to stage a surprise assault.

The video purports to be a “cinematic film about the invasion of the Islamic State of the capital of Degeneracy”.

In comparison to the earlier releases from Abdullah al-Faqeer Media House (AF), part four is a notable improvement from parts 1, 2, and 3. Perhaps the most interesting upgrade is the use of actors re-enacting scenes of taking over Paris.

As a Terrorism, Research and Analysis Consortium (TRAC) contact noted:

“The big take away is not so much where they shot it, but their continued ability to get quality DVD material and use it. It’s not surprising, over the last few months codes have been out in the open – sending screeners or vimeo codes to actors, writers, directors voting for the 2018 Academy Awards. This is a big economic issue in the movie industry because all these open DVD or code(s) are sold on the black market and all of sudden the millions spent to distribute the film is for naught.”

Following the demise of the Caliphate, the Islamic State has fallen back on tried and true asymmetrical warfare tactics in areas of presence such as Syria and Iraq, Afghanistan/Pakistan, Sinai, Libya, Philippines, North-east Nigeria/Niger and Somalia. Claiming these attacks outside the main areas of operations in Iraq and Syria serves as ultimate distraction from the loss of the Caliphate and maintains a perception of undeterred international presence.

According to TRAC’s count of attacks for the period May to August 2017, more than 200 attacks in just over 100 days were claimed outside ash Sham (Islamic State of Iraq, ISIS or ISIL). These claims, however, do not reflect actual capacity but an aspiration of controlled presence.

Numbers remain limited and attacks range from targeted assassinations to co-ordinated assault teams, a far cry from traditional jihadist franchise attacks. In Africa, the Islamic State footprint is struggling to expand due to an established and deep historical presence of al-Qaeda for example in Somalia, Tunisia, Algeria and Mali.

The Role of Women

In the Caliphate heyday, IS official policy towards women under their rule was one of nation building, supportive of their husbands and families. Although IS has used women in battle in Kenya, Libya and Nigeria, it never really acknowledged their contributions, barring one claim from three female suicide bombers Kenya way back in September 2016.

TRAC has documented Islamic State’s female population across many nations since its inception, but until February 2018, the Islamic State has always maintained that the active role of women in attacks can be justified when the situation is dire enough and required such participation.

On 7 February 2018, the Islamic State’s al Hayat media centre released a propaganda video titled Inside the Khilafah 7. Most notably the video features a burka-clad woman fighting on the battlefield. This would be the first-ever official record of Islamic State females on the battlefront. However, it should be noted that only one woman was seen firing a weapon and only two women were seen riding in a truck away from battle – it is an indication of something new.

On 2 February 2014, the then Islamic State of Iraq and ash Sham announced the formation of al-Khansaa, a female brigade, with the purpose of exposing male activists who disguise in women’s clothing to avoid detention when stopping at the IS checkpoints. The brigade was never meant for engagements in acts of terror, but rather Khansaa was a female Hisba (religious police) unit that policed only female residents of the Caliphate.

With the announcement of the Islamic Caliphate in June 2014, the role of females as continuation of the jihad history is noteworthy. The extensive use of social networks by IS to lure Western women into the centrefold of the Islamic Caliphate, in which the role of the female jihadist was romanticised, was central to the growth of the female Hijrah (travellers for jihad). Since the implosion of the Caliphate, there has been a noticeable trend of women, often with children, wanting to return to their countries of origin. If allowed to return, these women are unlikely to engage in acts of terror for the mere fact that they are known to law and order agencies.

Which begs the question, why show women now?

For years Islamic State’s hard line has been that women live a sedentary lifestyle involving home, husband and children. If they were to suddenly start claiming attacks in ash Sham from women, they would look like hypocrites to the fan base. It’s certainly not to subtly tell the fan base that IS has become desperate enough to use our most valued possession in war.

The use of women in the video also signals the Islamic State’s evolution following the implosion of the Caliphate, where a “nation-building” project required women to play a specific role. As an international terror organisation it necessitates attacks, it needs followers to note its continued commitment and ability to execute attacks and most important, it needs new recruits.

So to release Inside 7 with females on the battlefield is preparation for a bigger idea, a grander plan, to set the stage for future attacks. However, by cleverly inserting them at the end in tiny sections of a much longer video, they can now justify any claim of an attack by a woman without outraging the fan base. Moreover, the female fan base has been delicately asking for a larger role in hastening the perceived IS Armageddon – from posting selfie images of firearms training to messages that they too “lay in wait”. Inside 7 gives a wink and a nod to that audience.

Since the implosion of the Caliphate, unofficial Islamic State Telegram channels by fanatics have been filling the gap left by the crippled Islamic State media machine by spreading home-made propaganda posters calling for attacks against the West. A clear indication that without the luxury of the Caliphate’s guidance and direction, acts of terror has diminished, leaving a reliance on inspired attacks, irrespective of whether the executioners are male or female.

The Islamic State cannot simply rely on current fan-made and private label propaganda material, nor will official propaganda showing small-scale attacks by understaffed units, checkpoints and hisbah activities appease the fans hungry for blood. Even with the success of asymmetrical warfare tactics, for example in the Pacific Rim, the fan base and potential new recruits will demand more international attacks.

For Islamic State to stand up against al-Qaeda in the crowded jihadi recruitment community, its continued transnational attack pace needs to speed up. Equally, what is left of Islamic State’s Committee for Emigration and Logistics (aka Amniyat/ Emni) knows this as well and certainly has a contingency plan in place.

The use of women in Syria and Iraq in armed assaults and suicide bombings is not a given following the video. The video is more a two-tier propaganda message: to Wilayahs, a message of approval in using women, and second, a hope for inspired attacks by women in the West.

The video presents a harsh reality faced by the Islamic State. The terror group is in flux, it demands adjustments and rethinking of tactics and strategies: it will either adjust to these realities or pale into insignificance. DM