Competition Commission: Black entrepreneur dared to challenge Airlink’s monopoly to Mthatha – then she was booted out 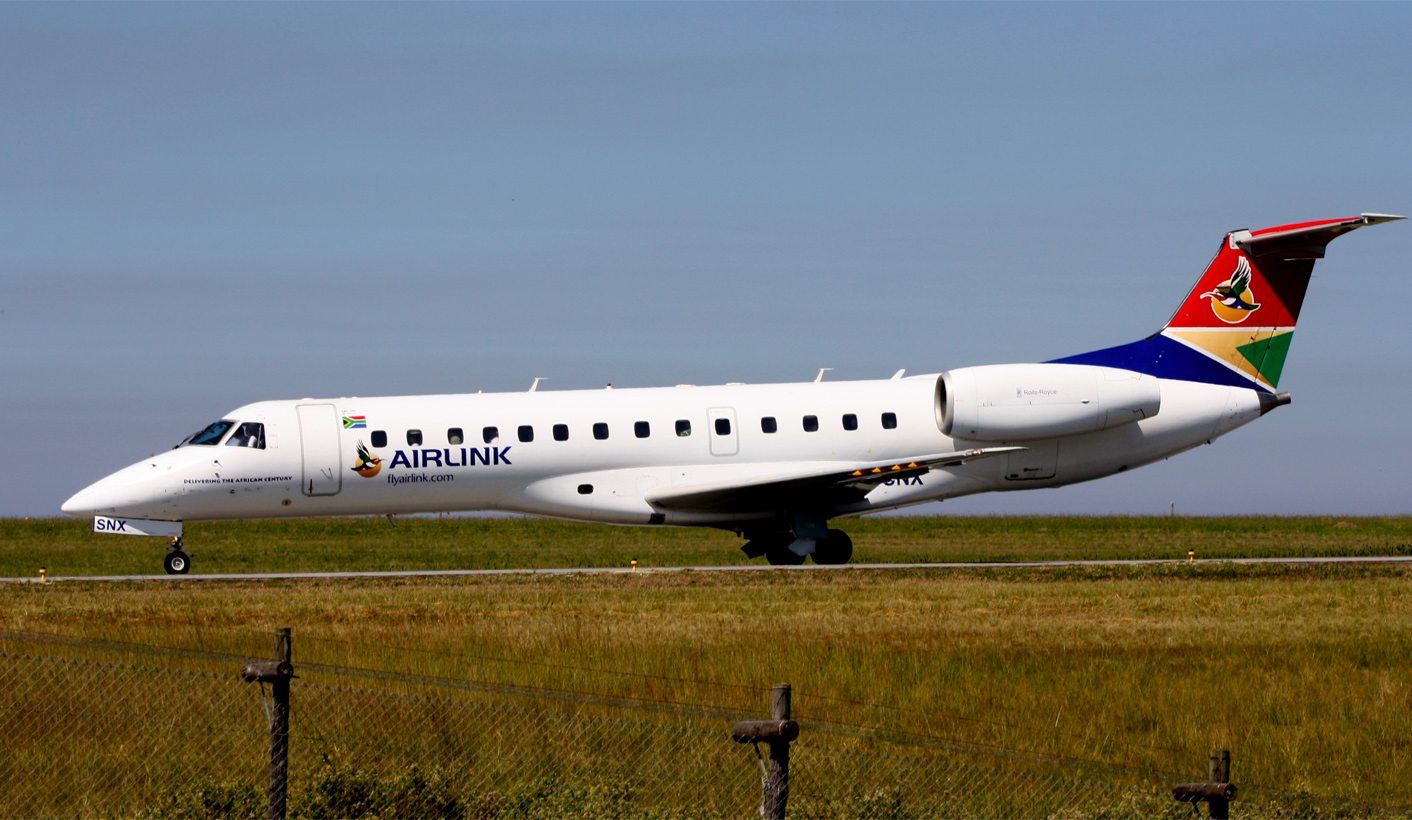 Eliot Mokoena wanted to fly to the Eastern Cape this week for his brother in-law’s funeral. Instead, he has to drive. He checked flight prices to East London, Port Elizabeth and Mthatha, which would cost him at least R8,000 for him and his wife, he said. Driving might be “gruelling” but it will only cost a full tank of petrol to get to his destination.

“The Mthatha route is just ridiculous,” he said.

Siza Mzimela’s Fly Blue Crane was meant to change that. Launched in 2015, the first airline owned by a South African black woman saw prices drastically reduce on the Johannesburg-Mthatha route. The regional airline closed in 2017, in part, according to the Competition Commission, due to SA Airlink’s predatory pricing.

The case, one of a number of high-profile investigations into collusion and price manipulation led recently by the commission, illustrates how established companies such as Airlink continue to stifle transformation, harm consumers, and limit economic growth.

The Competition Commission has referred Airlink, a privately owned regional airline with 55,000 annual flights to 37 destinations, to the Competition Tribunal for predatory and excessive pricing on its Johannesburg-Mthatha route. In a statement last week, the commission said Airlink had abused its dominance between 2012 and 2016 by charging consumers excessive prices, costing them between R89-million and R108-million, potentially limiting Mthatha’s economic growth.

Fly Blue Crane started operating on the route in 2016, offering one-way flights from Joburg to Mthatha for R799, compared to a return ticket from Airlink for around R4,000. Airlink, which previously had a monopoly on the route, then slashed its return-ticket cost to R2,000.

“The airline engaged in predatory pricing in that it priced below its average variable costs and average avoidable costs for some of its flights,” said the Competition Commission. “The predatory pricing conduct of SA Airlink contributed to the exit of Fly Blue Crane, their only competitor at the time on the Johannesburg-Mthatha route.” The commission recommended its harshest penalty, a fine of 10% of Airlink’s annual turnover.

Mzimela’s launch of Fly Blue Crane was met with excitement. The former South African Airways CEO is a black, female industrialist and was challenging the white, male establishment and planned to offer affordable flights within the southern African region. A year after its launch, Fly Blue Crane went into business rescue.

Travellers have long complained about the cost of Airlink’s Johannesburg-Mthatha flights, with many being forced to take a bus, drive or fly to East London and then travel to Mthatha. The Competition Commission’s investigation stemmed from complaints by Fly Blue Crane, businessman Khwezi Tiya and the OR Tambo District Chamber of Business.

After Airlink dropped its prices, the chamber complained:

“To us this means we have been exploited in this region for many years by SA Airlink, being charged exorbitant prices for airfares, while in fact they knew that the real price was less than R2,000 but they were charging more than R4,000 all these years for return tickets.”

“We deny the allegations and welcome the opportunity to put our case before the Competition Tribunal so that the matter can be put to rest,” said Airlink CEO and managing director Rodger Foster last week. “We are confident our conduct has been and remains in full compliance with competition rules and the law.”

“I think it leaves a sour taste,” said Mokoena on the Competition Commission’s findings against Airlink. “There is no competition any more.”

Fly Blue Crane appeared to struggle with capital issues, and Guy Leitch, editor of SA Flyer magazine, said that although it had experienced people in management and it is, in theory, easy to start an airline, start-ups can struggle with regulatory hurdles and issues such as guarantees for fuel requirements. A number of low-cost SA airlines have either struggled to get off the ground or, like 1Time, closed after launching and operating for number of years.

But Leitch said he could not argue with the Competition Commission’s findings. “The facts seem to speak for themselves. The route seems to be popular and working well for Airlink.” So “the sky should have been big enough for both of them”, he said.

Thando Vilakazi, a senior economist at the Centre for Competition, Regulation and Economic Development, and a former employee at the Competition Commission, said such cases are particularly important in South Africa where black industrialists are trying to gain a foothold in markets they have previously been excluded from.

“These cases demonstrate that incumbent companies can and do use their market position to undermine rivals by raising barriers to entry and through anti-competitive conduct which raises the costs of entrants and rivals,” he said.

“This, unfortunately, has been the fate of many potential ‘black industrialists’ and rivals that have tried to enter and compete in different economic sectors, and anti-competitive behaviour directly undermines the national objectives of increasing black participation in particular, further entrenching the position of ‘insider’ companies.”

He said anti-competitive behaviour is dire for South Africa’s economy. In the case between SA Airlink and Fly Blue Crane, Mthatha’s tourism would suffer and local businesses will struggle to expand their geographical reach. Predatory pricing leads to short-term consumer savings, but long-term losses.

“That means consumers pay more, tourism suffers and in the long term there is continued dominance by SA Airlink and related entities that we know have an extensive history of anti-competitive conduct. This behaviour is not in line with the vision of a meaningfully inclusive, dynamic, and innovative economy that we hope to see in South Africa,” said Vilakazi. The Centre for Competition, Regulation and Economic Development’s studies have shown the benefits consumers derive from new entrants in the airline industry.

Mnoneleli Ntshauzana booked a flight with Fly Blue Crane around February 2017. Flights were cancelled as the company went into business rescue and he lost around R2,000 he had spent on the flight. He is still angry with the airline, which has since closed, as he never received a refund. “I kept following up with them with no success. I got some replies but nothing concrete.” The Competition Commission case, however, might suggest there were greater forces at play.

Bulelani Cornelius Mfaco, who regularly travels home to Mthatha, said the revelations are worrying. “It’s upsetting to learn that the prices were manipulated and especially in a busy destination like Mthatha. The town was the capital of the former Transkei and is thus the economic hub for most neighbouring small towns.

“To think that the number of road deaths during the festive season could be brought down by opening up the skies to more working-class people and this wasn’t done, just to enrich a few business people? It’s very upsetting.”

Vilakazi said that while fining Airlink 10% of its annual turnover would be significant, international studies show that penalties in such cases amount to less than the harm caused and do not serve as compensation for the damage done. He said, however, that consumers and rival companies can and should still pursue claims for violations of the law. DM