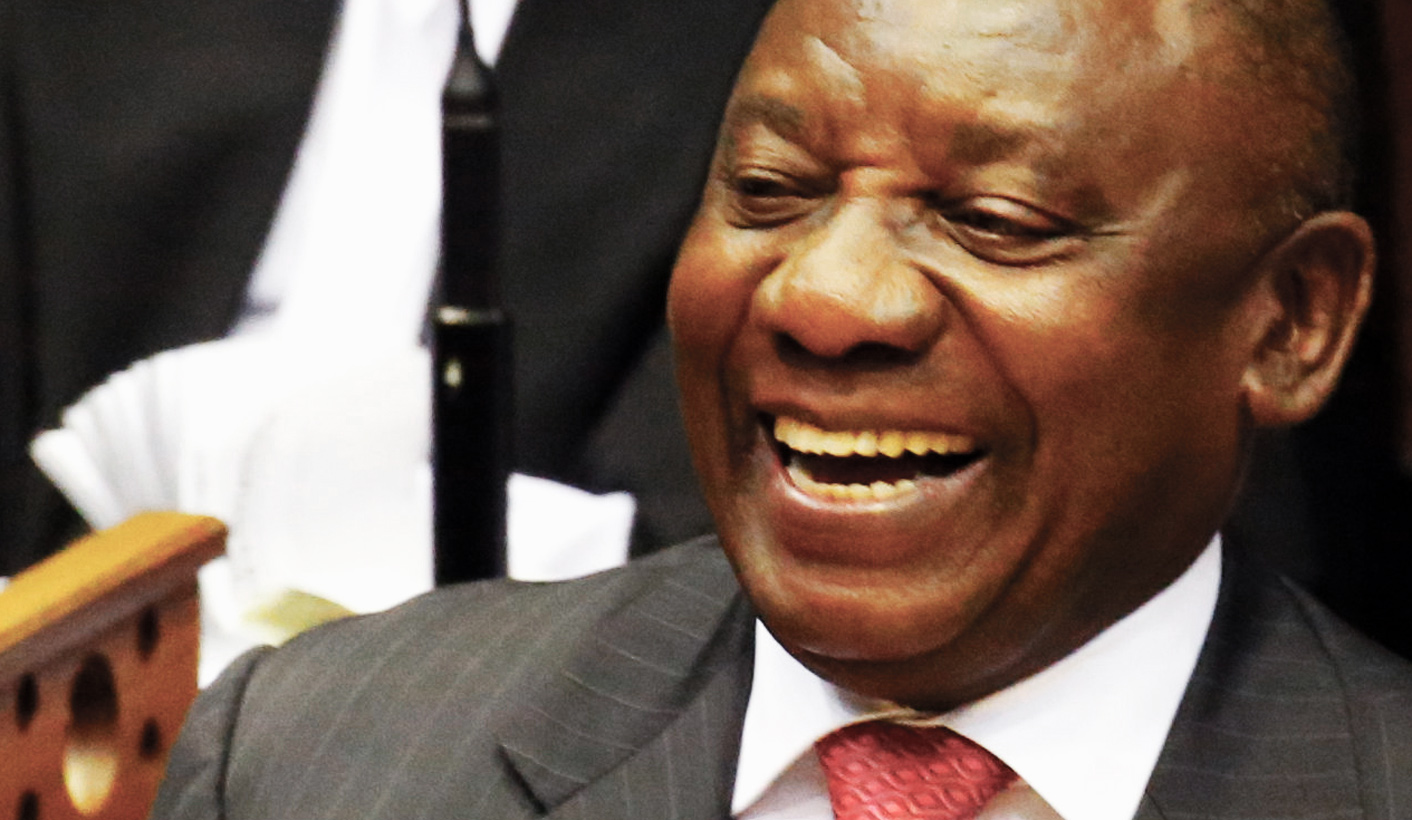 The short-term consequences of Cyril Ramaphosa’s ascension to the presidency are to many exciting and enlivening. It’s well known that a major Cabinet reshuffle is imminent; it should signal the end of people like Mosebenzi Zwane, Bathabile Dlamini, Des van Rooyen, Faith Muthambi, Lynne Brown, and possibly more. The first short-term policy changes are likely to be around the economy, with Ramaphosa’s promise of several summits, and processes designed to bring different constituencies together. These processes could see people being locked into processes and thus their outcomes. But the longer-term changes in our politics could turn out to be more important in the longer run. By STEPHEN GROOTES.

For the last few years there has been a process under way where the extremes have come to lead our politics, and actually dominate certain issues. How often have you heard the EFF and AfriForum arguing with each other on the radio, while the middle ground, the ANC and the DA, or other people in society, have simply been silent or ignored. With his appeals to identity politics, Jacob Zuma’s government pushed this process of deepening disagreements, especially between races.

But we are now likely to see a process where much of our politics is in fact carried out in the middle ground. You see this already, in the way that Julius Malema has had to change tack so quickly. After spectacularly misjudging the national mood during the parliamentary election of Ramaphosa, he had to sit quietly and applaud him on Friday night. In a country with such gapping divisions, this is an important process. It will mean that those who seek to succeed politically through division, as Zuma did, will now have greater difficulties in sowing discord. Almost more important, the processes which Ramaphosa is likely to start will have legitimacy. And once people are locked into those processes, they will have to publicly respect their outcomes. Overall, that should lead to less tension in society, and greater legitimacy for government as a whole.

Within our racialised politics, there is a sort of sub dynamic to this. While it is impossible to know for sure, it seems that some white people did vote for the ANC in 1994, and in 1999. The results of 2004 suggest that the party could also count on some white support as well. But in 2009, Zuma’s first election as president, this changed. White people appeared to move completely to the DA. At the time, Zuma was a bogeyman for opposition parties; the DA famously had a poster screaming “Stop Zuma”. It appears that many Indian people joined them, while some coloured voters also followed.

This process accelerated in 2014, with support for the DA increasing in the suburbs, while black urban voters started to move across too. But the real change was in the 2016 local elections, where turnout in the suburbs appeared to jump. White people were queuing up to vote against Zuma. At the same time, it appears some white people would also have used Zuma’s corruption as a mechanism to justify what prejudice they may have had against a black government. To perhaps oversimplify, they used Zuma to justify their racism.

But Ramaphosa’s speech on Friday is likely to have been watched by many white people with a sense of hope, pride and relief. They may feel that Ramaphosa is going to govern for the interests of the entire country, and that they are included in this, once again cared for by the person in charge. In other words, Ramaphosa has reclaimed legitimacy with this constituency. As a result, they may be drawn back into formal politics, and through that process become less extreme.

However, there is also the possibility of another dynamic that may emerge over the next year or so. Over the past four or five years, big debates within the middle class have been overshadowed by Zuma’s presence. In offices, white and black workers who disagree on whether their company is structurally racist, or if the board is too white, have been united in their antipathy towards the president. It would have been very easy for middle-class white people and black people to argue and then move to the subject of Zuma so as to come back to common ground. A crude example would be that the arguments about racism sparked by something like the Penny Sparrow incident would end when Zuma committed an action opposed by both black and white people in the middle class. This mechanism no longer exists. Which means some of the divisions within the middle class around race and intra-class differences may now start to come to the fore.

This is not necessarily a bad thing, especially now that the ANC appears to have legitimacy again. One of the problems with arguments about racism is that there was no one to mediate the discussion. For many white people this has meant that they have been faced with the legitimate anger of black people, with no mediator in the discussion. As a result, they have simply not participated in the same discussion, leaving it only to the extremes such as AfriForum. Now the ANC can be a mediator again; it will have the ability to lead this conversation in a way which could well prove to be constructive.

Allied with the re-legitimisation of government should be a process whereby the country is simply governed better. This is not just through slimming down and cutting ministries and the perks of ministers, although that is a quick and welcome exercise. It is also through creating stability. It is well known that the average length of tenure for directors-general is only about two years. The Government Communication and Information Service (GCIS) has not had a permanent head for seven years. You heard it right, seven years. The last official permanent spokesperson for this government was Mzwanele Manyi. And that tells you everything you need to know about governance under Zuma.

Fixing many of the problems in government is actually pretty low-hanging fruit; it’s not difficult to appoint people to permanent positions. You just simply have to do it.

But in the end, the success or failure of the Ramaphosa administration is going to depend on one question only:

Will his policies and his governance improve and grow the economy, and thus create jobs, creating the virtuous circle we need to get out of our currently vicious circle?

International investors certainly seem to think so. In their relentless search for yield, for places where they can put money to get a substantial return over a predetermined period, they appear to have decided that South Africa is hot right now. Some are using the phrase “multi-year inflection point”. In other words, they’re asking if this is the turning point that could see South Africa pull out of the economic dive and grow strongly for the next decade. If that is the case, for them, the earlier they get in, the more money they will make.

In the shorter term, this capital inflow will make a difference. Ramaphosa’s presumed changes to mining policy, the binning of Zwane’s Mining Charter and the resumption of Mbeki-era policies should steady the ship and bring the plane out of the nosedive (to mix metaphors).

But the longer term could present bigger problems. Growing an economy like this one is a headache. From his SONA speech Ramaphosa already seems to see mining, agriculture and tourism as the main possible drivers of this, along with a huge focus on helping small businesses. Changes to the global economy mean that it needs to be a priority to prepare South Africans for meaningful participation in the information age, where people make money sitting with their iPads in coffee shops. This is hard to do when life for many people, particularly in rural areas, has not improved substantially since the end of apartheid.

In the end, this will only happen if key constituencies in our economy are drawn into the process and then locked into the results. It is also a process that requires compromises, which means the real deal could be hammered out in a smoke-filled room somewhere.

All of the decisions and processes that Ramaphosa will lead are difficult and complex. But they are very different to the conversations South Africa was having just two weeks ago. And that alone tells you how much hope there now is in our country. DM