Black Panther: Shining a light onto Africans’ self-belief and aspirations 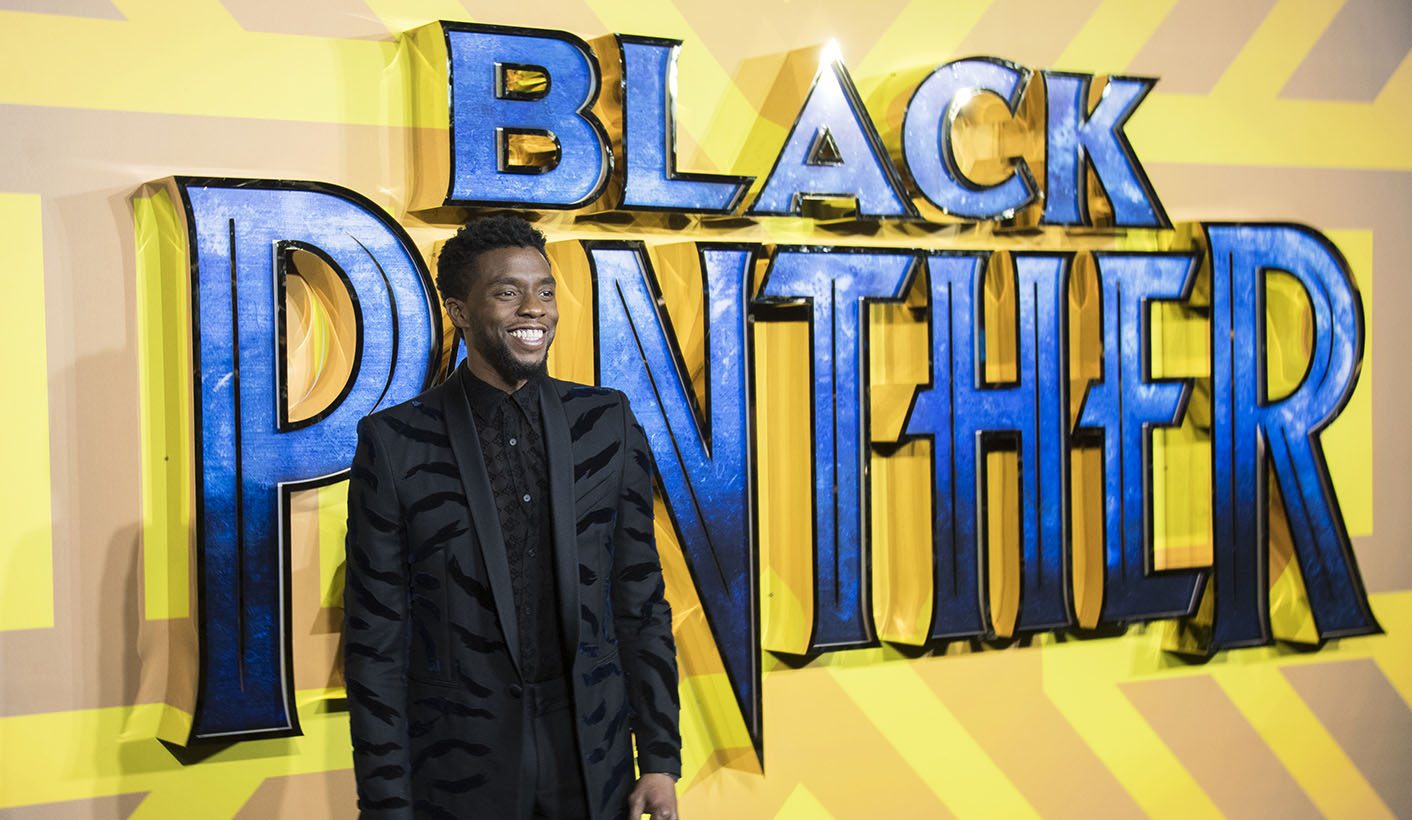 Black Panther shines a bright light to a continent finding its way in the dark. By NKATEKO MABASA.

Genuine and enduring revolutions might not be the big cataclysmic event that we might expect. The movie Black Panther has brought a protest film to the continent. It seems also that though life may be long and wearisome, there is justice and therefore there must be hope, which the film so brilliantly portrays, with such terrifying euphoria, that one would scarcely believe it is true.

Marvel Cinematic Universe brings to the screen a much anticipated movie about a black superhero, with a mostly black cast, set in a technologically advanced city in Africa. It is the making of a hit blockbuster which has garnered widespread and substantial support that has caused it to break pre-sale box office records, making it the only movie outside the Star Wars series to earn the most in pre-sales.

When marvel studios gave the director job to Ryan Coogler, it was set to be a cultural phenomenon after he gained much acclaim for writing and directing the movie Creed, a spin-off from the Rocky Balboa movie series. Coogler co-wrote the Black Panther film with Joe Robert Cole (who wrote the hit series The People vs. O.J Simpson: American Crime Story).

Their vision of an African superhero attracted talent from Academy Award winner Lupita Nyong’o to Michael B. Jordan and the lead, Chadwick Boseman. In a true spirit of authenticity and inclusiveness the film incorporates African culture, spirituality as well as its artists from across the continent.

South Africa’s John Kani returns to his role as T’chaka, the King of Wakanda and father of the Black Panther, after his first appearance in Captain America: Civil War. Connie Chiume joins the team as part of the king’s council and elder of the mining tribe. Atandwa Kani, John Kani’s actor son, gives a remarkable and noteworthy performance as the young King T’Chaka in his prime.

House hits like Babes Wodumo’s Wololo and Bhizer’s Gobisiqolo were included as part of the movie’s soundtrack. It could only be in Wakanda, the fictional African country that has not been affected by colonisation, that such a phenomenon – where the focal point is black and its gaze of the world is black – is possible.

Danai Gurira, who plays Okoye, the head of the Dora Milaje (an all-female Special Forces and kings guard), called it “a labour of love” at its South African premier held at Montecasino. “A real passionate commitment to telling the story of authenticity and respect to the continent, to celebrating our various cultures and African languages. An African portrayal from an African perspective on this scale, which really has never happened,” she said.

Gurira is also a screenwriter who has had two of her theatre plays on Broadway at the same time – Familiar and Eclipse. Her play Eclipse is about five African women who were made slave wives during the Liberian civil war. She believes this movie, just like her female-focused play, breaks the stereotype of women who need saving. “There is more to women than those usual tropes,” she said.

The movie does not shy away from politics and makes intentional efforts to centre them as an essential part of the story. Certainly, to these filmmakers, art is not for its own sake but has a purpose. From the cinematography to the acting, it is an exceptional and considered undertaking done with panache.

“The film so brilliantly represents a myriad of perspectives and arguments. For the first time, in this film the villain is so empathetic and you actually really see his point of view and it creates a real dilemma in the viewer and (will) hopefully spark a robust conversation,” said Lupita Nyong’o at the Montecasino premiere.

A more impressive feature of the film is its depiction of Wakanda. The afro-futuristic and technologically advanced country is infused with African culture and fashion. It’s a place that has never known Western hegemonic cultural imperialism. The scenes are unlike anything we have seen in sci-fi or superhero movies. It attempts to inspire a new generation to consider what the continent might have looked like and could very well still look like without colonisation.

Audiences were moved to tears by the respect and dedication and sensitivity with which Africa and its customs and its people were displayed. “That is Wakanda,” said Connie Chiume, “… it is a civilised and advanced country which represents the expertise and experiences of people, including women.”

South Africans attended opening night in cinemas across the country on Friday, otherwise designated as Wakanda Day, with traditional inspired attire. A mix of the old and modern. A reinvention of Africa’s image of itself. It is an inexplicable feeling to sit in a cinema and watch a Hollywood big budget film and see yourself represented. There on screen, you see yourself as you have always know and not through the viewpoint of others.

Furthermore, Ruth Carter, the gifted costume designer who was nominated for an Academy Award for her work in the movie Malcolm X, used various tribal attire to create stunning garb that suits this authentic African country. Audiences were treated to stunning and colourful Sotho blankets and attire from the Assai in Kenya. Atandwa Kani and dialect coach Beth McGuire taught the actors isiXhosa which was used as the official language in Wakanda.

Black Panther has been predicted to reach the first weekend sale record of $200-million which only five other movies have attained. This would make it the second marvel film to reach this mark after Avengers: Age of Ultron. This then says to Hollywood studios that films centred on black people are good for business and bring the returns of investment.

The significance that such a film offers is beyond just profit margins. Much like the movie Get Out, written and directed by Jordan Peele, it too has sparked debates about black struggles and inspired pride in a less celebrated African identity.

It positions Africans as a people in charge of their own destiny. A people who solve their own problems and who get to save the day. For blacks to constantly be exposed to films where they always need to be saved by another and depend on outside assistance, as the only option, weighs heavily on the African psyche when it contemplates its own agency and ability to affect the world.

However, John Kani warns that “we must not be over-ambitious”, adding, “This is Hollywood. And Hollywood is business.”

Although Nyong’o urges us that “Black Panther is certainly not the solution of all of our problems. But what it does do is give us a platform. It is a beginning of a really interesting conversation and a really interesting interaction that is made possible because it does honour all perspective.”

And the two perspectives in the film at odds are between two Wakandan groups of people who seek to solve their people’s suffering through different methods. One might say this speaks directly to the current political discussions on the continent and in the diaspora.

It is within this context that the action fit for a superhero comic book movie is set. Within the drama, the humour and political discussion, the film delivers gripping and often jaw-dropping action sequences.

As part of the bigger narrative of black pride, pan-Africanism and reinvention of the African identity, this movie plays a significant role in revolutionary consciousness. Africans are exposed to a vision of themselves which has only existed in the imagination.

Four hundred years of colonisation and slavery has conditioned a people to see themselves as the wretched that this world has to offer. The failure of independence has further plunged Africans into a deep cynicism about liberation and the attainment of that good life we all seek to have on this Earth.

In a post-colonial world where racism is institutional and often hidden, Black Panther shines a bright light onto a continent finding its way in the dark. DM