SONA 2018: Cyril Ramaphosa finally gets his moment and thanks Jacob Zuma 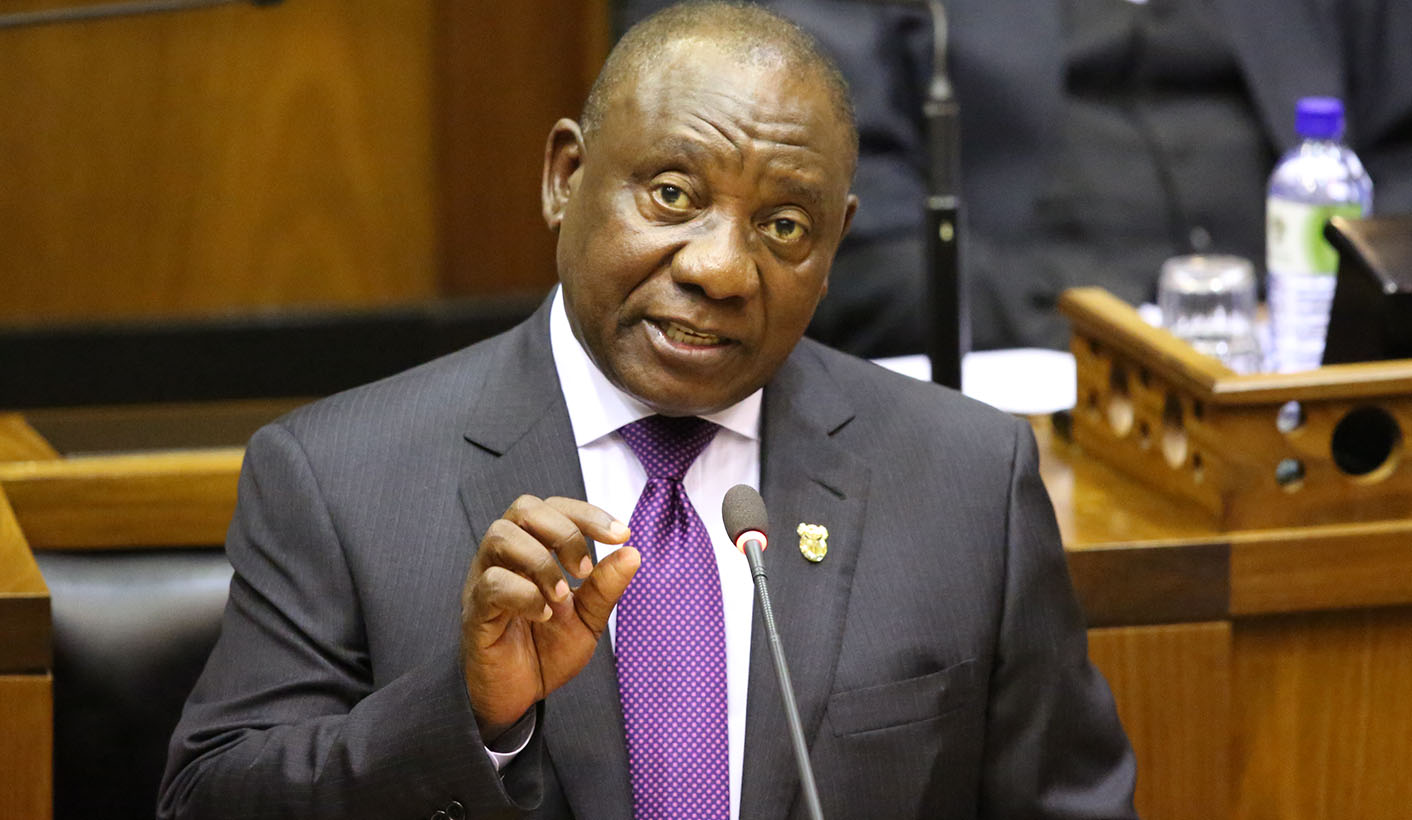 Friday evening was the culmination of weeks of struggle, confusion and conflict for Ramaphosa: a period from which he has emerged victorious. Finally, the state of the nation address was his to give – but not before a hat-tip to the man ejected from the presidential seat. By REBECCA DAVIS.

Though security was tight on the parliamentary precinct, inside the National Assembly the atmosphere was relaxed and jovial while MPs and guests waited for the state of the nation address to start. Even the EFF’s songs seemed more celebratory than usual. Politicians laughed and snapped selfies together to mark the donning of finery.

Before Cyril Ramaphosa entered the House, the biggest applause of the day was reserved for the arrival of Chief Justice Mogoeng Mogoeng, who received a standing ovation from across the political board.

Big-screen televisions beamed images to the National Assembly of Ramaphosa’s cavalcade making its way to Parliament – and the unusual sight of people lining the roads to wave to their new president.

MPs and guests quietened while they watched the footage of Ramaphosa’s 21-gun salute, and stood to attention for the playing of the national anthem. When the Afrikaans portion of the anthem – Die Stem – played, EFF MPs sat down in protest.

And so, when the fifth president of the democratic South Africa entered the House, even EFF MPs rose to their feet in applause.

When Speaker Baleka Mbete called upon Ramaphosa to deliver his address, the whole National Assembly took to their feet once again. It was as rare a display of cross-party support as we’ve seen for many years.

Ramaphosa began a list of elaborate thanks to dignitaries present – and then broke into laughter as he singled out “Honourable Malema” too. Malema laughed back. It was a moment that instantly dispelled the tension around the EFF’s history at the state of the nation address.

It didn’t take long for Ramaphosa to earn some boos – but even these were largely lighthearted and sparked by his mention of Jacob Zuma.

Ramaphosa’s insistence on expressing thanks to Zuma “for the manner in which he approached this very difficult and sensitive process [of transition]” won him groans and cries of derision.

These increased when Ramaphosa added: “I spoke to President Zuma yesterday and we exchanged wonderful pleasantries and he wished us well.” The new president had to raise his voice to make himself heard above the boos and laughter that accompanied this claim.

But the MPs settled down at once, as Ramaphosa progressed to deliver his first state of the nation address in earnest. At time of writing, he looked certain of the kind of attentive and receptive audience that Zuma could only dream of. DM

Photo: President Cyril Ramaphosa delivers his State of the Nation Address in the National Assembly on 16 February, 2018. Photo: Leila Dougan.