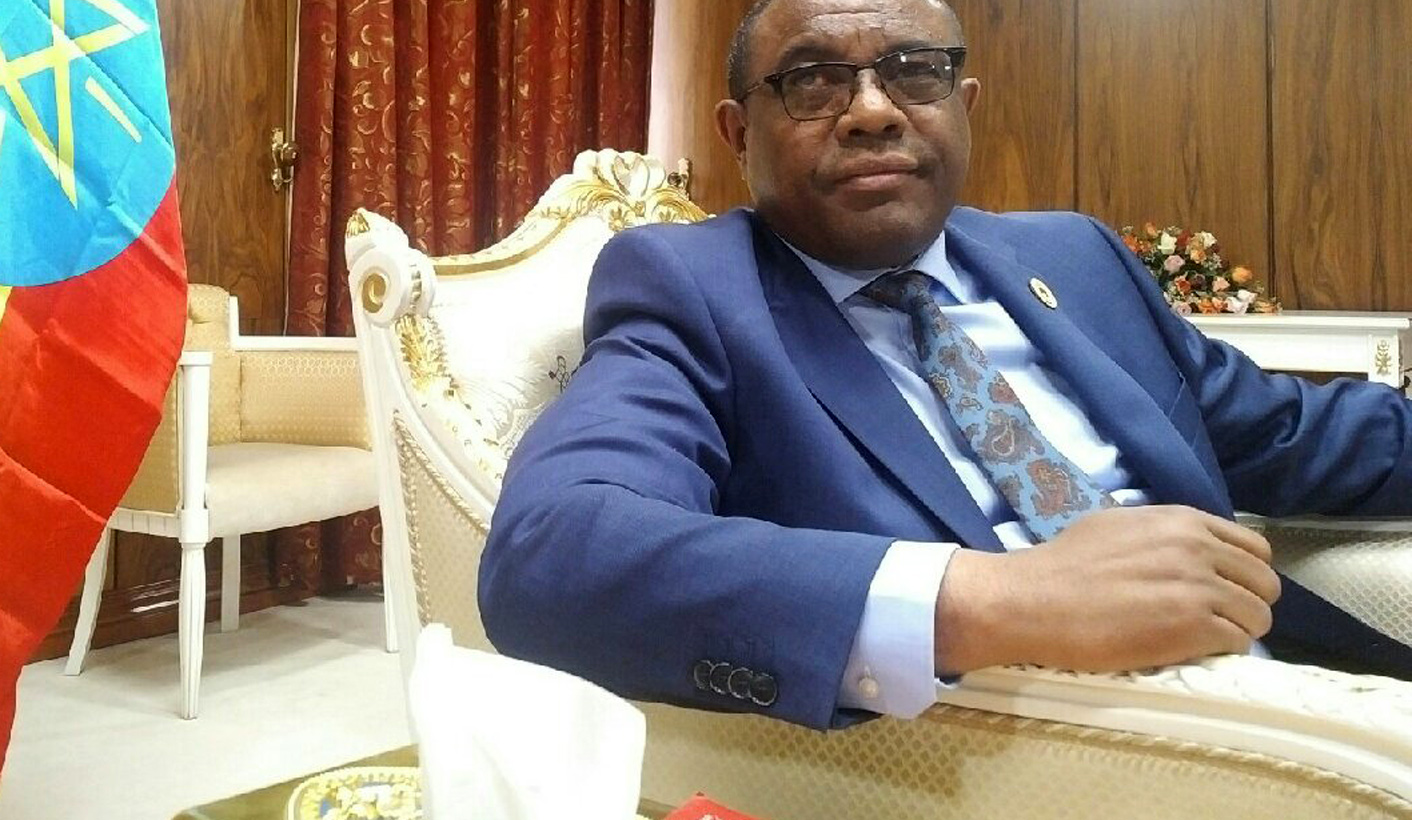 President Jacob Zuma’s resignation was, on Thursday, joined by that of another regional leader: Ethiopia’s Prime Minister Hailemariam Desalegn. In a televised address Desalegn said, “I see my resignation as vital in the bid to carry out reforms that would lead to sustainable peace and democracy.” By GREG MILLS.

Hundreds of people have died in a wave of violence across Ethiopia since 2015. Demonstrations in Oromia and the Amhara region, comprising the two biggest ethnic groups in the country, had their roots in economic conditions, political restrictions, rights abuses and the domination of politics by the ruling coalition Ethiopian People Revolutionary Democratic Front (EPRDF) and especially the TPLF party originating from the small Tigray region, which had led the guerrilla war which toppled the military regime of Colonel Mengistu Hailemariam in May 1991.

A resultant state of emergency was only lifted in April 2017. At the start of 2018 the government announced the release of more than 2,300 prisoners, who had been jailed following the Oromia protests. The prime minister said at the time that this action was designed “to build a national consensus and to widen the democratic space”. Formerly the deputy (and Minister of Foreign Affairs) to long-term EPRDF leader Meles Zenawi, Hailemariam Desalegn had been sworn in as prime minister in September 2012 following Meles’ death from cancer.

He has been known as a reformer. Interviewed in Addis just two weeks before his resignation, Hailemariam acknowledged that politics and economics “are entwined, and both have to be addressed to address poverty. But they need to be developmental as well as democratic. If this is not the case, then development is at risk. But fundamentally we will not be able to cater for all interests without a fully democratic system.”

From his perspective, this related to the specific demographic considerations facing Africa.

Ethiopia’s economic growth rate, which averaged 10.5% a year from 2005 to 2016, was better than that of China or India during the 2000s. This is particularly impressive given the scale of its challenge: landlocked with a population of over 100 million people (making it Africa’s second most populous nation after Nigeria), increasing at 2.5% per annum, and having to extend governance over 1.1 million km2.

“The median age [in Ethiopia] is falling to between 16-18,” he noted, “with 70% of our population below the age of 30. Unless we have a truly democratic state, we will not be able to provide for them. But,” he warned, “it is a chicken and egg issue. If there is no growth, democracy is less likely and vice versa. Without full citizen support and engagement you cannot achieve the growth without which you will fail. We thus need to ensure a truly participatory process, otherwise the effects of growth will not reach everyone. And doing so is important as this engagement helps them to become productive, to be economically active and value creating.”

He described the Ethiopian system as a “democratic developmental model. If you look at Asia, they grew without democracy. In the context of the time, during the Cold War, this was possible through the bipolar divisions that created political space. We no longer have this context. Our model is that to fight poverty and reduce backwardness and bring about change we need to bring about democracy. Democracy and development are two sides of the same coin.”

Despite its economic growth, Ethiopia remains very poor, with its per capita income of just $500 being less than one-third of the sub-Saharan African average. And Ethiopia has been widely criticised for the lack of democratic space among civil society. It is scored, for example, 12/100 by Freedom House (where 100 is most free, and zero least) including 6.5/7 on Freedoms, 7/7 on Political Rights and 6/7 on Civil Liberties (where 1 is most free, and 7 least free).

The prime minister responded that these institutions themselves reflect the state of democracy throughout society. “Democracy is not only measured by parliamentary processes, but the health of engagement throughout society. While we have made mistakes, from which we must learn,” he observed, “the more the country develops, and the more demand is created, the more it democratises. As we want to achieve middle income status by 2025 and by 2050 a more advanced stage, we will have to change in this way.”

For Ethiopia, he maintained, thus “democracy is an existential issue. If we don’t democratise as fast as possible, we will end up failing”.

This required “developing proper democratic institutions as soon as possible, as a priority. It also means building a democratic culture. We are coming out of an undemocratic culture. It is government’s role to open up the political space to change this. This in turn,” he observed, would “enable growth in a positive cycle. But this takes time, even in the advanced Western nations. There is not country in fact which can claim it is fully democratic as it is a process of continual evolution.

“While we are a fledgling democracy, with hiccups in our process, we should not forget that we have enjoyed only two decades of democratic history and should not be measured now against Western democracies. We have constraint which we have to manage, where we are as a society, as a largely pastoral society in which clan ties operate. We also have to be sure not to derail our own governance systems,” contended Hailemariam, a Christian from the minority Welayta ethnic group in southern Ethiopia, “such as the Gada of the Oromo, which has been in operation for more than 2,000 years. And we have to have a literate, educated population, in which a Western style of democracy is much more feasible.

“This makes the support of outsiders,” he said, “very important both for education and for sharing best practices in these processes. But,” he warned, “outsiders need to understand the country specific situations before making judgements. Trying simply to baptise us with Western democracy does not work. And nor do attempts at regime change. Yet some countries use the measure that if there is no regime change there is no reform. By that measure where would be much of the Western world today?” he asked.

Equally, he acknowledged, this should not “excuse those who seek to change constitutions to stay for a lifetime, which is unacceptable, even though they might fear a loss of power would expose them to prosecution because of what they have done in power.

“Rather,” stated the prime minister, “the international community needs to give room for countries to democratise at their own pace, while staying on track.”

There is a developmental logic to all of this. Ethiopia’s continued economic success will depend on attracting greater foreign capital. Without this it will have to continue to suppress domestic, private consumption in part by keeping salaries low, with growing frustrations and likely political consequences. Yet attracting greater and more varied sources of capital will demand improving foreign investor space and guarantees and that will inevitably, sooner or later, require delinking party politics from institutional governance.

Did Hailemariam resign because he lacked public support, or does this act it signal division within the ruling coalition for his reforms? Time will tell. DM

Dr Mills interviewed the prime minister at Menelik Palace in Addis Ababa for a forthcoming book on African democracy.