Zimbabwe: Morgan Tsvangirai, ‘icon and fighter for democracy’, dies at 65 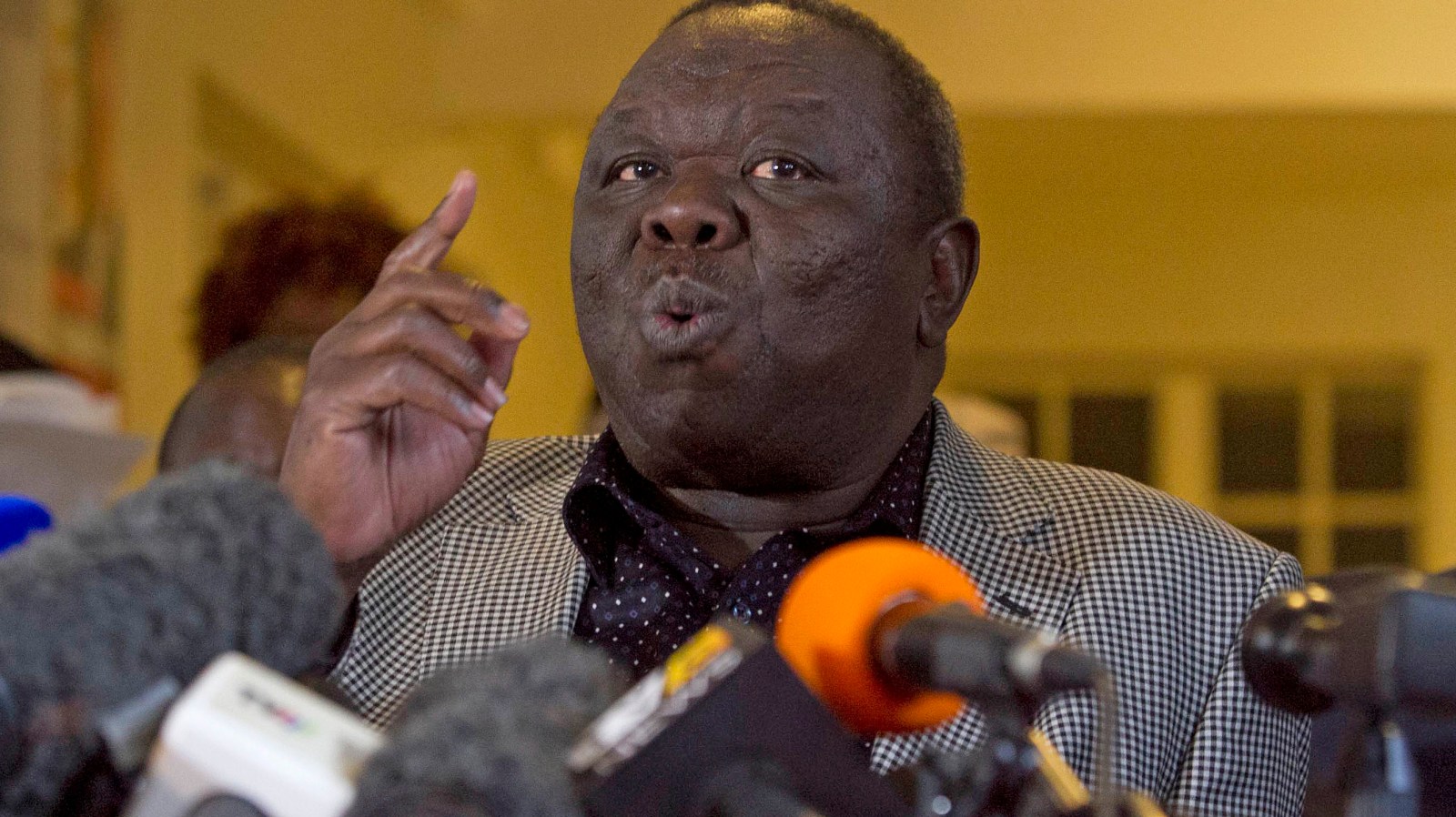 Zimbabwean opposition leader and former prime minister Morgan Tsvangirai, who came close to toppling Robert Mugabe’s authoritarian government 10 years ago, has died in Johannesburg after a long battle with cancer. By SALLY NYAKANYANGA and PETER FABRICIUS.

Elias Mudzuri, vice-president of the Movement for Democratic Change-Tsvangirai (MDC-T) party which Tsvangirai, 65, had led, announced Tsvangirai’s death on Twitter: “As you are aware that our MDC-T President, Dr Morgan Richard Tsvangirai has not been feeling well for some time, it is sad for me to announce that we have lost our icon and fighter for democracy. Our thoughts and prayers are with the family, the party and the nation at this hour.”

Tsvangirai will be remembered most for bravely fighting and very nearly unseating his arch-enemy Mugabe in 2008 when he polled more than the recently ousted ruler in presidential by Mugabe’s Zanu-PF.

But he will also leave a legacy of bitter divisions in MDC-T as he had no succession plans, observers said. He recently stood and was accepted by the MDC-T and its allied parties as its presidential candidate for elections later in 2018, even though he knew he was terminally ill. This has left rivals to fight among themselves to succeed him as party leader and candidate.

Alex Magaisa, who was an adviser to Tsvangirai when he was prime minister during the unity government from 2009 to 2013, and is now an academic and law lecturer at the University of Kent, said:

“Morgan will always be an icon of the democratic movement in Zimbabwe. He was a trailblazer who courageously faced a ruthless machine, but fought bravely and led the largest movement to confront Zanu-PF. He would have been president of Zimbabwe had he not been cheated on several occasions. Zimbabwe has lost a national icon and the opposition has lost a leader.”

Tsvangirai, then secretary general of the Zimbabwe Congress of Trade Unions, founded the MDC and became its first leader in 1999. In 2000 the MDC rattled Mugabe’s Zanu-PF by coming within a few seats of beating it in parliamentary elections.

Many observers believed Tsvangirai had in fact won outright. But because he did not get 50% of the vote, a run-off election was called. Zanu-PF launched its militias in a campaign of violence against MDC supporters, forcing Tsvangirai to withdraw from the contest, leaving victory to Mugabe.

But the regional Southern African Development Community, hitherto indulgent of Zanu-PF’s authoritarianism, was not convinced by Mugabe’s victory and was disturbed by images of political violence. With then South African President Thabo Mbeki as its special envoy, it persuaded Zanu-PF and the MDC to enter into a power-sharing unity government, with Mugabe remaining as president and Tsvangirai taking the new post of prime minister.

This unity government ruled from 2009 to 2013. The MDC’s participation, especially in the critical finance portfolio, helped to stabilise the Zimbabwe economy though Mugabe ceded no hard power. In 2013, after the unity government expired, Zanu-PF and Mugabe thumped the MDC and Tsvangirai in elections and Tsvangirai returned to lead the opposition.

Former senator and education minister David Coltart, a member of the other MDC faction, MDC-Ncube, said Tsvangirai’s greatest achievement had been to lead the campaign to change Zimbabwe’s constitution (to a more liberal one) in 2013.

“That was his crowning achievement,” Coltart said. “Had it not been for his leadership and his determination, I think we would have been stuck with our old constitution.

“And I think the other achievement is that he showed not just Zimbabweans but other Africans right across the continent that peaceful change is possible. Although he never acquired power, his assumption of power as prime minister in 2009 was the result of a determined, long struggle which was by and large peaceful.

“His departure will no doubt cause major problems within his own party, the MDC-T, where there is a very fierce contestation taking place and one of his unfortunate legacies is that because of his charisma, because he was such an iconic figure, his party’s brand was largely centred on him as an individual.

“That means there is no clear succession plan and we may see further serious divisions within the MDC-T.”

Coltart said Tsvangirai’s death meant that Zimbabwe’s new president, Emmerson Mnangagwa, was going to have a much easier ride in this year’s presidential elections.

“There’s no doubt that a healthy and fit Morgan Tsvangirai would have presented a very serious challenge to Emmerson Mnangagwa. There’s no one else contesting this year who has the same stature, the same name recognition, the same rapport with working class people as Morgan had. And as a result Emmerson Mnangagwa’s job is made a lot easier.”

Magaisa said about this, “I don’t want to talk politics for now, but all I can say is that the party should mourn Morgan Tsvangirai at the moment, bury their differences, sit down and behave like mature people if the party is to move on.”

Jestina Mukoko, the Chairperson of the Zimbabwe Human Rights NGO Forum, a coalition of more than 20 human rights bodies, agreed that the MDC leadership owed it to Tsvangirai’s memory “to bury their past and through demonstrating cohesion within the party to enable it to continue with the struggle for which Tsvangirai paved the way”.

“It is indeed a sad day for Zimbabwe,” she added. “Morgan Tsvangirai contributed immensely to changing the profile of the political landscape in Zimbabwe. Since the time the party was formed in 1999 Zimbabwean politics was never the same again. It is therefore sad that he is gone,” Mukoko said.

Tsvangirai’s career was not without controversy. Some in his own party accused him of an autocratic leadership style, particularly in 2005 when they said he overrode a party decision to participate in the 2005 Senate elections. Tsvangirai decided instead that the MDC should boycott the election. The dispute prompted Welshman Ncube to walk out with several MPs to form a new party, MDC-N.